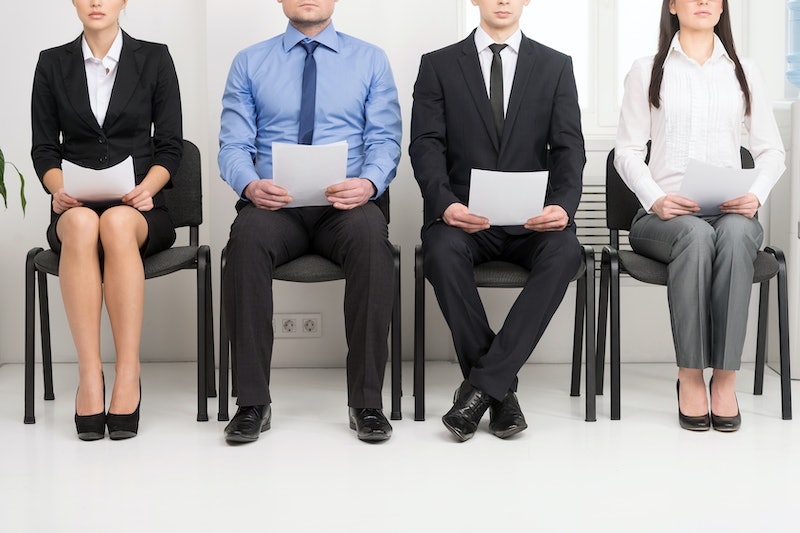 Getting a job, as most post-grads know, is no easy task — the networking, emailing, interviewing, and headache that is unemployment can feel overwhelming and insurmountable at times. But a new study from Chicago's Booth School of Business found a trick that might help you get a job just a bit faster — you’re more likely to get hired when employers hear your voice. Simply picking up the phone or setting up an informational interview will make you a more appealing candidate than those who stick to using their Gmail.

The study, which was published in Psychological Science, might just seem quirky at first — but in a job market this tough, Millennials (and everyone else, for that matter) should be taking all the advice that we can get! The study’s findings are actually quite logical; after all, wouldn’t you rather hear what someone has to say about their employment aspirations, rather than read it in an email? Emails can be read and reread, scanned for mistakes, and stay in an inbox for quite some time. As such, they're typically more professional and formal; however, they can also come across as stiff and lacking in personality. But that’s actually not why more prospective employers and recruiters prefer to hear a candidate’s voice. The study found that hearing a potential employee’s voice was actually a good way to gauge their mental capacities and intellect — who knew? Here are the details:

The study's authors, Juliana Schroeder and Nicholas Epley, performed five different experiments in order to control for compounding factors. Most of them, however, centered around one thing: Participants presenting prospective employers and recruiters with their "elevator pitch," AKA a short description of their qualifications for a job. Some participants wrote out their pitch; some vocalized their pitch; some performed their pitch for a video camera; and others had a performance of their pitch transcribed. The employers and recruiters then read, listened to, or watched the pitches before rating each candidate on their intellect, general impressions, and hiring likelihood.

After each experiment, those with the hiring power preferred the candidate whose voices they heard. It did not make a difference whether they heard the pitch through a video or audio recoding, and the transcribed pitches were as unfavorable as the written out pitches. In other words: It’s all about the vocal cords.

Candidate who used their voices were evaluate more highly on general impressions, intellect, and interest in hiring the candidate. Every experiment shows that you will be seen as more capable and intelligent if you find a way for employers to hear your voice.

So next time your find yourself vying for a job or interview, don’t send an email — pick up the phone already!

More like this
Discord Might Be A Twitter Alternative — Here’s How To Use It
By Alexis Morillo
An Open Letter To The Person Who Bought Steve Jobs’ Birkenstocks For $218,000
By Ginny Hogan
Dyson Is Dropping Futuristic, Air-Purifying Headphones
By Rachel Lapidos
8 Money Saving Experts To Follow For Accessible Advice
By Maxine Harrison
Get Even More From Bustle — Sign Up For The Newsletter