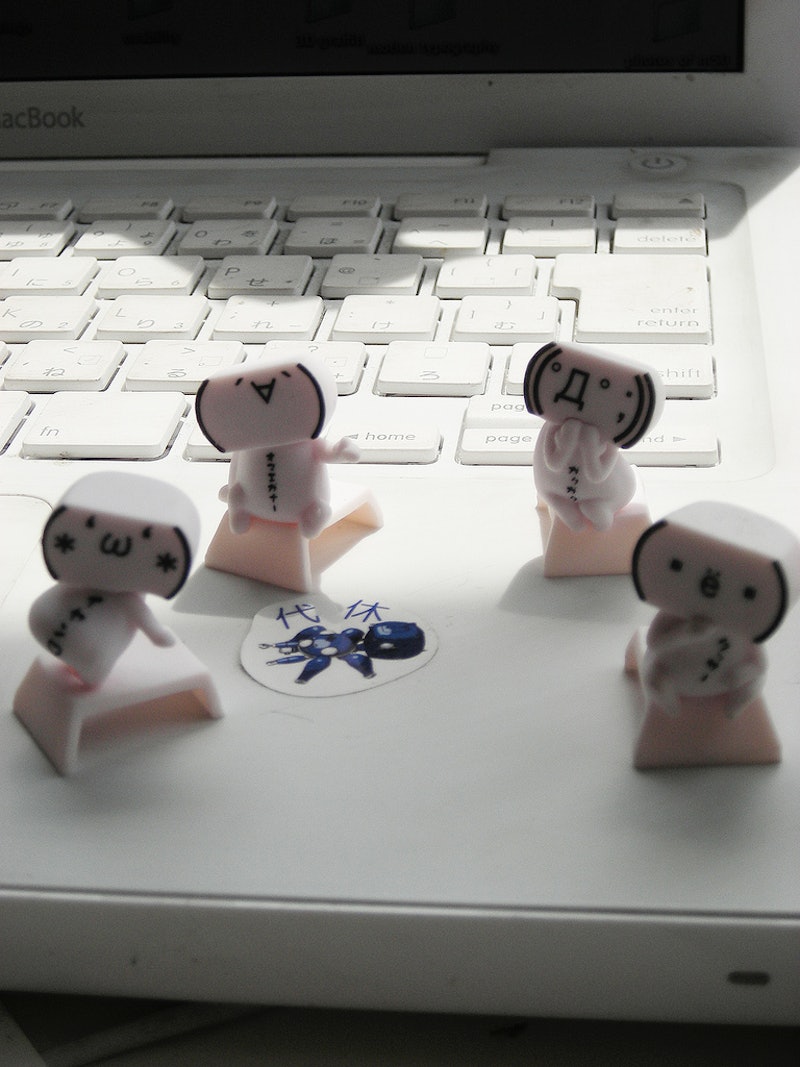 File this one under “Cool Stuff You Probably Don't Need To Know, But Will Be Super Happy That You Do”: There is a website called JapaneseEmoticons.net, and it is essentially a gigantic online dictionary of every single Japanese emoticon, or kaomoji, you could possibly want to use. In fact, it probably has every single kaomoji you didn't even know you wanted to use — and then some. And then some more. And then even more after that. Seriously, you guys — nothing will make you wish like you had a computer capable of typing more than just letters and numbers more than this website will. Curse the limitations of the English language!

First things first, though: What the heck are kaomoji and how are they different from emoji? I just learned this word today, so allow me to share what I've learned with you, Gentle Readers. You likely already know what emoji are — little pictures you can insert into your texts, emails, and other digital communications to represent everything from how you feel to what you're doing later that night—but kaomoji are a little bit different. According to JapaneseEmoticons.net, the word itself literally translates to “face mark”; the images are created the same way old-school emoticons are — that is, by stringing together a variety of letters, symbols, and punctuation marks such that they look like a tiny little picture — but they're way, way cooler than any of the ones we used to use back in middle school. Why? Because our alphabet is boring, that's why.

JapaneseEmoticons.net divides its gigantic list of 10,000 kaomoji into four categories: Feelings, Animals, Actions, and Miscellaneous. Miscellaneous is by far my favorite category, for one reason, and one reason alone: It contains kaomoji memes. In case you've ever wanted to represent Strutting Leo or Captain Picard facepalm, or Awkward Moment Seal using nothing but the buttons on your keyboard… well, now you can. Or you can at least copy and paste them.

Here are 10 random kaomoji I really wish I had a keyboard capable of typing. I would use them all. The time. For reals.

This, to me, is a hangry face; clearly that shape on the right is our yin-yang-eyed dude flipping us off because he's so hungry, right?

Because owls are the best.

Who doesn't feel like flipping a table every now and again?

You can count on me to get it done!

I don't know, guys — it looks kind of like his mustache is coming out of the middle of his nose, rather than being positioned beneath it. But whatever — I'll take it.

This is what I look like when I am plotting and scheming. Muahahahahahaha.

This, on the other hand, is often my default state.

I may be terrible at dancing in real life, but on the keyboard, I am a beast. Or something.

And because I have to, here are my final two favorites:

See more over at JapaneseEmoticons.net, and check out their app on iOS and Android if you're so inclined.