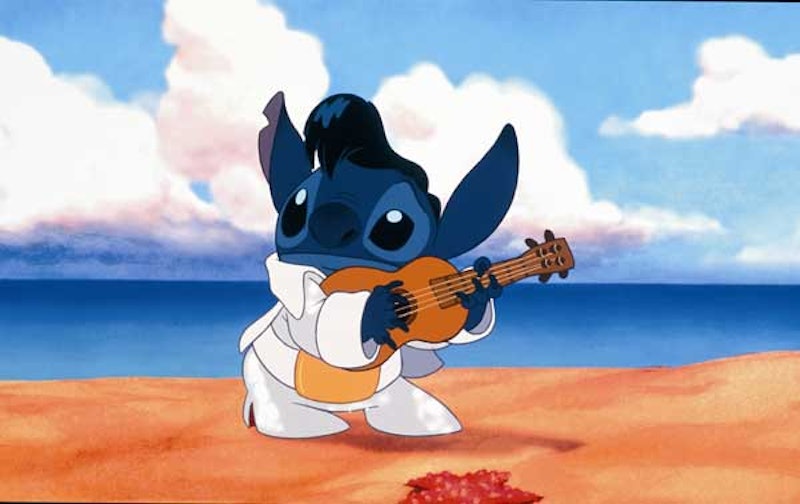 Looks like Walt Disney Studios is throwing caution and money to the wind and just going insane with their next few projects. And their new flavor of the week: LIVE ACTION, BABY! They haven't totally given up on animation — Frozen alone is proof of that (and that they shouldn't) — but they've been feelin' it with regards to live-action adaptations. Their newest adaptation of an old classic? Tim Burton's creating a live-action version of Dumbo. Disney has worked with Burton before on Alice In Wonderland, so that news isn't really news... but why Dumbo, when there are so many other Disney animated films that would much better suit a live-action adaptation?

Luckily, though, Disney seems to be proceeding full-speed ahead with their live-action fare, so why not take this time to make some suggestions of old classics they can bring to the big screen with real celebs? So far, we've got Tim Burton's Alice In Wonderland (2010) with Mia Wasikowska as Alice, and Helena Bonham Carter as the Queen of Hearts, and then there was Into The Woods, Maleficent, and the forthcoming Beauty And The Beast starring our gal Emma Watson. Cinderella is next up to hit the screens on March 13. All great projects, but kind of expected choices, no? Here are some suggestions of movies Disney can bring to the IRL world of film:

If you don't think this is the funniest Disney film, you need to take a long hard look at your life. "No touchy" is still a big part of my vocabulary. Bonus: all the voice actors look almost exactly like their characters: David Spade as scrawny, vain little Kuzco who's humbled when he is turned into a llama; good-hearted John Goodman as peasant Pacha, Patrick Warbuton aka PUDDY from Seinfeld as the dim-witted, big-muscled (and oddly good cook) henchman of evil Yzma. Bring 'em all back to the screen! David Spade as a CGI llama would be gold! Unfortunately, the illustrious and all-around perfect Eartha Kitt, who voiced villainous Yzma, is no longer with us — so whoever would play Yzma in a live-action would have very big shoes and eyelashes to fill.

Another great, largely due to the fact that Hercule's "supporting" characters are the business. There's Hades, the sleazy king of the underworld that never stops scheming and talking; Danny DeVito essentially playing himself as Philoctetes, and Meg, one of the greatest Disney heroines because she really, REALLY doesn't want to get mixed up in funny business with any men. In her own words, No Chance, No Way. She's a Disney girl that deserves to be big-screened.

This movie makes me wanna curl up in a ball and sob. But in a good way. The story of sisters Nani and Lilo trying to make it as a family and Lilo trying to fit in even though she's rebellious and then a tiny blue destructive alien makes them all realize what family is... please leave me at this emotional time. Would be GREAT to see this live-action, not only because it's set in beautiful Hawaii, but also to have two women of color (well a woman and a girl) in the main roles.

I don't know how and by what magic they would use to make this happen, but just get it done, Disney. Get. It. Done.