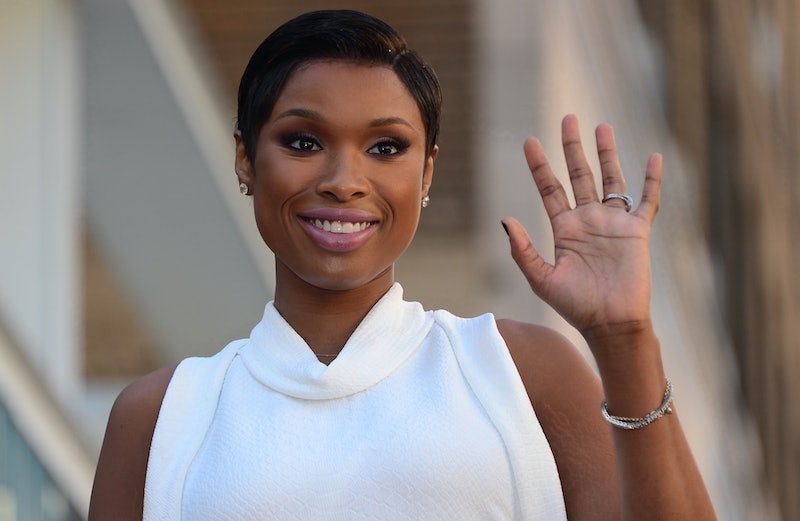 It's kind of crazy to think about the fact that Empire premiered to huge success and then only got bigger from there, but it happened. Empire is basically the show that just won't stop, and it shows no signs of slowing down anytime soon. It's on such a roll, its even managed to snag Oscar winner Jennifer Hudson, who is slated to appear in at least one Empire episode as Michelle White. Who is she? What does she have to do with the Lyons? Here's hoping she's not any sort of a boo boo kitty in Cookie's eyes.

Empire's pretty good at keeping its storylines tightly under wraps — like how Raven-Symone showed up with Jamal's daughter in tow, which was shocking — so Michelle White could literally be anyone and do anything. Hopefully she'll stick around for a few episodes, because who doesn't love Jennifer Hudson? Seriously, everyone loves JHud, if I'm allowed to call her JHud like we're best friends.

She's also halfway to to EGOT, having earned an Grammy and an Oscar already. Now that she's gracing the small screen with Empire, might an Emmy be in her future soon? We'll have to see when she shows up and brings down the house, naturally. But aside from this guest spot on Empire, what else has Hudson been up to recently?

Hanging Out With Her Dog

Hudson has a dog named Oscar, who appears to be a total diva, but that's OK in my book. We're all allowed to have pets that demand way too much attention.

Hanging Out With Ridiculously Famous People

She sat next to Meryl Streep at the Oscars, no big deal. Hudson performed during the In Memoriam section and sang, "I Can't Let Go" from Smash.

An Awesome Collab with Iggy Azalea

Hudson joined Iggy on "Trouble," and now I have trouble not keeping this song on repeat all day long. It's just that good, and the music video is even better.

She Released Her Own Album Last Year Too

JHUD was released in 2014, and there's no question in my mind that it was one of the best albums of the year. If you haven't bought it yet, you need to.

But What About More Movies?

Hudson's huge breakout role was Effie in Dreamgirls, and that's what earned her an Oscar. Since then, she's been in a few movies here and there, and the last big one was Black Nativity in 2013. She doesn't have any other projects lined up at the time being, but that doesn't mean that won't change. Maybe Empire will give her an acting career a boost.