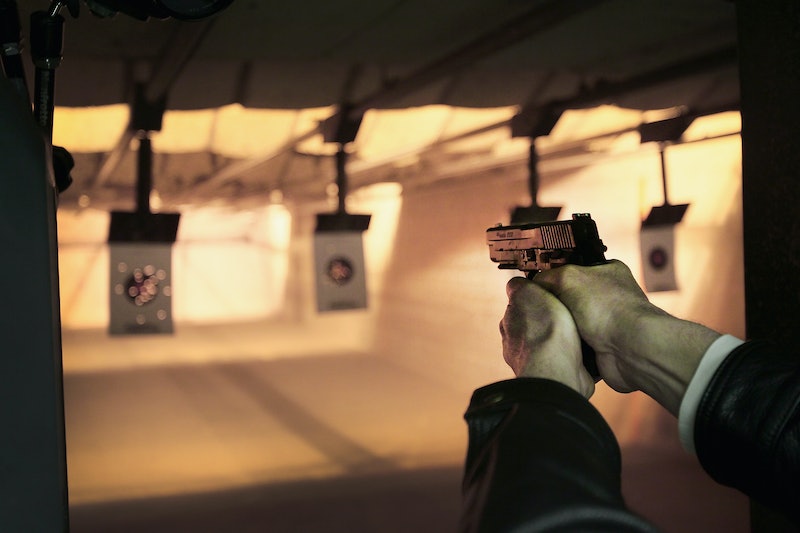 In what can only be described as a rather alarming commitment to capital punishment, Utah will now allow a firing squad to carry out executions if lethal injections are unavailable, becoming the first state in the union to pass such a measure. The state outlawed the practice in 2004, forbidding prisoners from electing this method in place of a lethal injection, although they still honored requests made before the change. The last inmate to be executed by way of gunfire was Ronnie Lee Gardner, who met his end in June of 2010. The governor of Utah, Gary Herbert, has remained mum on whether or not he will ultimately sign the law into existence, but the state senate passed the final vote in favor of the "backup execution method" on Tuesday evening.

The proposed law comes at a time when the humanity and constitutionality of capital punishment has come under national scrutiny, following significant controversies surrounding the use of lethal injections. A number of states have delayed executions following a number of botched procedures that left convicted felons writhing in pain and gasping for breath in their last moments. In January, the Supreme Court agreed to take up the case of lethal injection use in Oklahoma, and stayed three executions as they prepare to debate the existing protocol this spring.

But it is not only the justice system that poses a threat to the existence of lethal injections in the United States. Both Texas and South Carolina are reportedly running dangerously low on the drug used in these executions, and have nowhere else to turn for their supply. Of course, that hasn't stopped trigger-happy (or rather, injection-happy) states from examining all possible channels. Jason Clark, spokesman for the Texas Department of Criminal Justice, told CNN, "We're exploring all options including the continued use of pentobarbital or an alternate drug(s) in the lethal injection process."

Tennessee, which may also run into a shortage problem soon, has said that it will turn to the electric chair as a viable option if it cannot find the necessary drug cocktail. Oklahoma, which has served as a lightening rod for much of the capital punishment controversy thus far, is also considering using nitrogen gas to execute its inmates. While both Wyoming and Arkansas legislatures have also considered using firing squads, the measure died in the former and many seem skeptical of its passage in the latter. So as of now, Utah stands alone on this front, which critics say will earn the state international horror and ridicule for returning to an antiquated practice.