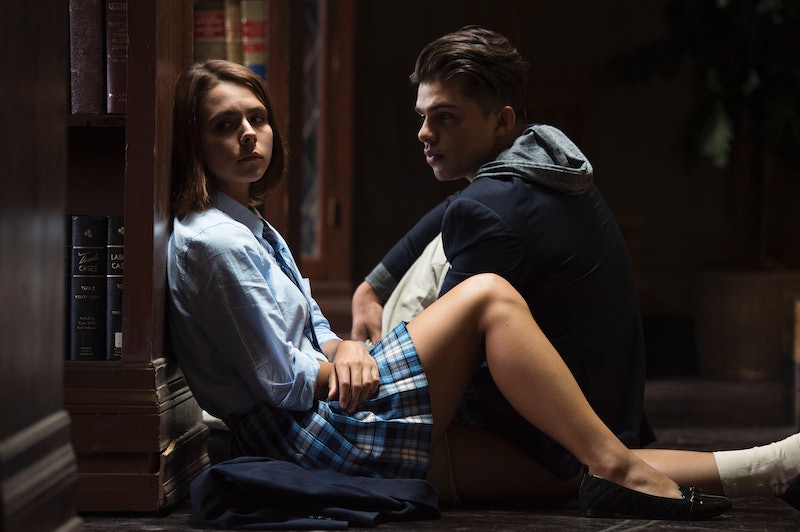 Wuthering Heights was one of those books that people were obligated to read in high school, so it's only fitting that Lifetime took the plot to a literal high school with its new original movie Wuthering High School. The title directly references Emily Brontë's novel, so how similar is Wuthering High School to the original book? I actually find Wuthering Heights to be a much better read as an adult than a high school student — it's hard enough to like the characters, their emotions are hard to relate to when you're a teen, and it's just plain difficult to read the book in a short, assigned period of time. So maybe seeing this adaptation as an adult will follow suit and improve upon your first experience with the story. Below is Lifetime's description of the movie.

In this modern retelling of Emily Brontë’s classic novel Wuthering Heights, Cathy Earnshaw is an outcast at her wealthy Malibu high school, where she struggles to cope with her mother’s tragic death. Sadness turns to exhilaration when her father brings in Heath, a troubled kid...Cathy and Heath are irresistibly drawn to each other, desperately filling the voids in each other’s lives. But theirs is a destructive love ...

Although the time period and setting have been changed for Wuthering High School, Wuthering Heights is a tragic and dysfunctional love story, which is right up Lifetime's alley. So let's take a look at some of the core similarities and differences between the film and the English lit novel.

Catherine Earnshaw is the name of Brontë’s female lead — and goes by the name Cathy (and she also has a daughter that goes by Cathy). Wuthering High School sticks with the main character going with the name Cathy Earnshaw. The male lead in the novel is the troubled Heathcliff, which the movie has shortened to Heath. I guess I can't blame it, since high school life for a boy named Heathcliff would be even more difficult ever since that orange cat came along.

The location of the book Wuthering Heights is almost a character onto itself, so the fact that Wuthering High School takes place in Malibu, Calif. is a huge shift. The sunniness of California doesn't match the original novel's moodiness (and broodiness) of the moors in northern England, but the film does use the rocky mountain cliffs and ocean for dramatic effect.

Wuthering High School is really Cathy's story with actress Paloma Kwiatkowski narrating the Lifetime movie. The novel is from Mr. Lockwood's perspective — a man staying at Heathcliff's Thrushcross Grange who has ghostly visions of Cathy and is intrigued by their story. I'm OK with this shift since I never cared that much about Mr. Lockwood and he seemed like a literary device to just get to all of the good drama stuff.