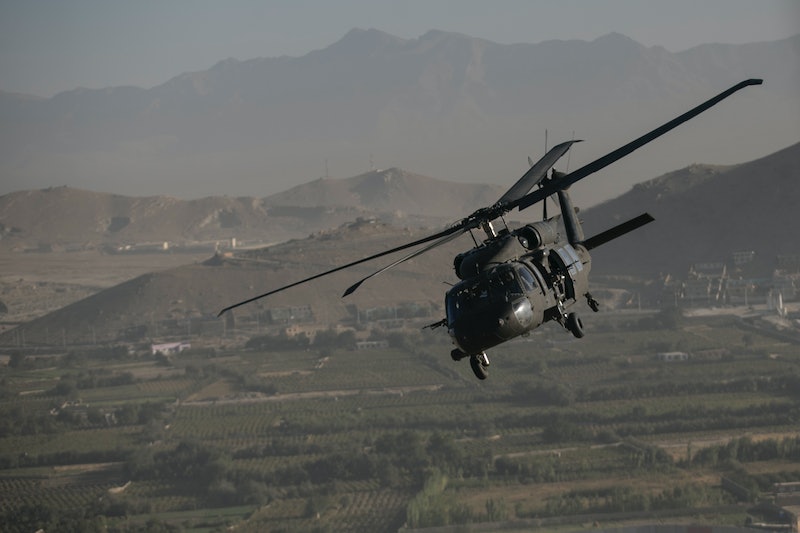 After departing from Destin, Florida, on Tuesday night, an Army helicopter is now the subject of a search-and-rescue mission. The UH-60 Black Hawk military helicopter is believed to have crashed near Florida over the water. According to reports on Wednesday morning, the helicopter was carrying seven Marines and four soldiers, who are now presumed dead, and officials have uncovered debris along with human remains. It is unclear what exactly caused the crash, but meteorologists have confirmed that heavy fog had caused low visibility in the area from Tuesday night to Wednesday morning.

A Pentagon official confirmed to the Associated Press that the 11 servicemen were participating in a routine night training mission when their chopper when missing around 8:30 p.m. Human remains had been uncovered in the on-going search-and-rescue mission, according to Sara Vidoni, a military spokeswoman for Eglin Air Force Base outside Pensacola, and helicopter debris was also discovered around 2 a.m., Eglin spokesman Andy Bourland told the AP. A Coast Guard official told NBC News that the helicopter's tail rotor was found among the debris.

The UH-60 Black Hawk helicopter, which was from the Army National Guard, was one of two choppers participating in the training routine when it crashed near a stretch of beach between Destin and Pensacola. On Wednesday morning, local law enforcement officials gathered there along with the Coast Guard, whose search boats looked through the water despite hampering weather conditions.

Officials at the National Weather Service in Tallahassee told the AP that the area had been under a fog advisory at the time of the crash. The lingering fog kept the area under advisory into the morning and has impeded the search operation.

The beach where the crash site is located has been owned by the U.S. military since before WWII. Today, its 20-mile area is used for test missions for special operations units from all branches of the armed forces. The beach, ocean, and bay provide ideal training areas for water-based missions. A common exercise trainees must go through involves jumping out of a helicopter into the water and making their way to shore. It's likely that those aboard the downed helicopter were participating in a similar exercise.

Bourland confirmed that the missing Marines were part of a special operations group based in Camp Lejeune, North Carolina, and the soldiers were from a National Guard unit in Hammond, Louisiana. The names of the 11 servicemen have not been released.

"At this time all are missing," Bourland told the AP. Images: Getty Images (2)