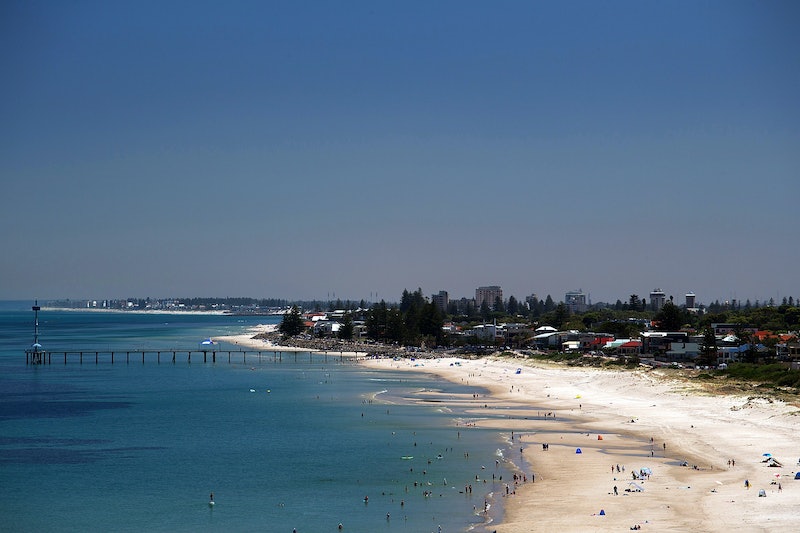 Last July, an unopened towelette packet bearing the distinct Malaysia Airlines logo washed up on the west coast of Australia, sparking questions about whether it might be the first piece of wreckage from the missing MH370 flight. The towelette was turned into the local authorities last summer, but the news of its discovery was broken by Australia's Nine News Tuesday. The news follows closely on the heels of the one-year anniversary of the plane’s mysterious disappearance on March 8, 2014 with all 239 passengers onboard. Authorities in Canberra, Australia, are currently testing the towelette to see if they can link it to the plane, but caution that the chance of establishing any firm link is low.

An Australian couple, Kingsley and Vicki Miller, stumbled across the small white packet when walking on the beach in their hometown of Cervantes on July 2, 2013. Cervantes is some 250 miles north of Perth, which makes it feasible that debris from the plane could have washed up there — provided that authorities have pinpointed the aircraft’s trajectory correctly.

The Millers were immediately suspicious that the towelette might have some connection to the missing flight because the packet remained sealed. They turned it into local authorities, which have since passed it on to Canberra for testing.

"It is unlikely, however, that such a common item with no unique identifier could be conclusively linked with MH370,” the Australian Transport Safety Bureau told Agence France-Presse.

Obviously, the packet’s presence on the beach could be explained by any number of reasons. Passengers take the hand wipes from planes all the time to use later.

That the discovery of a mere towelette could set headlines buzzing around the world — even eight months after the initial encounter — reflects just how much anxiety still revolves around the missing plane.

It has been over a year since Malaysian Airlines flight MH370 took off from Kuala Lumpur and then vanished from radar contact before reaching Beijing. In the months since, a coalition of governments has worked together to try to locate the missing plane and to piece together the flight’s final hours. And while aviation experts now feel confident that the plane did turn south and head out over the southern Indian Ocean before losing its final contact with the satellite system, more than 300 passes from planes and ships searching for the plane have failed to turn up any debris. No engine turbines, no pieces of wreckage or passenger baggage. Perhaps, so far, only an unwrapped towelette.

An intensive search remains underway in the tumultuous seas 1,000 miles west of Perth. A team of Australian search vessels is scouring a 23,000 square mile-sized chunk of the seabed for signals from the flight’s cockpit voice recorder. According to an interim report on the plane published by investigators on Sunday, the battery powering the locating beacon on the Boeing 777’s blackbox recorder — a vital instrument for locating a missing plane at sea and reconstructing what might have occurred to it — expired in December 2012. There is no indication that the battery was replaced, which could mean that the locator beacon on MH370’s flight data recorder is no longer sending out electric signals for searchers to pick up.

Martin Dolan, chief commissioner of the Australian Transport Safety Bureau, indicated to the BBC last week that the Australian authorities were hopeful that this search would turn up the plane:

Searchers have already covered about 40 percent of the designated area and are on schedule to finish by late May. Australian Prime Minister Tony Abbott has promised to begin yet another round of searching if this one proves unsuccessful. Yet he also indicated that the Australian government cannot continue to expend such a huge volume of money, time and resources on the search indefinitely.

“I can’t promise that the search will go on at this intensity forever, but we will continue our very best efforts to resolve this mystery and provide some answers,” Abbott said during a parliamentary address on March 5.