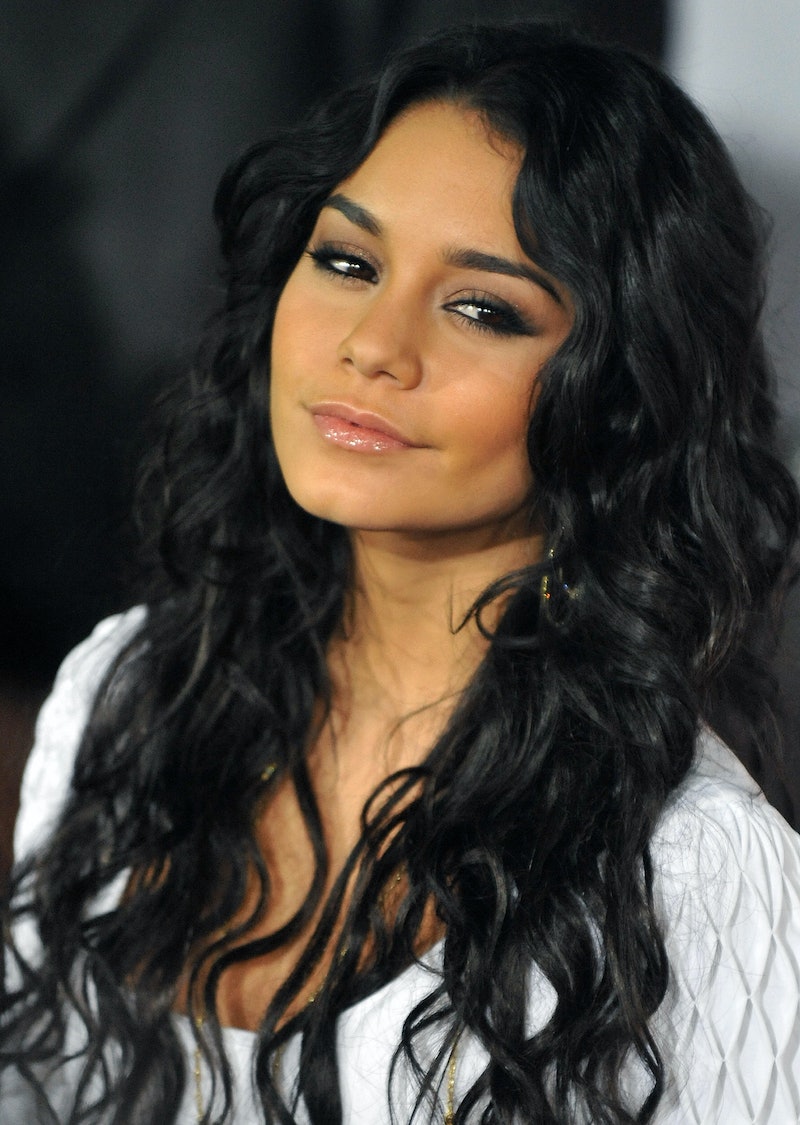 Since all the make-up and photoshopping tutorials out there have made it so easy for just about anyone to create images of perfection, there's something super charming about someone who's willing to show their true face despite the endless avenues for manipulation offered by the interwebs. Vanessa Hudgens posted an awesome bare-faced selfie that proves she literally #wokeuplikethat. If we weren't already amazed by how gorg she manages to look au natural, she added her gorgeous pup to the photo — because everything's better with a puppy in the mix.

There are few celebs out there who pull off the #wokeuplikethis selfie without suspiciously looking like they spent half an hour trying to create the no-effort look. But Hudgens keeps it real in the 'gram, striking a Beyonce "Flawless" pose and looking like a star while doing it. I seriously wish that more celebs would go makeup free to encourage other women out there to do the same – especially when it's done authentically. Waking up with your adorbs best friend on a Tuesday is totally cause to brave a mask-free Instagram post and spread some self-love.