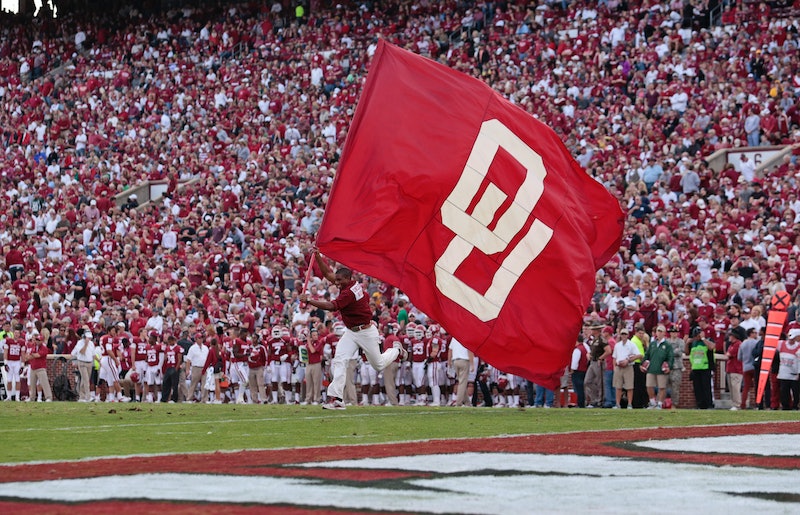 The viral video that emerged Sunday of Sigma Alpha Epsilon students chanting a racist song has horrified a country still recovering from strained race relations. SAE, as which the fraternity is more commonly known, have long made headlines for controversial behavior. In fact, a look into SAE shows a history of racially charged behaviors and problems of sexual assault and hazing.

The continued fallout has also caused the SAE fraternity to investigate other incidents within its national network, including those that took place more than two decades ago, the organization said in a statement.

Several other incidents with chapters or members have been brought to the attention of the headquarters staff and leaders, and each of those instances will be investigated for further action. Some of the allegations refer to incidents, which Sigma Alpha Epsilon acknowledges, from more than 20 years ago. Although we cannot change the past, we can learn from the present and alter the future.

SAE National President Brad Cohen apologized to the black community via his Facebook, saying there was still more work to do to make the fraternity "bigger, stronger, and more tolerant than ever in our 159 year history." That work will hopefully come "Sooner" to Oklahoma than later, as the school continues its investigation into other SAE members in the video. But the question remains whether 200 other college campuses, where SAE holds charters, will take note.

One of the oldest fraternities in the country, SAE was founded at the University of Alabama in Tuscaloosa in 1856 during the height of the South’s desire to secede from the Union. SAE is the only existing national social fraternity that was founded in the antebellum South, according to its website. SAE’s growth was largely confined to the South until the Civil War began. The fraternity said on its site the majority of its 400 members fought for the Confederate States. SAE spent decades rebuilding and expanding its reach. Today, around 15,000 members make up 219 chapters and 20 colonies (groups bidding for official chapter status).

The mission of Sigma Alpha Epsilon, as stated on its website, is to “promote the highest standards of friendship, scholarship, and service for our members based upon the ideals set forth by our Founders and as specifically enunciated in our creed, ‘The True Gentleman.’” A True Gentleman is described on the site as a person “who thinks of the rights and feelings of others, rather than his own; and who appears well in any company, a man with whom honor is sacred and virtue safe.”

1981-1982, University of Cincinnati: SAE members held a Martin Luther King “trash party” to coincide with the anniversary of the civil rights leader’s death. Attendees were encouraged to wear KKK white hoods, dress in black face and bring fried chicken. The chapter was suspended for two years.

2006, University of Central Florida: The fraternity was banned for six years after campus police found intoxicated students on the frat house floor. The pledges were wearing outfits that included pink fairy wings, a rainbow-colored wig and diaper, and women’s underwear.

2012, Salisbury University in Maryland: Dark hazing rituals revealed in a 2014 Bloomberg story — which included standing half-naked in ice water and being locked in a dark basement without food, water, or access to a toilet for hours — prompted SAE to ban pledging practices at all of its chapters. Bloomberg dubbed SAE the “deadliest” fraternity in the country, with nine deaths related to drinking, drugs, and hazing since 2006.

2013, University of New Mexico: The chapter’s charter was revoked for four years after allegations of a sexual assault on UNM's campus emerged. The fraternity was not held responsible for violating school codes regarding sexual assault, including rape, because the alleged actions came from an individual, and not the chapter as a whole. Sexual assault accusations on other college campuses have led some to say “SAE” stands for “Sexual Assault Expected.”

2013, University of Southern California: A visiting female college student suffered a serious head injury at a SAE party filled with underage drinking. The incident led to the suspension of the chapter and its events.