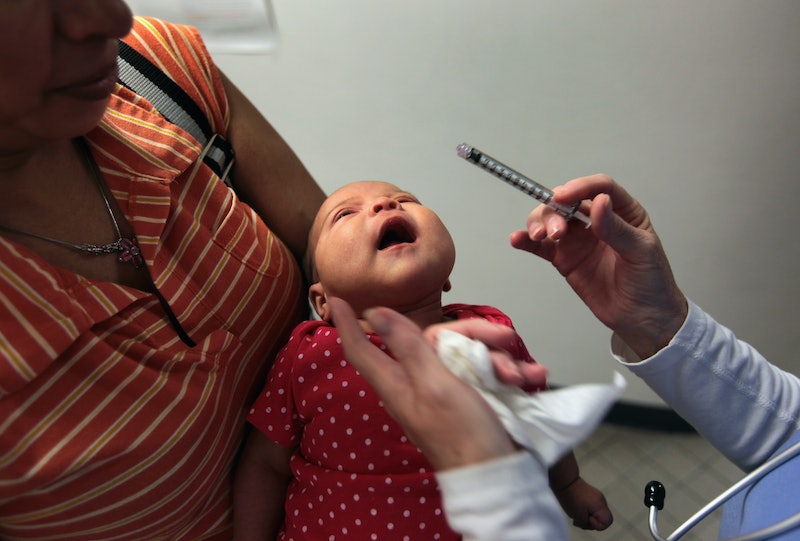 This week, McNeil Consumer Healthcare, a subsidiary of pharmaceutical giant Johnson & Johnson — the company responsible for producing Tylenol, Motrin, and a host of other medical-related products — copped a plea in federal court, and the details are pretty worrying. Basically, Tylenol plead guilty to selling metal-contaminated medicine on Tuesday, agreeing to pay a $25 million for the criminal charge.

Back in 2010, recalls were issued for products including liquid Infant's Tylenol and Children's Motrin — well after the company had been alerted to the presence of black specks, which turned out to be metal, in the bottom of a medicine bottle. The initial consumer complaint was made in May 2009, according to The Intelligencer, but it took until April the following year for the subsequent recalls to come out — specifically, after the FDA investigated the situation, and the company identified 30 different batches of such drugs that had been similarly tainted.

And while nobody should risk consuming metal while they're taking an over-the-counter drug, there's something even more upsetting about the thought of young children bearing the brunt.

As detailed by Time, it wasn't the first instance of the company's products being hit by a recall. A slew of them occurred in 2008 and 2009 as well, affecting millions and millions of drugs plagued both by metal particles and moldy smells. A handy rule of thumb: if your over-the-counter medicine smells of mold, that's a pretty good indication that something's amiss.

McNeil, for its part, is obviously trying to move past this disturbing chapter. That's exactly how a spokesperson for the company described the plea to Reuters, in fact, saying it "closes a chapter," and that the company has "been implementing enhanced quality and oversight standards across its entire business."

Hopefully, this is true — the real measure of progress in this sort of story is how things change going forward. We know now that the standards at the Fort Washington, Pennsylvania manufacturing plant were insufficient, to put it mildly.

It is worth noting, however, that the $25 million financial penalty is little more than a drop in the bucket to Johnson & Johnson. The company rakes in billions and billions in net income annually, and despite the negative publicity this incident has caused, there's no real reason to think it'll pose any major risk to the company's long-term health or stability.

More like this
If Your Refrigerator Is A Mess, These 25 Organizing Products Can Help
By Courtney Young
This Wine Company Has Answered My Prayers For Delicious Single Servings Of Wine
By Caroline Goldstein
The Best Mug Warmers For Keeping Your Coffee & Tea Hot All Day Long
By Masha Vapnitchnaia
If You Want To Get Serious About Coffee, Trade’s Subscription Has Literally Everything You Need
By Carina Finn
Get Even More From Bustle — Sign Up For The Newsletter