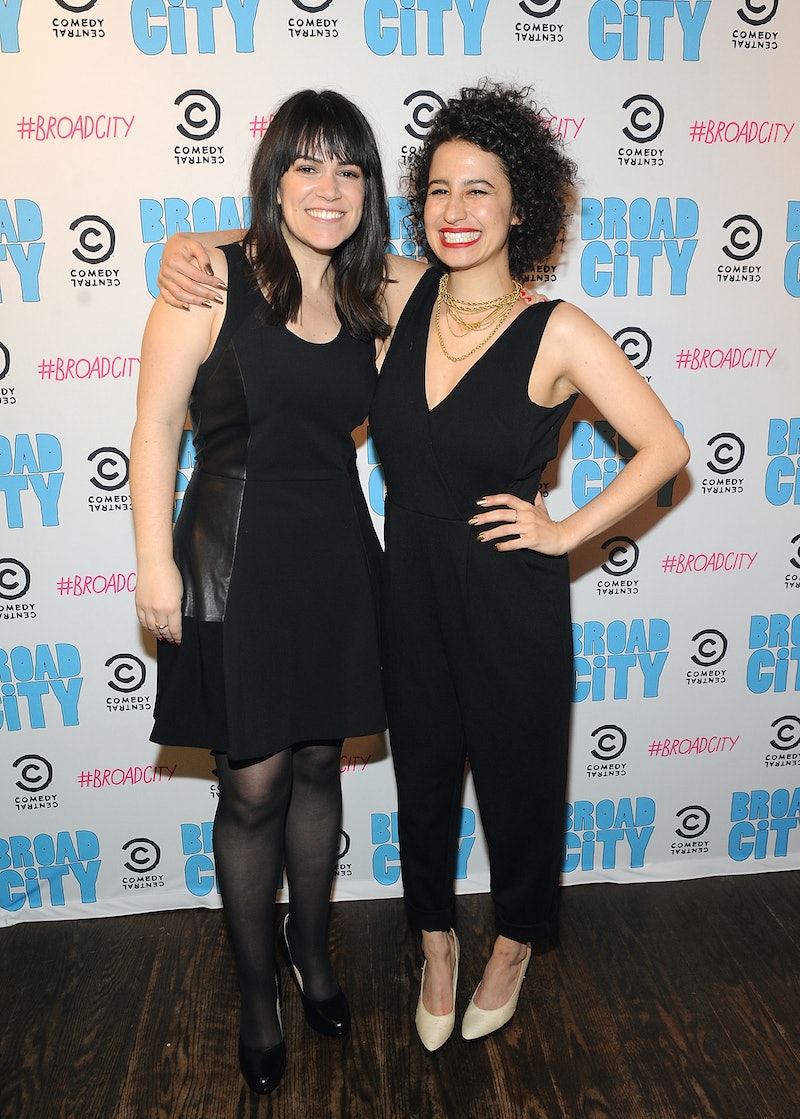 There's a strange set of blurred lines that come into play when actors play roles based on themselves. This tends to happen more when their characters share the same names, which is definitely the case for Broad City's Abbi Jacobson and Ilana Glazer. Though there's no denying that everyone wants to be best friends with the crazy NYC residents — especially since Abbi and Ilana have relatable quotes for every adult struggle — and their real-life counterparts, there are a handful of distinct separations between the writers and stars from their kooky characters that have come up over the past two seasons.

Abbi and Ilana are the fun-loving, spontaneous, and hilarious gals that we all know and love both on and off screen, but they don't spend all day, every day smoking pot and making bad decisions. They are running their own show — writing, executive producing, and starring — and building their own empire, so they don't have as much time to fall asleep at work, dash to North Brother Island, play secret drunk jazz club shows, or buy illegal bags underground in Chinatown. With that being said, their inspiration for their characters' stories all come from real places, so don't worry — they're still getting into shenanigans during off hours. Check out five ways that Abbi and Ilana aren't just like their Broad City characters below.

“People think I want to blaze all the time with them," Glazer told New York Magazine . "Which is like, I don’t. I’m obviously going to be so ­nervous about that right now.” Jacobson agreed, adding, "Everyone thinks we smoke in the writers’ room. It’s like, we would never be able to do anything high!"

In Fact, Glazer Was In An Anti-Drug Club

"It was vaguely Christian, or it felt like it," Glazer told NPR of her time in a D.A.R.E.-like high school club. "And my brother Eliot had done it years earlier. We used to gather and talk about how cool it was that we didn't do drugs."

They're Not As Excited About Being Naked

Although both are confident ladies, they don't want to show as much as Lena Dunham does on Girls. "Lena is like a vessel for the message that normal bodies are so beautiful and sexy and powerful. But I don’t think we would be that brave to be that vessel, even though you still, like, get that and people are like, ‘Wow, they’re not bony!’" Glazer told NY Mag. "Even though you get that same message, it’s not as strong as Lena’s. Lena’s isn’t for a joke, you know? Ours is always for a joke. We’re very grateful for those blurs. So grateful.”

Abbi is the more conservative one on the show, but she was even more so when she was younger. "I think I grew up in a more conservative way. We were not always talking about our bodies or sex or anything," Jacobson told NPR . "It was never discouraged, but it was not encouraged or dinner talk."

You'd Be Surprised As Their Levels Of Conservativeness