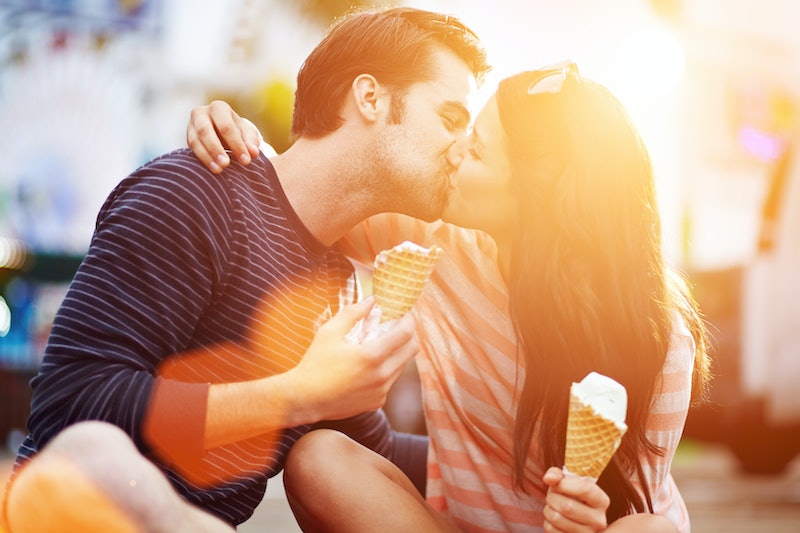 So many of us have memories of our teen years, feverish makeout sessions that weren’t a means to an end, but a goal onto itself.

When sex enters the picture, kissing just for fun often becomes a thing of the past; simply first base in an attempt to round all the bases. But perhaps it’s time to reconsider— there’s a lot to value about good old kissing.

1. Kissing is a way to feel connected

The lips are filled with nerve endings and receptors that send signals to the brain that lead to a sense of calm. "This is as result of the hormone oxytocin being released. This creates a bond and a feeling of connectedness. A feeling of relaxation and well-being follows,” says Jonathan Alpert, a Manhattan-based psychotherapist and advice columnist. "The brain activates the release of these when we encounter a new situation, whether it be a job interview, a dangerous situation, roller coaster ride, or the like. The novelty of the first kiss isn't much different and leads to this reaction and contributes to the rush and thrill often felt," says Alpert. The feeling of excitement and exhilaration often felt with a new partner is due to the release of the neurotransmitters dopamine and norepinephrine, says Alpert.

“When you're smooching, you're secreting more saliva in your mouth and that's the mechanism that washes away the plaque on your teeth that leads to cavities,” says Dr. Fran Walfish, Beverly Hills family and relationship psychotherapist, author, The Self-Aware Parent, and co-star on 'Sex Box' on WE TV. So much more fun than brushing and gargling!

Roughly 80 percent of the bacteria in your mouth are universally common, and 20 percent are uniquely your own. Exchanging saliva with someone introduces your body to many new "foreign" bacteria that your immune system will establish anti-bodies for. The result is heightened immunity to infections, says Finkel. The double-edged sword: harmful, cavity-causing bacteria are ALSO transferred via kissing, as are some of the bacteria responsible for gum disease, so if the person you are kissing has poor oral hygiene (bad breath should be a warning sign!), beware.

5. Kissing is a stress reducer

Kissing passionately gets your heartbeat revved in a healthy way that helps relieve stress. According to WebMD, when you kiss, you release endorphins, which counteract stress and depression.

You know how a GOOD kiss with someone special can really get your heart racing? Well there’s a lovely side effect to all that heart fluttering! "During a particularly passionate kiss, your blood vessels dilate, providing your blood with a clearer pathway to all your organs," says Dr. Emily Morse, a sex and relationship expert and host of the top downloaded podcast, Sex with Emily. And over time, voila! Lower blood pressure.

A German study found that men who got a nice juicy kiss from their wives before leaving for work made more money, says Walfish. If he leaves his home happy, he's more productive at work. Because he's feeling loved and connected, he's going to make more money.

Really! Kiss your partner more if you want to try tightening and toning your facial muscles, especially around the mouth, says Walfish. Deep kissing can shape up your neck and jawlines. Forget that Botox or facelift! Try regular makeout sessions. It's cheaper and loads more fun.

While it’s probably not going to save you money on that physical trainer, and it probably won’t neutralize that chocolate milkshake from earlier, kissing does help you burn more calories than, say, not kissing.

"Depending on the intensity level of your makeout session, you could be burning between 6-16 calories per pucker!" says Morse. That’s like two strawberries.. Or one gummy bear.. Or three Altoids! Whatever, I’ll take it!