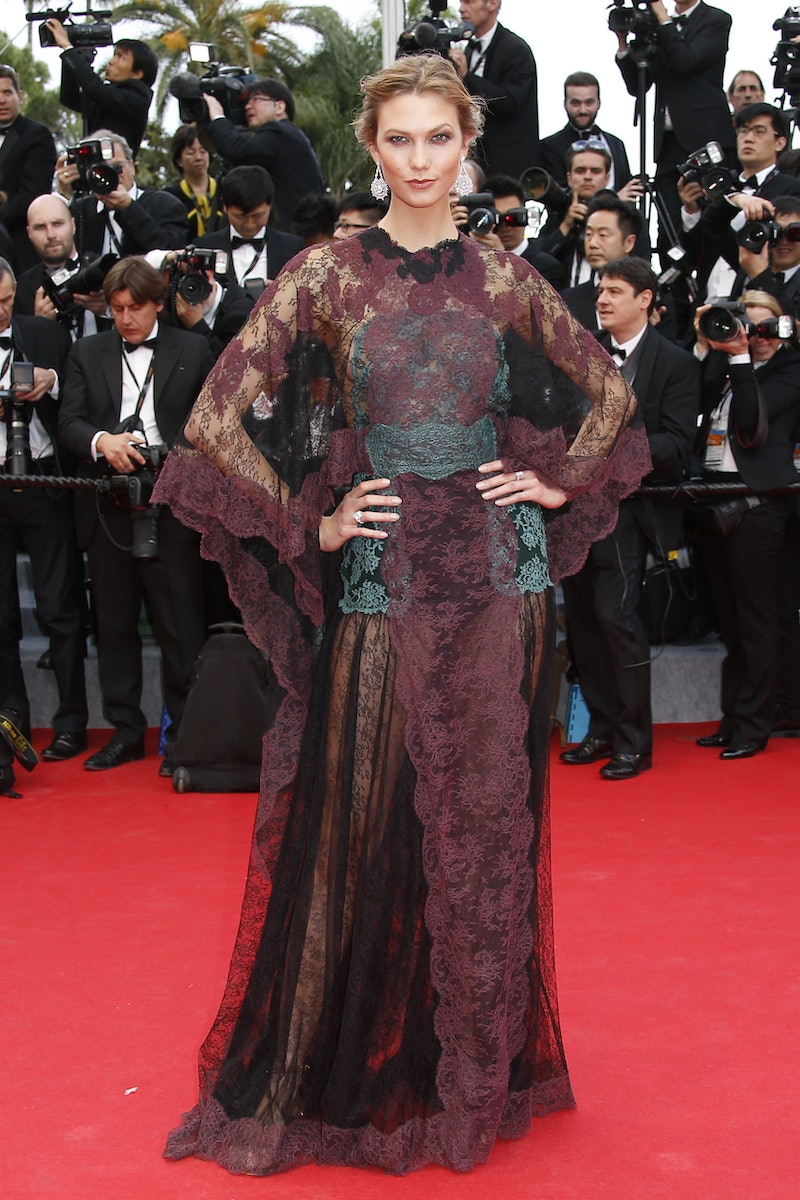 Derek Zoolander and Hansel McDonald won't be the only mega stars in next year's most highly anticipated sequel: real-life supermodel Karlie Kloss will appear in Zoolander 2, too. It's only fitting, considering Ben Stiller and Owen Wilson made the follow-up to the hilarious film official at the Valentino show at Paris Fashion Week yesterday. Naturally, Kloss walked in the show as well.

Even though the word on the street is just buzz as of right now, I'd be stoked to see some real models get in on the movie, just like the funny stars got in on fashion week. Apparently, Gigi Hadid was supposed to appear in the film, but even though my girl crush reportedly turned it down, there will be plenty of other familiar faces showing up on the big screen: Cara Delevingne, Jourdan Dunn, Naomi Campbell, and Alessandra Ambrosio are also rumored to have walk-on roles in the comedy.

We'll probably have to wait at least another year to find out if the talk is true, but hey, we've waited 15 years for a sequel to the most hysterical modeling movie ever made, so I guess it's not so bad to have to wait a while longer. And who knows — maybe Hadid will change her mind (fingers crossed)!