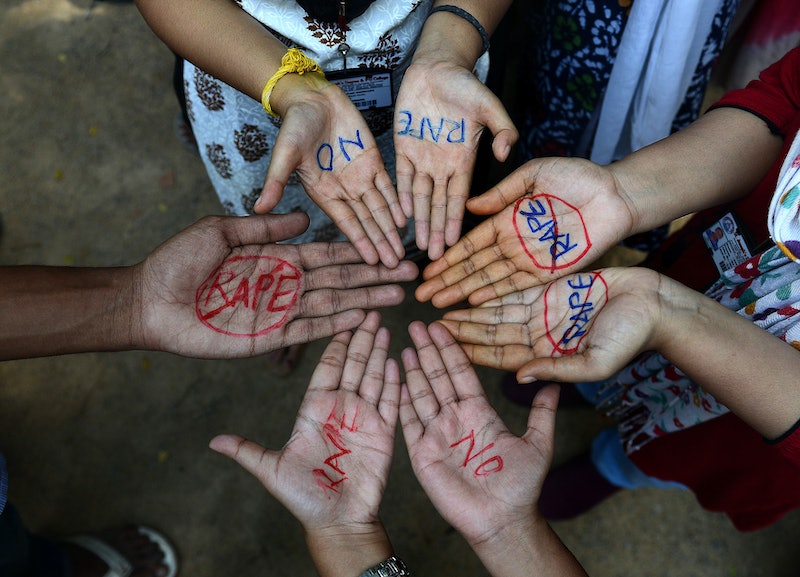 In a controversy that has already spawned its own Wikipedia page, a German professor has rejected an Indian internship applicant because of his country’s “rape problem.” In response, Germany’s ambassador to India rebuked Professor Annette G. Beck-Sickinger, chair of biochemistry at the Leipzig University, for her “unsuitable” handling of the situation. The incident was met by outcry in India, and Beck-Sickinger has since apologized.

An unnamed student wrote to Beck-Sickinger regarding the internship position, and Beck-Sickinger promptly responded in an altogether unlikely fashion. “Unfortunately I don’t accept any Indian male students for internships,” she wrote, according to The Independent. “We hear a lot about the rape problem in India, which I cannot support. I have many female friends in my group, so I think this attitude is something that I cannot support.”

Signing off, “With kind regards,” she left it at that. When the student responded, suggesting his professor had perhaps overgeneralized, she expounded. “I fully agree that this is a generalization and may not apply to individuals. However it is unbelievable that Indian society is not able to solve this problem for many years now.” She added that many female professors were now in the business of rejecting male Indian applicants, for just such a reason.

When the correspondence was made public, Ambassador Michael Steiner was quick to leap to India’s defense. He wrote in a letter to the professor:

Let’s be clear: India is not a country of rapists. I would encourage you to learn more about the diverse, dynamic and fascinating country and the many welcoming and open-minded people of India so that you could correct a simplistic image, which – in my opinion – is particularly unsuitable for a professor and teacher.

Beck-Sickinger confirmed the veracity of the emails, but told HuffPost India that her lab was already full when the student applied. “I apologize if this caused any misunderstanding, but the e-Mail was taken out of the context,” she told the publication.

The scandal comes at a time when India is already in the midst of an identity crisis — reeling from a series of well-publicized gang rapes that have precipitated unprecedented public protest. India’s Daughter, a documentary about the country’s most famous rape case in recent years and the social outrage that followed, was recently banned in India. The documentary was accused of inciting public disturbance, primarily because of the shockingly misogynist views espoused by several of the filmmaker’s interviewees.

Now, Beck-Sickinger's actions have caused Indians to further examine the reputation of their country in the eyes of the world. “It is a matter of shame for any country to be recognized for its ‘rape culture,’” law student Rupal Matanhelia, 27, told Al Jazeera. “There is no denying the fact that women are not treated well in India.” Image consultant Ena Chakravorty, 31, agreed, telling the publication, “It is extremely embarrassing that a country which worships woman in a form of a goddess is attaining such a bad reputation, because of loose law and order and age old judicial system.”

Both women, like the rest of Al Jazeera’s respondents, went on to censure Beck-Sickinger’s actions as bigoted and close-minded. “That professor was wrong while generalising a whole nation,” said Prashant Oberoi, 29. “You can't ignore or reject somebody on the basis of their caste, religion, country or sex.” Although each young Indian ended with a rebuke to Beck-Sickinger, the first reaction to Al Jazeera’s enquiry was notably shame and embarrassment across the board.

In an ironic twist, The Independent notes that according to Nation Master, Germany has the 43rd highest proportional rate of rape in the world, while India lags at 94th, equal with Qatar and Montenegro. South Africa (my ancestral homeland) has the dubious but not unexpected honor of bagging first place, while New Zealand (my childhood abode and host of the infamous “Roast Busters” gang — a group of teenager boys with a penchant for boasting about having possibly non-consensual sex with underage girls) sneaks in at an ignoble 16th. It's narrowly beaten out by the United States, which comes in at a glorious 14th.

It is true, though, that in India sexual assault is viewed as a source of shame for the woman, and restrictive protective measures are perceived as being more important than prevention — so much so that the recent uproar over rape scandals has arguably resulted in a decrease in women’s freedoms. Distrustful of the police and judiciary, people have begun taking matters into their own hands. Last week, a vindictive lynch mob murdered a suspected rapist in Nagaland, and strung his body up for display.

Meanwhile, female activist Ketan Dixit was arrested for circumventing the domestic ban on India’s Daughter (the "defamatory" documentary which some are now blaming for increased anti-India feeling). Dixit showed the film on a screen made out of white bed-sheets in a village near Agra, for an audience of 60 people. “This is the beginning of a series of protests,” Dixit told The Guardian. Shame is, after all, less useful than discussion.