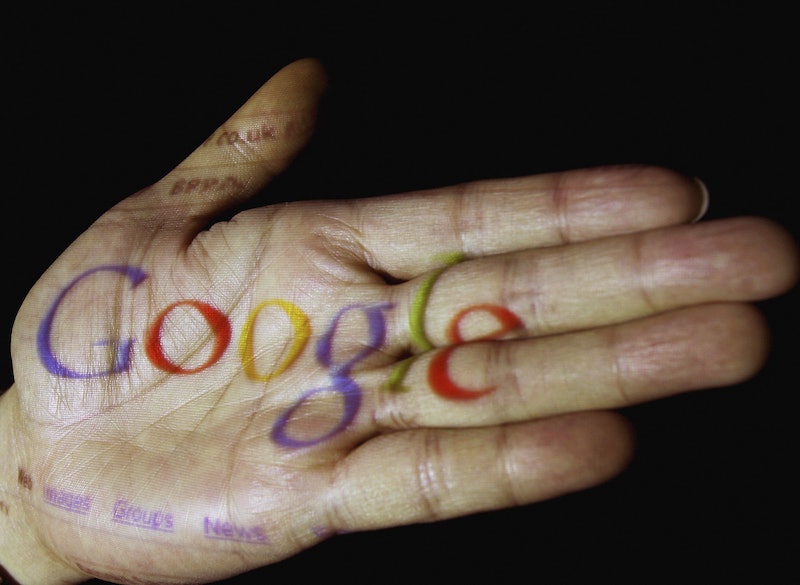 Google has done a lot of crazy things. The first one was probably existing. Then they starting doing all these other crazy things — running the iconic Google doodles, creating the new web browser Chrome, being the dream workplace of every would-be intern, and inventing Google Glass, which I still can't believe is a real thing. Google has even developed its own self-driving cars, and the company has produced even more innovations — so many that it's starting to make this article look like one giant list. Is there anything this tech giant hasn't done? Well, up until now, Google has never actually opened a store — a real, physical store where customers can enter the building and purchase the objects of their desire. That changed on Wednesday, when Google opened its first-ever store in London.

The store, which is called a "shop in shop" — ah, what a charmingly English phrase — is the world's first Google retail location. The new shop focuses mainly on selling the Chromebook and Android lines, as well as Chromecast. It will also offer customers the opportunity to learn how to use all their Google devices together. And of course, since it's Google, the shop is laden with crazy things, including a Doodle Wall, a Chromecast Pod, and something called "Portal." Of course.

The opening of the first Google shop, and the company's simultaneous launch of an all-encompassing online store, has excited techies all over the globe.

We only have one question (besides the obvious Portal stuff): Why? Why would Google, the ultimate Internet company, branch out from its roots to open a physical store IRL? It isn't like the company has been struggling to find an audience, an income, or a place at the technical table. Google is a leader, even an emblem in the online world. The only real-life products they have created aren't even that far in substance from software — the Chromebook, Android, Chromecast, and Google Glass are all computing devices that allow you to enter the online world. Google is, in short, all about being online. So why did they launch a store?

Here's what the official Google Blog has to say about the new online Google Store — not the Google shop in shop:

We’ve been selling our devices on Google Play for years, but as we’ve added more products to the family, we thought it was time to make it easier for you to learn more about them. So today we’re also launching the Google Store, the new home for the latest devices made with Google.

James Elias, head of UK marketing for Google, told The Telegraph that the shop, located inside a Currys PC World store, would allow consumers to have a new shopping experience.

We’re incredibly excited to launch this space — the first of its kind anywhere in the world — in London with Currys PC World. The pace of innovation of the devices we all use is incredible, yet the way we buy them has remained the same for years.

Elias also said the shop would enable more of a sampling experience — say, the kind you might get at an Apple store.

With the Google shop, we want to offer people a place where they can play, experiment and learn about all of what Google has to offer; from an incredible range of devices to a totally-connected, seamless online life. We think it’s a genuinely unique try-before-you-buy experience.

The company will debut two more Google shops in England before the year is out — one in Fulham, London, and another in Thurrock, Essex.

More like this
When Did Tamagotchi Come Out? In The U.S., 25 Years Ago
By Kaitlyn Wylde
How To Add Music To An Instagram Post
By Emma Carey
How To Use The Crying Filter On Snapchat, TikTok, Instagram & More
By Emma Carey
On TikTok, Miley Cyrus’ “Malibu” Is The Soundtrack Of Growth
By Courtney Young
Get Even More From Bustle — Sign Up For The Newsletter