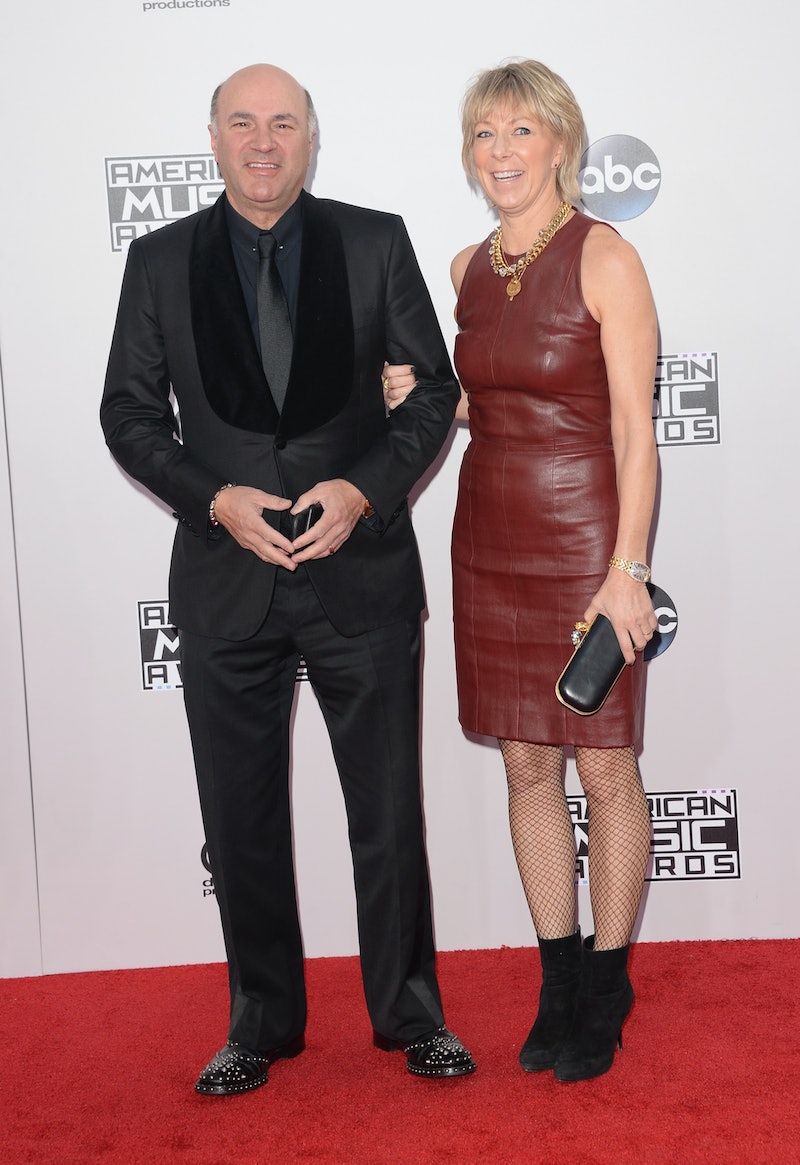 Unless you've caught the episodes where he's directly mentioned her, you might not have known that Shark Tank 's Kevin O'Leary, aka Mr. Wonderful, has a wife. But lo and behold, the most villainous shark on the ABC reality show is happily married.

So who is this mystery woman? Her name is Linda O'Leary, and from what I can tell without actually meeting her in person, she seems to be smart and have a good sense of humor, although I imagine you'd have to have that last personality trait in order to laugh at your husband's TV persona.

However, I have a good feeling about the O'Learys, because although Mr. Wonderful is kind of a jerk on Shark Tank, his wife seems pretty fabulous. Here are six reasons why.

By day, Linda is the Vice President of Marketing for O'Leary Fine Wines, which is a convenient occupation because she could probably use a glass or two to deal with working with her husband. In her downtime, Linda is also on the board of directors for the National Ballet of Canada. How much more cultured can you get? Now go back and read all of that again with your pinky up because you weren't fancy enough the first time.

Kevin and Linda have a daughter named Savannah, who is currently a college student, and a son named Trevor, who is a music producer and DJ. From the looks of social media, it seems like they've made their parents proud.

3. She & Kevin Were Once Separated

Though it appears that their quarter-century of marriage is going strong these days, Linda and Kevin actually lived a part for two years. Kevin blamed his TV career for driving a wedge between them, he told The Globe and Mail in 2011. The couple nearly got divorced, but then soon changed their minds. "We were at the point of dividing the assets. But as we neared it, we decided not to do it," Kevin told GuelphMercury.com in 2014. "We have reunited and kept the family together. I'm glad we did that." I'm sure glad too.

Kevin's Shark Tank gig may have negatively impacted his marriage with Linda at first, but these days, it seems like the show has brought them closer together. A few photos on Linda's Instagram show her hanging out with Kevin while Shark Tank was being filmed. Should we expect her to give the Tank a try in the near future?

Kevin and Robert are old bros from their Dragon Den days, so it's no surprise that Linda is friendly with the Shark Tank star too. I mean, the friends that race together stay together, after all.

Most of Linda's Instagram photos are pretty mundane, just showing the extravagant events she goes to and the luxurious vacations she takes. However, once in a while she'll post a completely random photo that is such a non-sequitur, it is literally presented without comment, or a pic that has a killer caption.