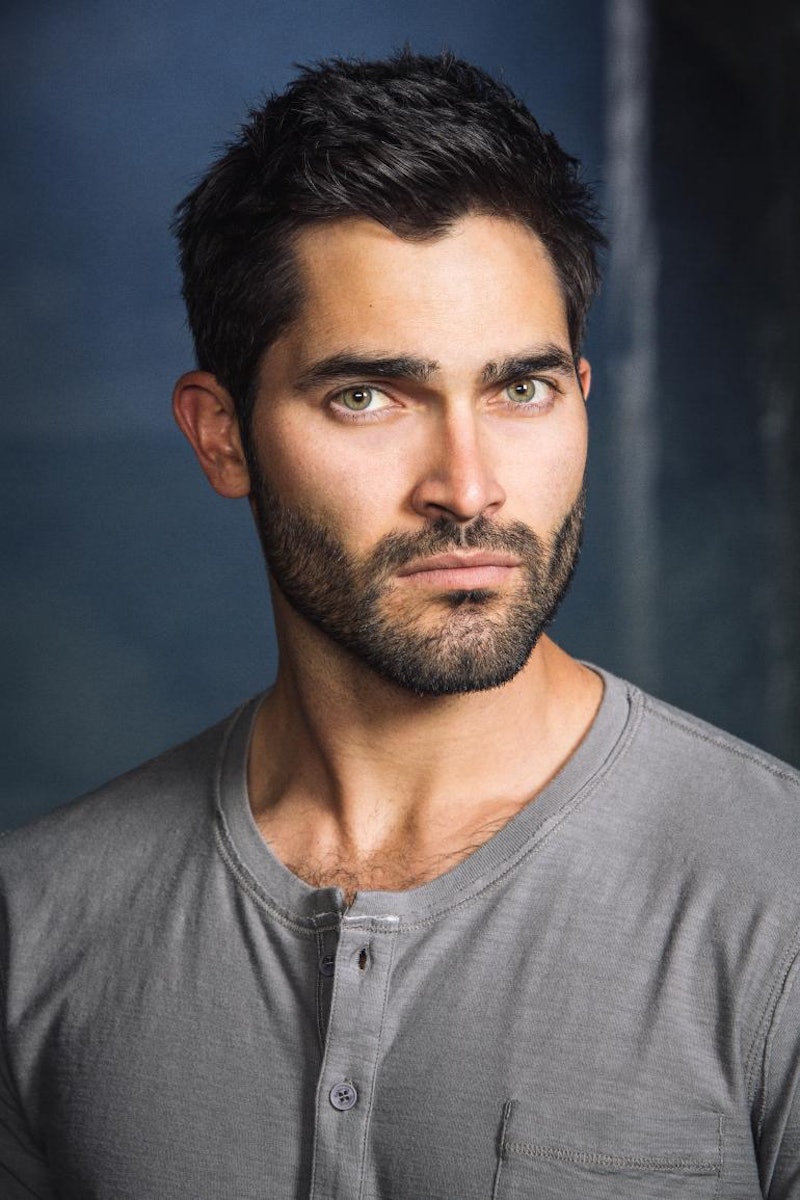 The Teen Wolf fandom has had to deal with a lot of losses over the course of the show. First Jackson, then Erica, then Boyd, then — shockingly — Allison and Isaac. The insanely popular MTV show always carries on, but it's always a significant blow when an actor decides to leave the amazing world of werewolves and banshees and takes a beloved character with them. Thus, it's no surprise that the fandom is devastated over the fact that Tyler Hoechlin is leaving Teen Wolf before Season 5, turning his role from a regular character into a reoccurring one, in order to pursue other acting opportunities. It's great that we won't be losing Derek Hale entirely — since, along with Scott and Stiles, Derek is one of the core foundations of the show — but it's still a huge bummer to see less of everyone's favorite Sourwolf.

Alongside Scott, Stiles, Lydia, and Allison, Derek was one of the driving forces of plot in the show. As many people there were that turned up in Beacon Hills to ruin Scott and Allison's life or attempt to kill Stiles or Lydia, there were even more that turned up due to some unresolved conflict with the Hale family. Derek was previously the only surviving member of the Hale family after an infamous fire — and his life would only get worse from there, if you can believe that.

Personally, I still need to see Derek finally get his happy ending. Or whatever counts as the closest approximation to one for him. But, even though his reduced role on Teen Wolf is a huge blow to fans, here are seven reasons this could actually turn out to be a good thing.

1. He Won't Be Tortured As Much

Let's face the facts. Derek Hale is in Beacon Hills to have moments of happiness interrupted by as much physical or emotional pain as we can possibly wring him through. I mean, every main character on the show is in this position, but Derek has got it the worst. He may have softened up considerably between the pilot and the present, but Teen Wolf still loves to torture him. Having a reoccurring role would give them less opportunity to ruin Derek's life. Again.

2. We'd Get To Focus More On Scott

Scott is an Alpha in his own right, and he's building a pack that he can rely on and be proud of. And, despite that, he's still the easy-smiling, kind-hearted genuinely heroic adorkable puppy we've all gotten to know and love throughout his journey. Too often in the fandom, Scott gets shoved aside to give more attention to the quick-witted Stiles or the brooding Derek — so it would be nice if Derek's absence gave Scott more room and time to come into his own as a leader. You know, even more so.

3. Derek Could Probably Use A Vacation Anyway

See what I said about his moments of happiness taking place around his even more frequent moments of angst. Isn't it about time the poor guy gets a vacation from constantly being worried he's going to die or get someone he cares about killed? He's got to be going grey young at this rate.

There was once a time when Scott didn't know a thing about werewolves that Stiles didn't tell him. After four seasons, Scott might not be the master of all the trade secrets, but he knows enough to mentor people in the same way that Derek mentored him. Before, Derek was a necessary character because he was all the one with the history, the knowledge, the enemies, and the drive to fix his mistakes. Now, it's time for Scott to step into that role for someone else.

5. Teen Wolf Can Do A Time Skip

It might just be me, but Scott and Stiles both look like they should have started attending college by now. If Derek's role is going to be reduced anyway, let the kids go to college. Taking a series to a university might not always work out, but maybe things will be different on a werewolf show?

6. We'd Get To See Tyler Hoechlin In Movies

The small screen is all well and good, but who doesn't want to see that smile on a screen that covers an entire wall of a building?

7. We'd Get To See Tyler Hoechlin In Movies

Yes, this has to go on this list twice. Why? Well, imagine all of Derek's shirtless scenes taking place on an IMAX screen. Yeah, maybe this change from regular to reoccurring won't be the worst thing to ever happen to Teen Wolf...

More like this
'Unforgotten's Brand New Character Joins At A Pivotal Moment For S5
By Bustle UK
Kaley Cuoco & Tom Pelphrey Just Made Their First Public Appearance As A Couple
By Hugh McIntyre
'Ghost In The Shell: SAC_2045' Was Only Supposed To Last Two Seasons
By Kadin Burnett
What’s New On Netflix: 'Stranger Things' & 'Somebody Feed Phil' Return
By Arya Roshanian
Get Even More From Bustle — Sign Up For The Newsletter