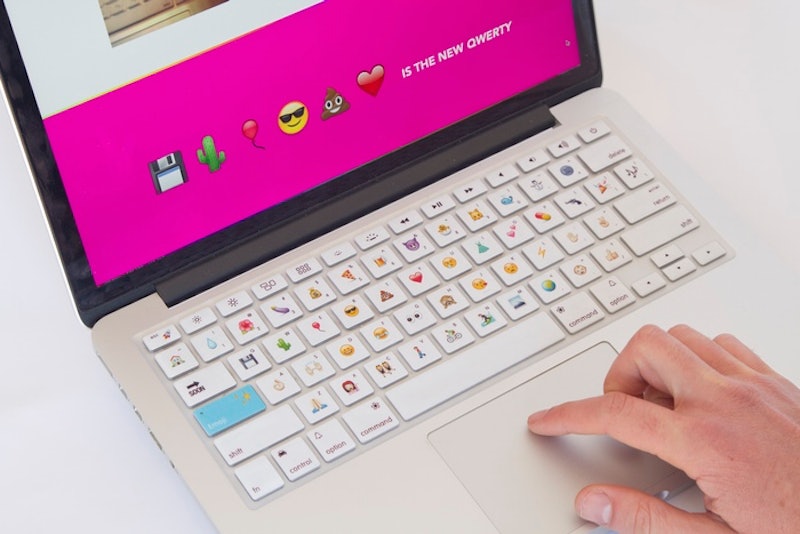 One of the really rough things about being a human is that it is so often too difficult to convey how you really feel to other people. You can't find the right words, or the person you're talking to somehow misinterprets your meaning, and everything becomes a huge Nicholas Sparks novel of despair and misunderstanding. Luckily, human expression has come a long way since emoticons were invented. There is no misinterpreting "smiley face pizza monkey" the way someone might misinterpret an "I love you". And in furthering along this emotional revolution, someone has invented a keyboard made of emojis to prevent any of these unfortunate miscommunications of human feelings again.

It isn't available to the public yet, but the Kickstarter campaign backing the project hopes to change that. When you think about it, it makes perfect sense. We have emotions all the time—why should emojis be limited to when we happen to be feeling those emotions on our phone, or typing in Facebook's alarming array of chat emoticons? Now you have the power to say what you really mean at the tips of your fingers 24/7, because saying what you mean out loud is so 1999, and physically typing the words out is so 2014. Here's what the future looks like, everyone:

I imagine it'll take a little bit of time for us "QWERTY" keyboard users to wrap our heads around the new formatting, but then again, we all sucked at typing on our first smart phones, too. Our species is miraculously adaptable, because obviously evolution had this exact kind of scenario in mind when we glommed out of the mud. We'll get the hang of this in no time. All you have to do to get your first one is pledge a minimum of $10, and you're well on your way to becoming the emotionally sound person you always wished you could be.

Here's a little bit of insight to how the technology behind this life-altering project works: 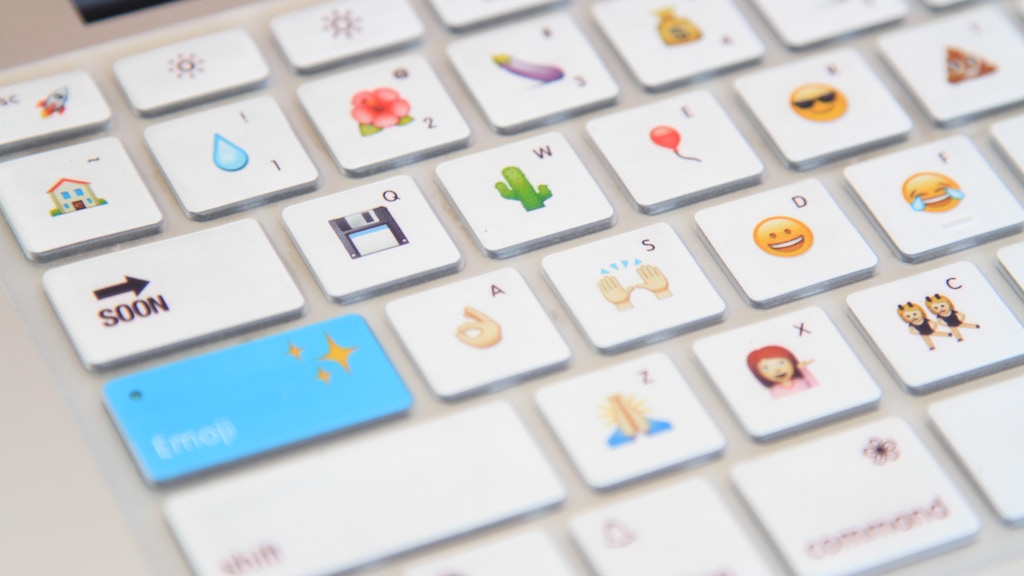 I'm going to take this opportunity to confess something, not on behalf of myself, but on behalf of a person I am highly concerned about: My little sister is obsessed with keyboards. She graduated from college last year, got herself a killer job, and then immediately used her first taste of Real Human Money to purchase not one, not two, not—actually, you know what? I've lost track. I can't even count the number of keyboards she has purchased. But I CAN share with you some wonky other keyboards that exist, some of which my dear sibling actually owns.

GUYS, my sister types on this. Don't ask me how or why. It was apparently very important that she own it. (Etsy, $15.72)

You could just announce to the people in your office that you're sophisticated and worldly, but why waste your breath? (Etsy, $11)

I don't even watch this show, this just makes me incredibly happy for some reason. (Etsy, $11)

The moral of this story is that everybody expresses themselves in different ways. It's up to you to find the keyboard that speaks to you, because let's be real: Normal words just aren't cutting it anymore.