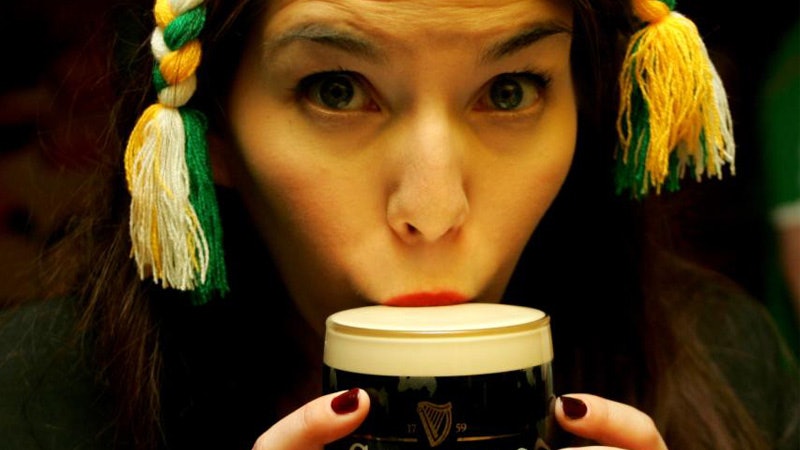 We are all Irish — at least, we are on St. Patrick's Day, which is why it's such a wonderful holiday. Everyone gets to throw on a green t-shirt, attempt an Irish accent, toss around Irish words and Gaelic sayings, compare their level of Irishness with total strangers before sloppily making out with them, and crash their overflowing glasses of Guinness together in loud, resounding cheers. It's the best.

But how much do you know about Irish culture? Did you know that corned beef and cabbage isn't even the standard holiday meal in Ireland? My brother-in-law moved here a few years ago from Ireland, and when he went to a bar on St. Paddy's Day, the bartender excitedly told him they had corned beef and cabbage on the menu. Almost like, "Don't worry, we'll make you feel right at home with this classic dish." My brother-in-law was equal parts confused and gracious, because this is an American thing.

But the fun facts don't stop there. Did you know that St. Patrick's Day used to be a day when all the bars were closed? I KNOW. It's bananas, but true. There are also zero female leprechauns in traditional Irish folktales. And there are also several words in the English language that, surprisingly, have Irish roots. So because knowledge is power and power is fun, here are the best English words with Irish origins that you probably didn't know about.

Irish Gaelic was once a secret language among the New York City slums, and many slang terms that we still use and love have Irish Gaelic origins. "Gee" is how the word "Dia" is pronounced, which is the Irish word for God. So the phrase "gee whiz" or "gee willikers" means "will of God."

An original Irish pet name for a loved one, stemming from "báb" or "bawb."

Not a total surprise, since it's one of the staple adult beverages made in Ireland, but still pretty awesome. The word derives from the Gaelic phrase “uisce beatha" which means, "water of life."

When referring to a business or room, "joint" comes from “díonteach" or "jeent-ock" which in Irish means place of shelter, protection, or place with a roof.

The Irish expression "vuddy" or "bhodaigh" translates to "pal." Now go give your bhodaigh a drunken hug.

A term that is seen as the "vulgar" word for vagina, and was also recently approved to use bleep-free on Comedy Central thanks to Amy Schumer, has super surprising Irish roots. In Irish Gaelic, "pus" is merely a descriptive term that means "pouty lips."

Originally "go leór" meant “just enough," which is sort of the opposite of what the English version was turned into, which means "abundance" or "plentiful."

From the Irish word “slaba" which means "ooze" or "slime." Ouch. The English version hurts a lot less.