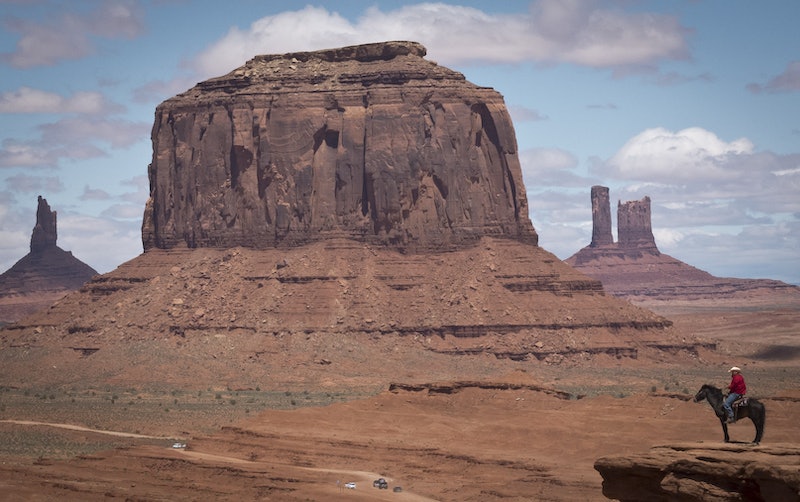 Soon, sex offenders won't be the only criminals branded with a scarlet letter in Utah. Due to high levels of fraud in the state, the Utah legislature passed a bill to establish an online registry of convicted white-collar criminals Wednesday. The state's one-of-a-kind laws continue to draw national attention; the same legislature instated a law this week that allows firing squads to carry out the death penalty.

The new registry will track criminals convicted of financially motivated, nonviolent felonies, including securities fraud, mortgage fraud, and money-laundering, since 2005, complete with a recent photo and their birthday, height, weight, and hair and eye color. Utah Governor Gary Herbert still needs to sign the bill into law, but a spokesman from his office verified that he supports the measure that will allow the attorney general's office to run the registry.

First-time offenders will remain on the site for 10 years, while third-time offenders will stay permanently. To be erased from the registry completely, the convicted felons must pay full restitution to their victims, which kind of defeats the purpose of the database, since white-collar crimes are committed by business and government professionals, many of whom have the resources to pay. However, it is a clever way of forcing offenders to reimburse their victims, as most people don't exactly want their face plastered on a criminal registry for all to see.

Every state in the U.S. has a registry of convicted sex offenders, Utah also has one for pornography, and some states operate similar public databases for drug offenders, but this will be the first in the nation for white-collar crimes. In a statement, the governor's spokesman, Marty Carpenter, says:

It doesn't matter what color collar a criminal wears, the governor has consistently been a strong supporter of protecting the consumer and the public from fraud and predatory practices.

We trust those in our neighborhoods, in our churches, in our social circles and in our professions. While in many ways trust is a healthy community trait that fosters social strength and business success, it also leaves our citizens quite susceptible to those who would exploit that trust.

The new registry will allow Utah residents to make a more informed choice about who to invest their life savings with, and Reyes hopes, save some of the billions of dollars lost in Utah to fraud.