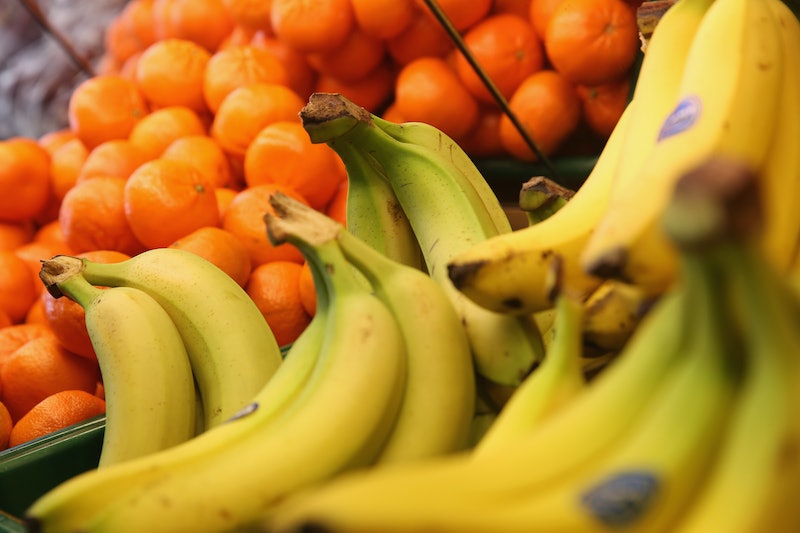 A Bristol woman had what may have been the fright of her life after discovering that a family of deadly spiders had hitched a lift on her Tesco bananas. Mother of two Maria Layton, 43, was fetching her daughter a tasty snack when she spotted a fuzzy white patch on the fruit, the Daily Mail reported. The blemish turned out to be the cocoon of a Brazilian wandering spider — one of the world’s most dangerous arachnids.

Usually confined to their native habitat of South American forests, wandering spiders are so-called because of their tendency to travel nocturnally across jungle floors in search of food. This, in combination with their Greek name Phoneutria (which means “murderess”) gives some indication of their winning personality. The spiders are belligerent and boast some of the most toxic venom in the world, capable of causing serious injury, death, and a painful four-hour erection. The spiders caused fourteen known deaths before an antidote was developed in 1996.

“My husband bought the bananas from Tesco [in Wales],” Layton told the Daily Mail. “They had been in the house a whole day before I ripped the bag open.” Familiar with the danger posed by odd-looking spiders, Layton quickly Googled the species and popped the cocoon in a sealed box in the freezer, to neutralize the threat.

She then called Tesco’s customer service line, but fairly unimpressed by their response. “Tesco were a bit useless,” she told the newspaper. “I was really concerned about the possibility of this dangerous spider and spider eggs in my house and really wanted some helpful advice on how to act… They told me to send the wrapper in so they could get the bar-code to refund me. I was shocked, they failed to see the potential threat to me and my family and thought I was only interested in having a pound or so back,” she said.

A Tesco spokesperson is reported by the Daily Mail to have said: “We’ve apologized to Mrs Layton and offered a gesture of goodwill. We’ve asked her to return the product to our store so we can conduct a full investigation.”

This isn’t the first time a Phoneutria has wandered into Tesco's banana haul. Just six months ago, in September 2014, an Essex woman discovered Brazilian wandering spiders nestled among her Tesco bananas. Abby Woodgate was advised by pest control experts to burn anything that had come into contact with the arachnids, because of their toxicity. Although the wandering spider has a leg-span of just five inches, their bite can cause pain, inflammation, respiratory problems, loss of muscle control, paralysis and asphyxiation.

The problem is not, however, confined to Tesco. Last October, a Waitrose food delivery to a home in south London was crawling with the same critters. The family there told the Mail on Sunday that they were “too traumatised to remain in the house.” At least Waitrose had the good grace to apologize.

In 2005, a chef in Somerset narrowly escaped a grisly fate after he was bitten by a wandering spider that emerged from his restaurant’s banana delivery. He was saved by anti-venom, after a quick-thinking nearby zoo identified the spider species. Victims can apparently expire within an hour of the bite.

According to The Independent, scientists are currently exploring the possibility of transforming the spider’s venom into a drug to combat erectile dysfunction. Straw into gold, my friends.