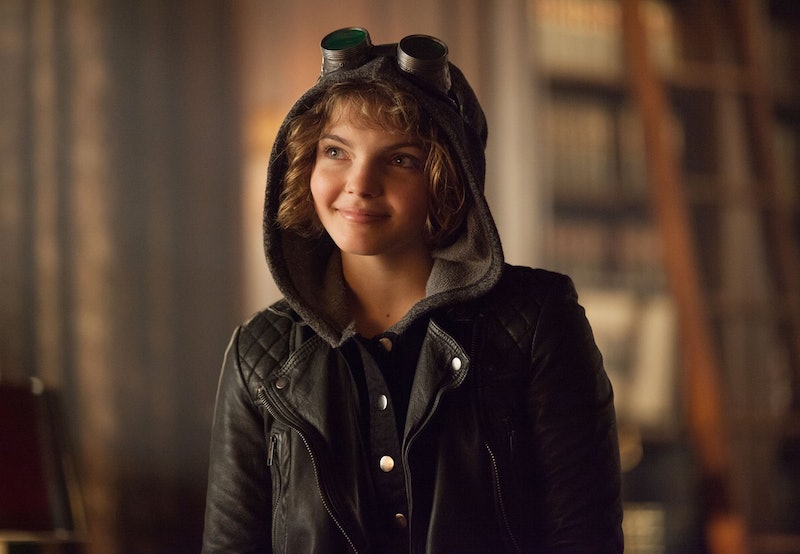 Gotham might be a show about Jim Gordon's wild adventures in the titular city before Batman shows up, but the FOX hit is about way more than just that. From Bruce and Alfred to Harvey and Jim to the Penguin and the two competing mob bosses Falcone and Maroni, it would be easy to assume that Gotham is all about the men running around and doing badass things. However, that couldn't be further from the truth. The women of Gotham are all badasses, and, in fact, they represent the broad range of things badassery can manifest itself as. It's not just about being a fighter or being willing to kill; sometimes, it's just about being the only one willing to stand up and do something against all odds.

From Selina Kyle's childhood antics to Leslie Thompkins' worldly wisdom, from Barbara Kean's fiery temper to Ivy Pepper's stoic cleverness, Gotham gives us a broad range of multifaceted female characters to love and hate, to admire and yell at. Thanks to these women, Gotham is just as much a girls' club as it is a boys' club — and we need to celebrate them for showing us all that there are many, many different ways to be a badass.

Most Badass Trait: Barbara's stubbornness is her best and worst quality. If she's decided you keep too many secrets and need to share, she won't give up until you do. If she thinks that you're a good person, she won't be swayed by peer pressure or how many skeletons you have in your closet. And, if she thinks she knows best, well, good luck. Her stubbornness has gotten her into as much trouble as it has gotten her out of, but it won't be long before things start going her way again.

Most Badass Moment: Despite all the conflict the action caused, you have to admit that strolling up to a mobster's house and demanding that he leave your fiancé alone takes the kind of iron nerves most of us don't possess.

Most Badass Trait: Selina Kyle is a girl defined by her ability to survive. She is an independent creature of the streets, who has a habit of squeezing her way in and out of trouble the same way she squeezes her way in and out of people's houses. (And in and out of handcuffs.) No matter what danger she is in, Selina can and will find a way to turn it around to her advantage and then overcome — as you would expect from anyone who has spent far too much time having to care for herself.

Most Badass Moment: While I could list any one of her acrobatic stunts, I'm particularly fond of when Jim left her handcuffed while he combed through the sewers for some evidence she had described and Selina escaped the handcuffs, dropped them in the sewer after him, and bolted. With a smirk.

Most Badass Trait: Sure, Leslie is a phenomenal doctor, but she's also a woman who knows who she is and goes after what she wants. When Jim does her wrong, she makes him apologize loud enough for other people to hear. When she's trapped in an "is this a date" moment, she makes jokes to hide her disappointment and shifts more gracefully into professional mode than any of us would have in her place. And don't you dare treat her like she's weak just because she's a woman...

Most Badass Moment: Calling Jim Gordon out on only wanting to be with a woman who would wait at home while he did all of the real work — especially after she'd practically solved half the case for him when he tried to take control. Praise hands.

Most Badass Trait: Fish Mooney's best trait is her fearlessness. It doesn't matter who you are or what you're going to try to do to her: Fish bows to no man, woman, or child. She's always scheming, always trying to come out on top, and always keeping her eyes on the prize that is control of Gotham come hell or high water. Her confidence (and hammy scenes) give us some of the greatest one-liners and moments in Gotham history because Fish just. Does. Not. Care.

Most Badass Moment: Fish has been kidnapped by a crazed doctor who wants to take out her eye for an experiment. Fish digs out her own eye and stomps on it so he can't use it for anything — then passes out from blood loss after informing him that the ball's in his court now. No, really.

Most Badass Trait: Renee's best trait is her sense of justice. It manifests itself in a different way than it does in Jim Gordon; where Jim is obsessed with doing the right thing the right way, Renee has been living in Gotham long enough to know that it's more effective to do the right thing the wrong way. Blinded though she was by her feelings for Barbara, Renee did have legitimate concerns about Jim's character. I mean, he hadn't told Barbara he'd "killed" a guy on an open pier.

Most Badass Moment: When Barbara comes to take comfort in Renee's bed, reverting back to her alcoholic ways, Renee insists that she gets help and refuses to be dissuaded by Barbara's screaming. Doing what was best for Barbara was more important than being with her.

Most Badass Trait: Captain Sarah Essen certainly has her hands full trying to play the game that keeps one alive in the cesspool of crime that is Gotham. However, what sets her apart is her courage. Unlike Jim, she knows a lost cause when she sees one — but when the opportunity to rock the system presents itself, she rises to the occasion to do her actual job for once. Sarah might be worn down, but she's still a hero in her own, quiet way.

Most Badass Moment: The moment she helped Jim to arrest a crooked GCPD officer that Jim had found incontrovertible evidence against was not only a great moment for the audience, but, in-universe, she admitted it was a great moment for her, too.

Most Badass Trait: Ivy Pepper is exactly as opportunistic as you would expect the child of a petty thug to be. Selina gets far more screen time than Ivy — and Ivy doesn't spend her screen time doing very much — and yet she's already presented herself as a rich and intriguing character. If there is a chance for her to advance her position, even if it's just a little, then Ivy will take full advantage of that. You know you're crafty when even Catwoman is sometimes hesitant to trust you.

Most Badass Moment: A memorable moment in Crafty Ivy history came when Bruce tried to get Ivy to pass a message to Selina for him. She tried to get him to give her the package rather than a message — and we all know she was going to keep it.

Most Badass Trait: Liza was meant to be moulded into Fish's weapon, but her most badass trait was her loyalty. From the moment she started working for Fish, that was where her loyalties lay and where they would remain — which turned out to be her eventual cause of death. However, she also had a heart large enough to throw some of that loyalty Carmine Falcone's way, because she grew to like the old man. Not more than Fish, but hey. Fish pays better.

Most Badass Trait: Kristen's most defining trait is her kindness. The poor girl has to deal with Ed Nygma a.k.a. the future Riddler breaking into her place of work all the time, reorganizing her files so she can't find anything, trying to seduce her with riddles, invading her personal space, and insulting her (admittedly terrible) boyfriends. And yet, despite all that, she's still as nice to Ed as she can possibly be considering how much he frustrates her. That takes some true badassery, trust me.

Most Badass Moment: When she came to apologize to Ed for letting her boyfriend make fun of the letter he had written her, because she realized that was cruel whether she returned Ed's feelings or not. It takes a very big person to admit to their mistakes.