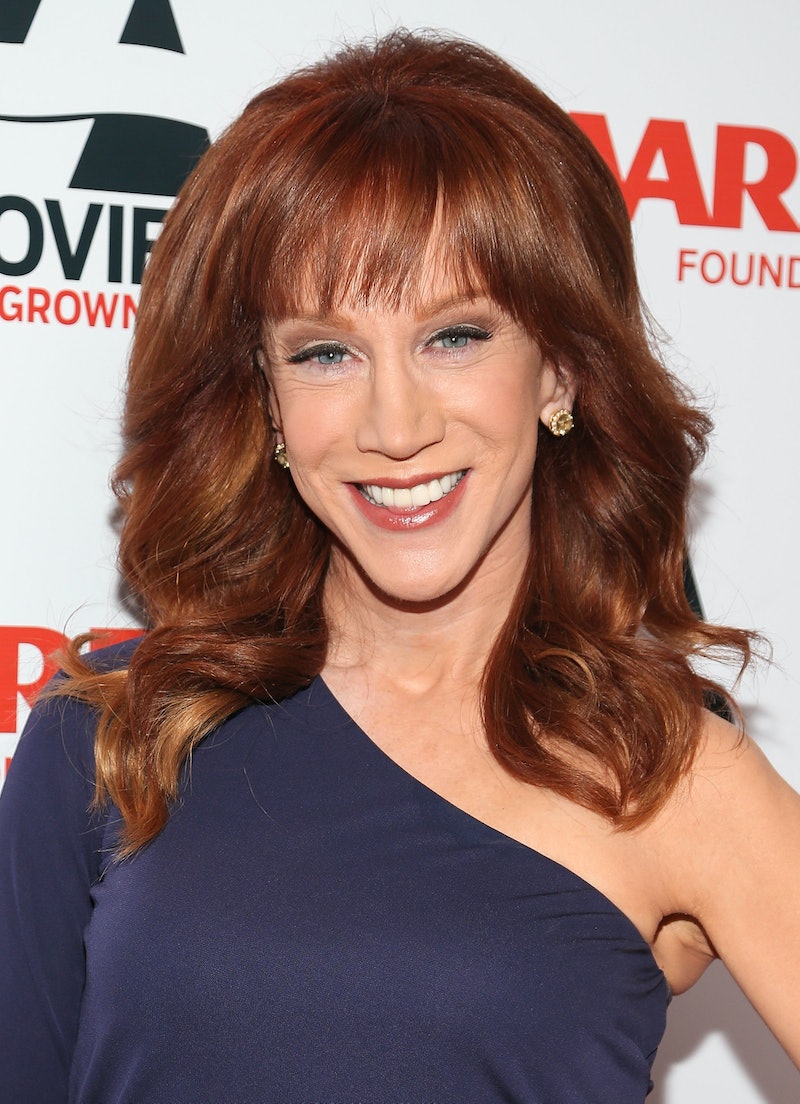 It's official: E! is having a really rough 2015 so far. Kathy Griffin announced she's leaving Fashion Police, citing "creative differences" on her Twitter account. Griffin posted a picture on Twitter explaining her thoughts and reasons on leaving.

Griffin explains, "After seven episodes of Fashion Police, I discovered that my style does not fit with the creative direction of the show and now it’s time to move on." She continued, "When I chose to step into the shoes of my beloved friend Joan Rivers at Fashion Police, I was thrilled to continue her legacy as a woman being brash and eccentric on television. I am a freedom-loving female and gay rights activist who loves to find the funny in all people, attitudes, beliefs, and appearances, but only when the context permits intelligent humor."

After the recent controversy regarding Giuliana Rancic's comment about Zendaya, it seems that a lot of emotions have been running high throughout the entire cast of the show. First, it was Osbourne (who went on The Talk to explain her departure). Now, it's Griffin.

Griffin ends her quick stint at the show on a good note though, saying “I wish E! and the E! team only the best.” She added, “I hope to continue to make you all laugh performing live or on television where I can be smart, irreverent, unrepentant and unafraid in an observational way that is candid, honest and justified.”

E! released a statement shortly after Griffin's tweet, saying, "We can confirm that Kathy Griffin is leaving E!'s "Fashion Police." We wish her all the best and are grateful for her time on the show, as well as the many laughs that she gave us all. "Fashion Police" will return, as scheduled, on Monday, March 30 at 9pm with our talented Co-Hosts Giuliana Rancic and Brad Goreski and Executive Producer Melissa Rivers. No further information is available at this time."

Wishing Kathy Griffin nothing but the best in her future, even though her funny antics on the show will truly be missed.

More like this
Daisy Edgar Jones & Paul Mescal Shared A Sweet Reunion At The Met Gala
By El Hunt
Lydia Leonard Is Setting The Record Straight
By Olivia-Anne Cleary
Cameron Diaz Just Recreated *That* Iconic 'There’s Something About Mary' Scene
By Rachel Mantock
Sandra Bullock, Girlboss Extraordinaire
By Matt Harkins & Viviana Olen
Get Even More From Bustle — Sign Up For The Newsletter