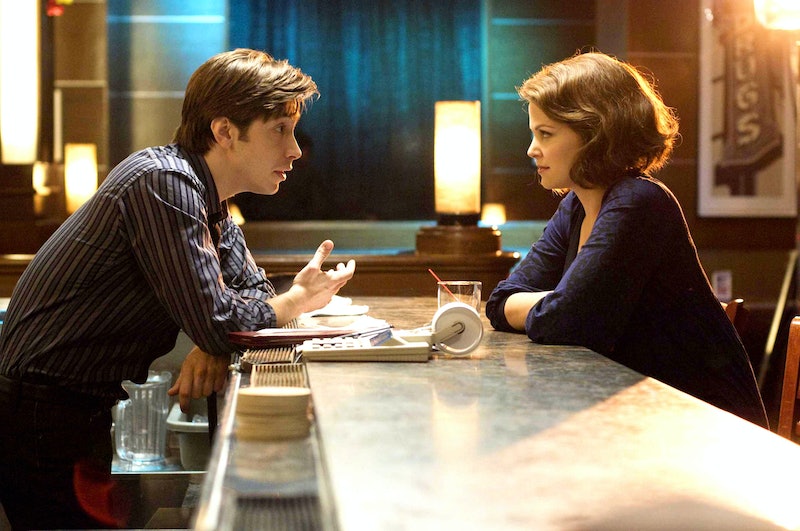 I could tell you all the ways to know when you’re dating someone who is completely head over heels crazy about you. But knowing when someone is just “ehhh” about you isn’t so clear. When you’re dating someone who isn’t that into you, they usually leave a trail of signs. Following those signs is another story. We tend to not want to see those little red flags. I mean, why would you want to think you are with someone who doesn’t realize you’re the cream of the crop, right?

The reality is that he or she not being that into you has nothing to do with YOU. Just think, not everyone loves Beyonce (I know, crazy, right?!). Whether you’re dating someone who isn’t in the right place for a relationship, isn’t madly in love with you or whatever the case may be — realizing it now will work better in your favor.

Being in a relationship with someone who isn’t that in to you is hurting you way more than it would be to break up with that person. It makes you question yourself and it damages your self-worth over time. So, even though you may think you can get this person to love you a little bit more, save it for the romantic comedies and move on to another love story.

1. You’re Putting In All Of The Effort

Nobody loves a one-way street. Not on the road, and especially not in your dating life. A relationship needs to be a two-way street. If he is or she never calls you, texts you or asks you to get together — all signs point to he’s/she’s just not that into you. So, if you feel like you’re the only one putting in any effort, maybe you should be putting your effort into someone else.

When someone is madly in love with a person, they want to shout if from the rooftops. Or better yet, from all of their social media accounts. He/she will #mcm or #wcw you or want to make things Facebook official. If you aren’t even getting a #throwbackthursday then throw back some glasses of wine and say, “Bye Felicia” to your boo.

3. No Kind Of Commitment Talk

Your partner might be into you, but not into you enough to make it official. If you want to be in a committed monogamous relationship, and the person you’re dating isn’t bringing it up or skirts the question when you ask, find somebody else who does. You shouldn’t have to put aside what you want in a relationship. If you want something serious, speak up and ask for it. It’s better to know now than waiting a year down the road, still questioning everything.

3. You Googled “Signs He’s/She’s Not That Into You"

Your Google search is a good determiner of where you are at. So if you’re Googling this, then most likely your intuition is telling you something. If you’re questioning if your boo is not 100% into the relationship, then you’re probably closer to your answer than you think.

If the person you are dating hasn’t introduced you to his/her good friends and family, and you feel like it’s been enough time, then you need to introduce your partner to the door. You are somebody who should be shown off just like that beautiful dress you wear whenever you get a chance, not like that old worn out sweater with holes in it. You are not, and I repeat, not a sweater with holes in it.

5. He/She Hasn’t Opened Up Their Life For You

If the person you’re dating has opened up his or her life for you, then open up your calendar for another date. If a person is really into you, they open up their world for you to come in. That means opening up emotionally and physically. If you’re not getting a drawer at his/her place after you know it’s time, he or she is telling you something. If your partner isn’t opening up and being vulnerable with you, it’s saying more than you think. Sometimes, the less people say or do, the more it means.

More like this
Are Gemini & Scorpio Compatible In A Relationship?
By Kristine Fellizar
The Most Compatible Life Path Numbers, According To Numerologists
By Kristine Fellizar
15 Ways To Tell Someone Was Just Talking Behind Your Back
By Carolyn Steber
The Case For A Hard Launch Summer
By Morgan Sullivan
Get Even More From Bustle — Sign Up For The Newsletter