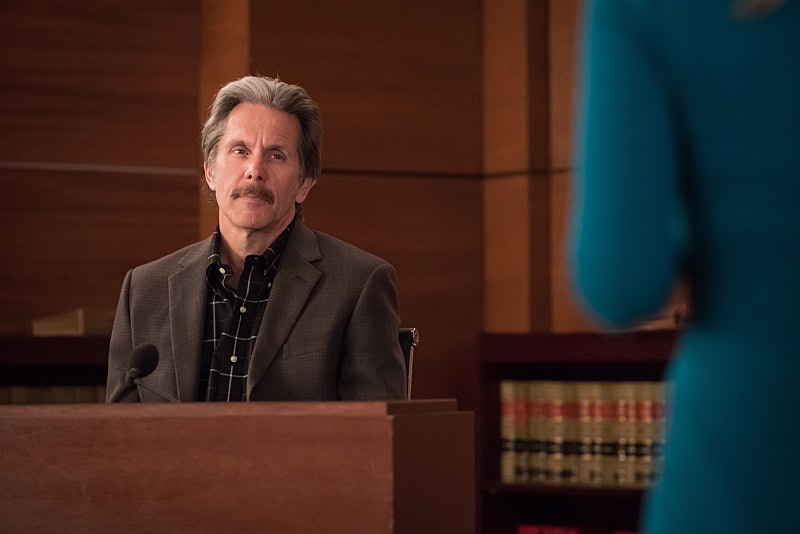 While Alicia is busy trying to win an election, her partners at the law firm Florrick, Agos, & Lockhart are busy trying to win, you know, actual cases. Throughout its six seasons, The Good Wife has portrayed lawsuits ripped straight from the headlines: bitcoin, Reddit, Anonymous — even a fictional musical TV show called Drama Camp that plagiarized a musician's parody of a pop song. After an off week spent attempting to dramatize the inside of Alicia Florrick's mind, the CBS legal drama is back at it. "When Florrick/Agos/Lockhart take on the case of a man paralyzed by a malfunctioning gun created on a 3D printer, they call on Kurt McVeigh to testify as an expert witness," teases the press release for this Sunday's episode, "Open Source."

For some reason, 3D printers seem to be all the rage these days. Although early forms of the technology were developed in the 1980s, used primarily for mass production of industrial parts, they have really exploded into the public consciousness within the past few years, as improved technology has led to wider use and more complicated products. Recently, 3D printers have dominated both the news (NASA is now sending tools to the International Space Station via 3D printer) and our medical soaps (Meredith is obsessed with 3D printing organs on Grey's Anatomy). So it makes sense that the always-topical Good Wife would want to get in on the action.

But can a 3D printer really produce a working firearm? A wrench is one thing, but a complicated contraption with many moving parts that produces a dangerous explosion? Actually, yes... although 3D-printed guns are not without their risks — hence the "malfunctioning" part in the episode summary, I presume.

The first gun created in a 3D printer was built in 2012 by the online "weapons wiki," Defense Distributors. Called the Liberator, it was capable of firing a single shot. Early models were plagued by the fact that, since the firearm was built from brittle plastic and not solid metal, they were prone to exploding . In the years since, advances have been made, fewer guns are shattering in users' hands, and weapons have even been built with rotating chambers that can hold up to six bullets at a time. While metal is still needed for the firing pin and the bullets themselves, it's widely regarded as only a matter of time before these pieces are successfully recreated in a 3D printer as well:

The truly scary part about a gun made entirely out of plastic is how impossible it would be to detect such a weapon. As you might assume, the advent of this technology has raised all sorts of ethical and legal concerns, which will no doubt be tackled on The Good Wife. Two days after Defense Distributors posted the Liberator design online for free download, the US State Department demanded that they be taken down (although the blueprints had already been downloaded 100,000 times). In December of 2013, Congress voted to extend the Undetectable Firearms Act by another 10 years, which prohibits the manufacturing of any firearm that cannot be picked up on a metal detector. (Ergo, "legal" 3D-printed guns must have at least one metal component in them.)

It will be interesting to see The Good Wife tackle this subject with its usual thoughtfulness... and also because the case will feature the return of guest star Gary Cole as Diane's husband, Kurt McVeigh. The marriage between the very liberal Diane and the very conservative Kurt has always been dynamic, and it looks like this lawsuit is going to bring their clashing ideologies to the forefront. The press release ominously threatens that the case "leads to a rift between Diane and her husband."

Say it ain't so, Good Wife! My fragile heart can't handle any more bad news on this show's romance front right now. Hopefully Diane and Kurt will make it out of the courtroom unscathed.