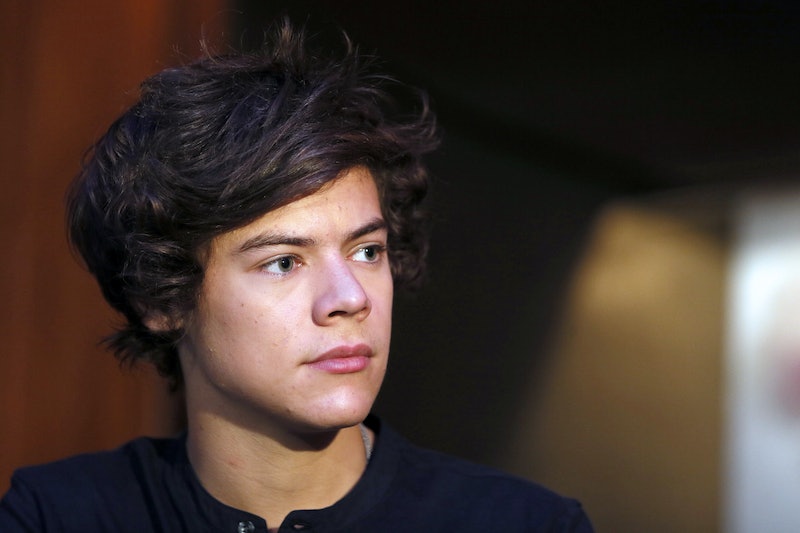 Harry Styles wasn't always the frontman of One Direction. Before The X Factor catapulted him to international fame, Harry Styles was the lead singer White Eskimo, a pop-punk band he joined during high school. And thanks to social media and the fans that adored the singer before he was famous, the evidence is forever present online.

White Eskimo, which actually has an EP coming out soon, is still very well-known for being Styles' first stomping grounds as a singer. Though Styles has sadly lost touch with the group, many fans of the British singer have not forgotten White Eskimo. "We have got worldwide attention because they know Harry was in the band. We get confidence from his fans," said Will Sweeny, who has taken Styles' place as the frontman of the group. They have an impressive following on Twitter and have had the chance to debut songs on BBC Introducing.

So in the spirit of both the debut EP coming out on March 23 of this year and of reminiscing of Styles' past days before the fame, check out a roundup below of some of the White Eskimo's old videos and photos. Because there's never a wrong time to scope out some memories for the sake of nostalgia, right?

Here's the band performing at a school concert. Of course, even when he was younger, he has a crowd of people standing up to hear him and cheer him on. This should have been a sign of good things to come!

The band here is performing "Jenny Don't Be Hasty." Though you can't see the crowd much in this one, you can definitely hear them cheering Styles on in between verses.

Here they are performing at a wedding. Though this one doesn't have quite as many people in attendance, this is one of the best-quality videos out there. On top of that, this was in 2010, right before Styles was a hit on The X Factor! So you know he had passed most of the growing pains.

He really is a baby in this one! Or a "fetus," as the poster of this video affectionately calls him. Though the sound isn't the best in this one, you can still tell there is a big voice about to break through the beat of the music.

Here he is in an undated portrait with the band. Don't they (and their cheekbones) look like the foreshadowing for future charmers?

Here they are in a more casual photo together, hanging around somewhere outside and posing with their instruments. Though this picture doesn't have much context or description, it looks like they're having fun!

And here is one of the band, with Styles in center, in mid-performance. So much focus.

And one last one for good measure. Hopefully there is a chance for some form of reunion together in the future! But if not, we'll always have the memories.