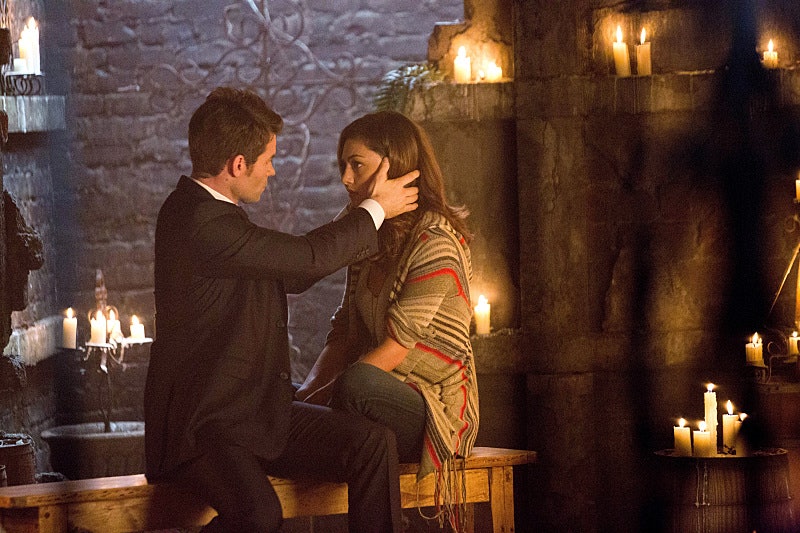 There are a lot of important questions that The Originals Season 2 needs to answer before its finale. But, none of those questions — including the ones about what Freya is doing in New Orleans — are as important as knowing whether or not Hayley and Jackson's marriage will survive, or if Klaroline will finally happen on The Originals . Does it surprise you that Originals fans probably care more about the survival of their favorite 'ship than the survival of some of the series' secondary characters? Well, it shouldn't. Because on this show, 'ships are EVERYTHING.

At any given time on this series, there are three different 'ships vying for your attention and support. And, obviously, the most important one is the ever-elusive Klaroline crossover because nothing would make me — and, I'm sure, Klaus and Caroline — happier than finally getting together in New Orleans.

But aside from the 'ship that won't quit, there are a handful of other worthy and slow-burning 'ships that define us as Originals fans. Can we talk about the Elijah-Hayley-Jackson love triangle that's undoubtably caused a huge rift between fans that believe that Haylijah is endgame? But the stickiness of the situation — and the situations in other 'ships — makes it kind of difficult to think straight. So, what does your 'ship say about you? Are you a hopeless romantic or do you believe in soulmates? Well, it's time to find out:

You believe that, regardless of how wrong two people can be for one another, love can find a way. And you'll be hoping and wishing and praying until that way is found — similarly to how you hoped, wished, and prayed for your driver's license and your first car.

You live for that slow burning, emotionally unavailable romance. You're also the most patient being on planet earth who believes that, if Big and Carrie could work it out, these two will eventually make it work too. I mean, they're both immortals, after all.

You just want Marcel to be happy — but, deep down you know that you'll eventually be disappointed. Just like that time you tried to go back to drinking your hot chocolate with hot water after tasting it with steamed milk.

Romeo and Juliet is your favorite play/movie even after all of these years. Also, you're totally the ultimate romantic.

You believe that people really can change — body and soul — for the right person.

You're all about that partner-in-crime dynamic when it comes to love. And, what you value most is the honesty that comes along with someone seeing your flaws and caring enough about you to point them out.

You're all about saving people, even if those people break your trust and erase your memories. You see the good in everyone and it's both your greatest and most admirable strength, as well as your darkest weakness.

You're practical, you're selfless, and you're the Elijah of your friend group. Because, while you're 'shipping these two right now, you're only doing it for Hayley's happiness — even though you know Haylijah is endgame.

You also believe in soulmates and, if you're still 'shipping these two, you believe that love can find a way — even when two characters aren't on the same series. This kind of love never dies. NEVER.