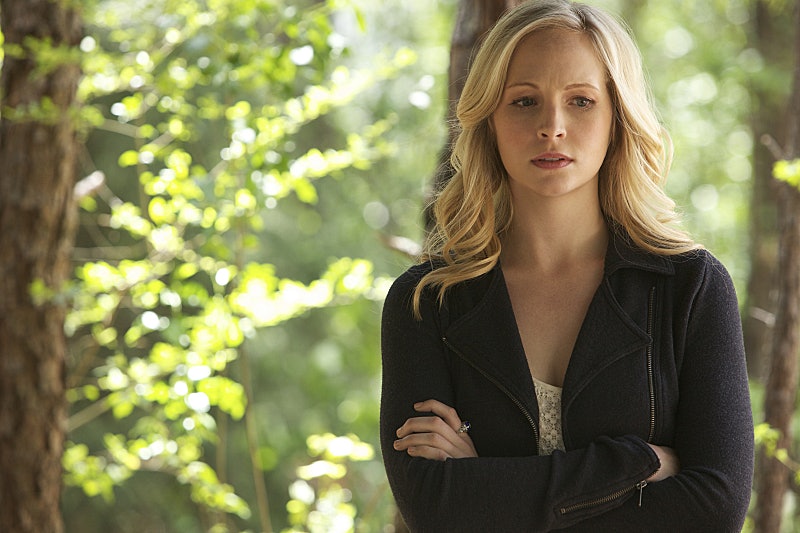 It’s been a difficult year in the life of any Vampire Diaries fan. First, we were left mourning the potential death of Damon Salvatore in the wake of the Season 5 finale. Then, we were given the prospect of the show going on without one of its three core TVD characters Elena, Damon, and Stefan. And now it looks like Ian Somerhalder himself is putting the final nail in our proverbial coffin of depression by hinting that TVD Season 6 may be the final one. "It very well could be our last [season]," the actor recently stated. "I think now that there's a finality to it, everyone's really realizing that this is a very important time in our lives. We created some very cool storytelling." (Excuse me for a second while I go off and have a complete emotional breakdown. BRB.)

Now, before we all switch our gears into full-out panic mode, let’s just remember that this is just Somerhalder’s opinion and not an actual fact. He could even be referring to just his participation on the show since this statement certainly seems to indicate that he's the one debating whether or not to sign on for a Season 7 contract. Though, admittedly, that really doesn’t make me feel any better about the situation. (Sad face.) Then, of course, there’s always the option that Somerhalder is just plain messing with us. After all, Julie Plec has made it abundantly clear that she intends to keep the show going for as long as the actors want to be there. So the idea of the series coming to such an abrupt end seems a little too hard to believe. Plus, wouldn't it be just like Damon to get us all out of sorts like this?

But if there is, indeed, some actual weight behind the actor’s words and TVD really may be coming to an end, I would like to make a desperate plea to move Caroline Forbes over to The Originals. Well, actually if I’m in the position to be making pleas, I’d much prefer to simply move the entire cast over to New Orleans, so we’d never have to be without any of them. However, something tells me I’m not going to get that wish, so if forced to pick just one person, I’d have to go with Miss Forbes.

Why Caroline? (Umm… do you even have to ask?!?!) For a (hopefully) guaranteed Klaroline reunion, of course! I mean, if TVD has to die, the very least it can do is allow the dream of Klaroline to live on. It’s only fair. The CW has to give us something if they insist on driving a cancellation stake through our poor, vamp-less hearts. The continued existence of Caroline could serve as our small, silver lining in an otherwise truly depressing time. And I have a hunch Klaus would welcome his favorite blonde to the Big Easy with open arms.

But romantic intentions aside, Caroline’s presence on The Originals could also add a much-needed level of humor to this beloved TVD spin-off. It’s a great show already, mind you, but it feels a lot more dark and serious than its Mystic Falls counterpart. Caroline’s bubbly personality could be just what the series needs to incorporate a nice blend between light and dark moments. Also, think of all the fun party themes she could organize in that city. The possibilities are endless!

So please TVD, don’t go — but if you must, at least allow Caroline to have a continued presence on our television screens. I beg of you!

More like this
Legacies Showrunner Said There Is Still Hope For More Vampire Diaries
By Gretchen Smail
'Line Of Duty's Writer Just Dropped A Bombshell About Steve & Kate
By Catharina Cheung
'The Kardashians' Season 2: Will Pete, Tristan, Scott & Kanye Appear On The Show?
By Jake Viswanath
RHOA’s Kenya Moore Said Her Friendship With Marlo Hampton Is “Too Far Gone”
By Brad Witter
Get Even More From Bustle — Sign Up For The Newsletter