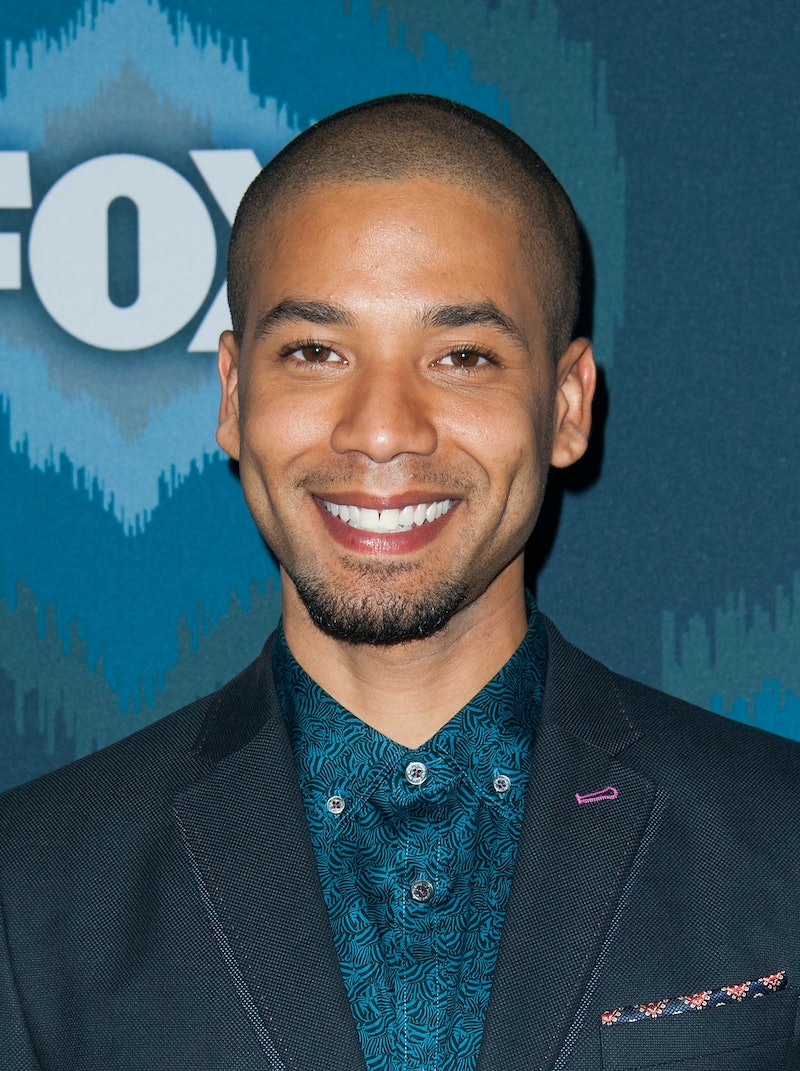 On Monday, the actor who plays singing sensation Jamal Lyon on Fox's Empire bravely opened up to Ellen DeGeneres on her talk show. Jussie Smollett came out on The Ellen Show and he did it in such an inspiring way. Smollett didn't talk about being gay in front of the studio audience, but instead he talked with DeGeneres one-on-one backstage, because he didn't want to take away from promoting his show. Now in an interview with Variety, Smollett discussed why he came out and what he hopes it does for others. He explained,

I didn’t talk to Ellen so that people could, be like "oh, my God, let’s see what Jussie does in his bedroom in his private life." But I did talk to her so that people understood that they’re not alone. That’s all.

Even though Smollett doesn't want to discuss his personal life, he does want to help other LGBT individuals realize that there are other people who can relate and understand what they're going through. What better way to show support than by opening up publicly? He's definitely become a role model and not just through his character on Empire, who is also gay. Several Twitter users have expressed what an inspiration Smollett is in real life and on TV and how his words have impacted them and their loved ones. Here are a few:

Ever since coming out, the reaction has been great for Smollett and he understands why this is being treated as such a huge moment. “It was a bigger deal to everyone than it was for me,” he said. “But at the same time I do understand why it is something to talk about.”

It's definitely something to talk about — not the fact that Smollett is gay, but that he's taking a stand for himself and the LGBT community in a supportive way.