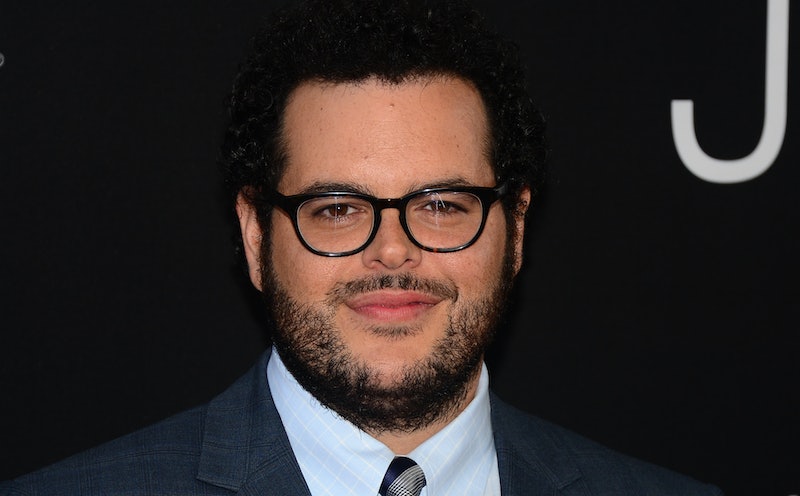 Josh Gad is having quite the week. First, he helped make the official announcement that Frozen 2 is officially happening, and now, according to Variety, now it looks like he has a whole new role as well: Josh Gad has joined the Beauty and the Beast live-action remake according to reports. Not only does this mean the movie will very, very likely be a musical (Have you HEARD Josh Gad sing?), but it also means the movie has the most perfect casting ever. Gad is going to play — wait for — LeFou! I can't think of an actor more suited to play the loyal right hand man to the dastardly (and dashingly handsome) Gaston. Well done, casting director, well done.

Gaston will be played by Luke Evans, the brute Bard from The Hobbit franchise. Gad is the perfect comedic balance to Evans' serious, brooding nature. And just in case you've been living under the proverbial rock, Emma Watson will also be starring as Belle, and Dan Stevens as The Beast. So yes, even as a grown-up, dreams really do come true!

Whether you're a kid, or a kid at heart, the upcoming Beauty and the Beast is going to make LeFou fans out of all of us. Here's why Josh Gad is the absolute best choice for the role:

He's Got the Sidekick Thing Down

He Definitely Has the Pipes

Everyone loves Olaf. Everyone.

He Deserves to be a Little Bad

Like I said, everyone adored Olaf in Frozen. Gad plays the lovable good guy time and time again. Sure LeFou isn't ALL bad, but he still sides with a baddie...so let's give Gad this chance to be finally be the bad boy. HE'S BAD!

He worked with Trey Parker and Matt Stone, after all. They've got that offensively funny down.

He's Hilariously Opposite of Luke Evans

They're a match made in comedically mismatched heaven!

He'd Look Fly in a Vest

Especially when belting this tune.