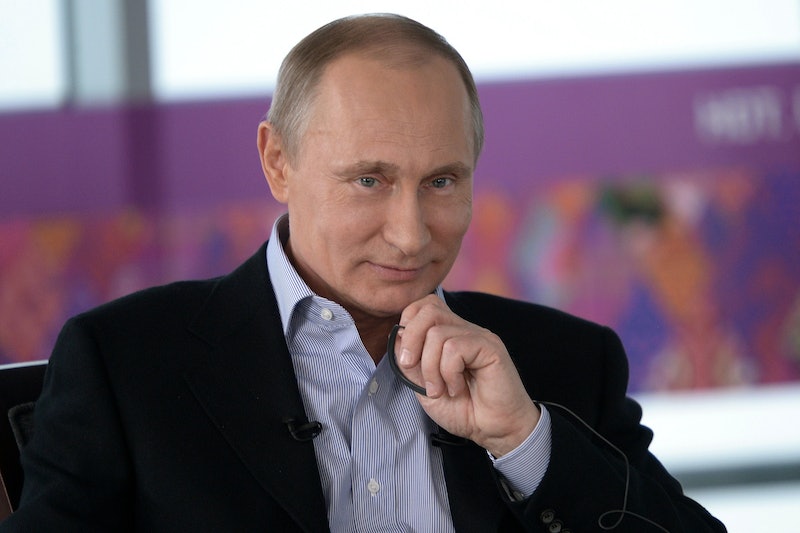 By now, you've probably heard about the world's most sought-after missing man, Russian President Vladimir Putin. He hasn't made a verifiable public appearance in over a week, fueling rampant speculation as to his whereabouts. Is he simply out sick for a little while, like the Kremlin says? What about a coup against him? Maybe attending the birth of his secret new child in Switzerland? All the coverage has whipped up quite a froth on social media, as evidenced by the latest fad: "Where Is Putin" memes are all over Twitter, and some of them are pretty darn funny.

Of course, it's always worth separating out the silly humor in a situation like this from the seriousness of a controversial leader. When you combine Putin's adversarial international posture with his reputation for tough-guy bombast and self-serving photo ops, it's sometimes hard to be figure out just how the internet culture ought to treat him. Suffice to say, what's actually going on with Putin matters a lot right now, for much better reasons than going all meme-crazy.

But, that boring disclaimer aside, there should also be some room for good humor now and then. Here are some of the #WhereIsPutin memes that have been kicking around Twitter recently — just don't let him catch you laughing at them.

For what it's worth, a source with the CIA gave their take on the situation to Gawker on Saturday — they believe that he's sick with the flu, much the same banal explanation that the Kremlin offered up (and continues to, with a presidential spokesman telling Reuters "this isn't funny anymore").

In the event that Gawker's CIA source is correct, and Putin's just been out of commission with the flu for a while, then this will undoubtedly rate as one of the most speculation-inducing flus of all time. It somewhat speaks to the impression that people have of Putin's rule in Russia — lest we forget, this time a few weeks ago, people were openly accusing him of having a chief political rival killed. In short, nothing is ever perceived as simple, tidy or at face value when he's involved.

Hopefully Putin's whereabouts and condition will soon be publicly made clear. After all, there are a lot of bigger issues surrounding him right now, and as much fun as a meme-filled afternoon might be, all good things must come to an end.