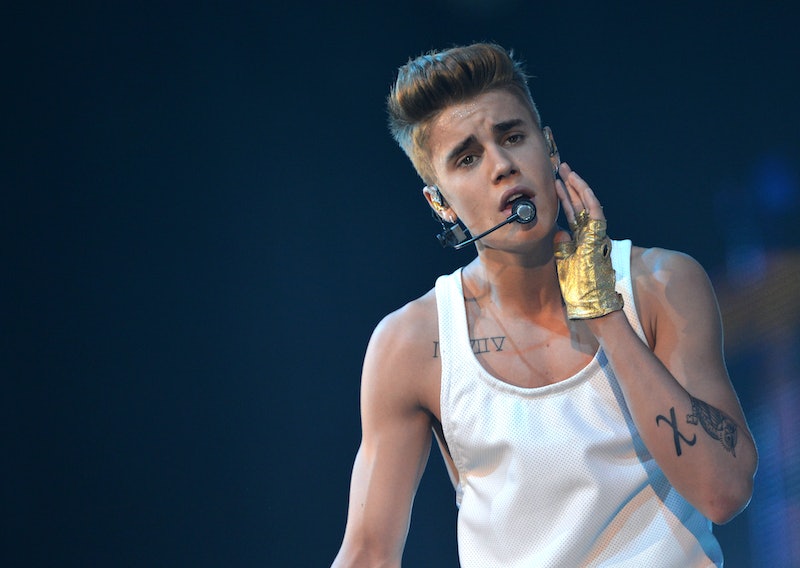 Today might be a good day for Justin Bieber to take some time for self care and reflection on his life and choices. On Saturday night, Snoop Dogg, Ludacris, Shaquille O’Neal, Hannibal Buress, Natasha Leggero, Chris D’Elia, and, oddly enough, Martha Stewart joined together at Bieber's Comedy Central Roast, which Bieber ended on a surprisingly humble and apologetic note. He acknowledged that he may have "turned a lot of people off the past few years," adding that there was no way he could have anticipated the level of fame he'd eventually reach. "There was no preparing me for this life. I got thrown into this, 12 years old. There are moments I’m proud of and things I've done that don’t define who I am. I look forward to being someone you’re proud of. ... I’m excited to see what's next." Bieber added, "You have my word — I will not end up broken, pathetic, bitter or sitting on someone else's roast. I'm at a moment of change. This is a new day."

Bieber seemed to take the teasing about his haircut and general belligerence lightly. After all, it was his own idea to freely volunteer to be roasted, though it's hard to tell is he was prepared for what that actually meant. It's possible that he may be hiding out somewhere under a fuzzy blanket watching lifetime and quietly tending to his emotional wounds, which is probably a good idea for now. Bieber was harshly criticized in a Men's Health cover story for being "offensive." "Why?" interviewer Oliver Broudy wrote, "Because his success primarily depends on skillful producers and shrieking tweens? Because he managed to steal the attention of half the planet's girls by basically becoming one of them?[...]Or maybe it's just that he's never had to deal with all the crap the rest of us have, like public transportation. Job interviews. Getting fired, or dumped, or ignored at the bar. Mowing the f--king lawn. This is a kid who had his bodyguards carry him up the Great Wall of China. Everything was handed to him. And now he's a big boy and he thinks manhood is going to be handed to him too. And you're like, no, dude. No."

Bieber's humble statement sounds sincere, but it's only one of many similarly humble-sounding public statements and apologies he's made for basically being Justin Bieber. It's hard to know for sure if Bieber really means what he says, but the Hollywood Reporterwrites that it's probably too soon to expect a total turn around from Bieber. As he left the roast, Bieber reportedly told journalists "I'm going to Vegas ... on my jet, bitch!"