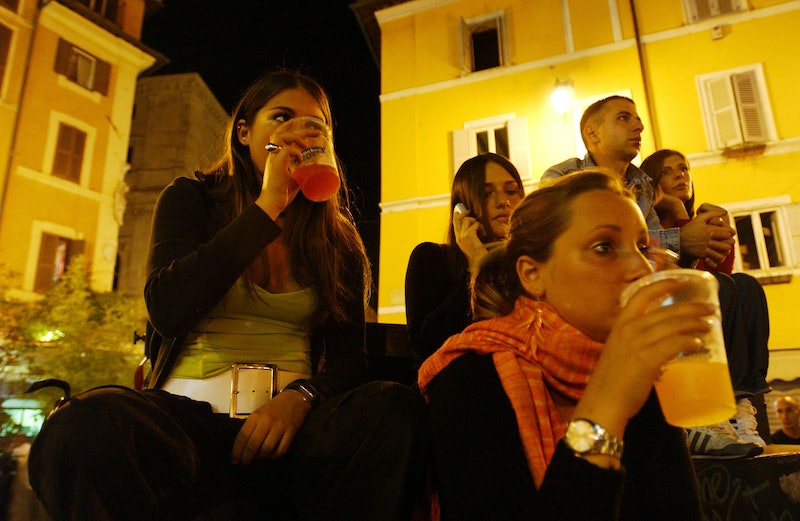 If web magazines had psychopathologies, I think we might consider Slate sociopathic. Today, regular Slate columnist Emily Yoffe tells young women to "stop getting drunk" if they want to avoid sexual assault — all in the midst of growing publicity for another terrible teen rape case in Maryville.

Ladies, your lack of restraint is driving men to assault you! Always remember: Preventing male violence is your job, not theirs. This is quintessential victim-blaming. It's so simple and oft-repeated that it almost seems silly to say but one more time, folks: To stop rape we need to teach boys and men not to rape, not tell girls and women to be smarter, dress differently or drink less.

Yoffe defenders will say: But it's true! Drinking does tend to put women, especially young women, in more risky situations. Okay. But you know what else puts women in risky situations? Literally anything they do in a world where men aren't taught that sexual assault is wrong (and their own responsibility to avoid). Yoffe worries that

... a misplaced fear of blaming the victim has made it somehow unacceptable to warn inexperienced young women that when they get wasted, they are putting themselves in potential peril.

But that's simply not true. Being a teen or college-age girl is to constantly be told that drinking — or walking alone, going to certain kinds of places, dressing a certain way, not realizing someone's intentions, not being clear enough with yours — is likely to get you in trouble. More warnings would not be terribly useful. Girls want (and should be able) to have fun without it being considered grounds for rape. Conversely, we could all be sober as nuns in parkas and there will still be rape as long as rapists are shown that it's okay and they can get away with it.

More like this
Wimbledon Alters All-White Kit Rule Amid Candid Period Discussions
By Catharina Cheung and Rachel Mantock
Iran Has Issued A Death Sentence Over Mahsa Amini Protests
By Catharina Cheung, Darshita Goyal and Maxine Harrison
How To Switch Back To A Personal Instagram Account From A Professional One
By Alexis Morillo
The Best Self-Care Strategy For Your Zodiac Sign
By Marilyn La Jeunesse
Get Even More From Bustle — Sign Up For The Newsletter