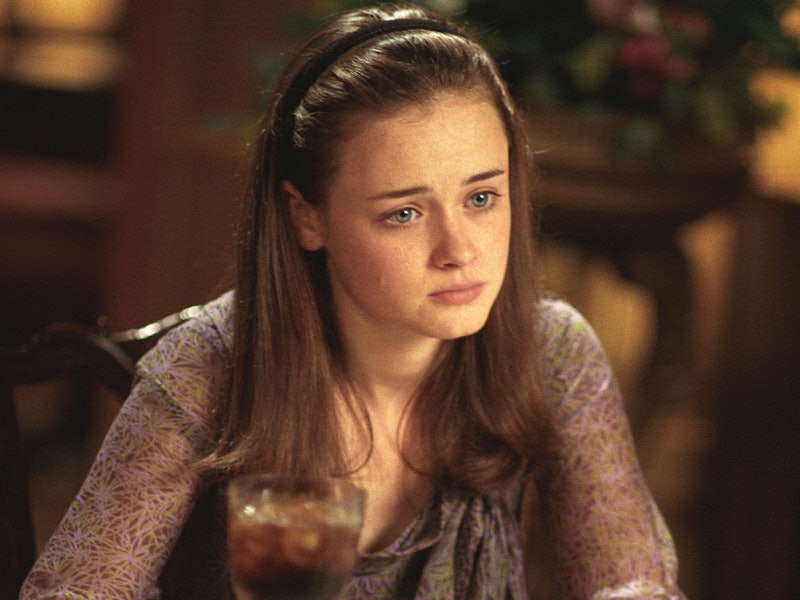 Like most people-pleasers I know, I pretty much came out of the womb (in a timely, easy manner that made my parents very happy) that way. It served me well through most of my diaper and elementary years, even if it meant that I'd given away most of my quality Pokémon cards to people whose friendship I craved most. It wasn't until fifth grade that the real struggle reared its ugly head. My teacher was one of those "tough love" types (minus the "love" part), and I remember very clearly how she interrupted me while I was reading out loud the first essay I ever wrote in my human life to tell me it was poorly done, and to come back with another draft.

My little 10-year-old brain was like, "Wait, what?" I had done the assignment. I did the thing that was supposed to please the teacher. I was so publicly humiliated that I (duh) started to cry, at which point she ordered me to stop crying. The people pleaser in me wanted so badly to not cry for her benefit, but I was so upset at displeasing her in the first place that I could not shut off the faucet on my face.

As a side note, I would like to take this small opportunity to say, Suck it, Ms. Rogel, I get paid to write things now — but more importantly, to reflect on just how often people-pleasers are at odds with themselves like this well into adulthood. If you're a fellow people-pleaser, you'll understand these struggles all too well:

You’re insanely busy trying not to let anyone down

Honestly, if I had any spare time, I wouldn't know what to do with myself. You can usually spot people pleasers out in the wild because we're carrying multiple bags full of stuff that we'll need for the ridiculously action-packed days that are occasionally made up of things we reeeeeally have no interest in doing but will benefit people we care about and/or are trying to impress. Our arms and our calendars are usually unbearably full.

Which means that you inevitably end up letting somebody down

When two people need something from you at the same time, you literally just want to crawl into a manhole, hide for six months, and emerge hoping nobody remembers your name. Even when you're doing the nice thing for one of them, you're spending the whole time feeling terrible about the nice thing you couldn't do for someone else.

You second guess literally everything you say

Other people put their feet in their mouths. You somehow defy all biological functions by shoving your feet down our throat, into your intestines and out the other side. Offending other humans is one of your worst fears, and because of that, you are sensitive to even the tiniest eyebrow raise from a stranger, which you will then proceed to overanalyze for the entire duration of the day.

People can totally smell a people-pleaser from a mile away

Eau de desperation and fear. This might not seem like an inherently bad thing, but if people can tell you're a people-pleaser, they might be inclined to take advantage of that. News flash: Some people are horrible.

You are constantly mistaken for a goody two-shoes

Being a "people-pleaser" and a "goody two-shoes" isn't mutually exclusive, but in other people's eyes, they might as well be. Yes, they both demonstrate the hallmarks of following the rules, being way too enthusiastic about boring things, and waiting to get patted on the head by authority figures, but they are motivated by entirely different things: Goody two-shoes have an intrinsic desire to be a certain way; people-pleasers, on the other hand, are acting on pressures from the surrounding environment and hoping the behavior will yield some result. (And if you're both...well, I'm starting a support group. I'll be in touch.)

Peer pressure can be overwhelming

There is no devil and angel on your shoulder—There is the people-pleaser, and the other people-pleaser. The first one's all, "Your parents/BFF/dog would be so upset if you did this!" and the second one's all, "These people you are presently with will be so upset if you don't!" I mean, we all experience peer pressure in our lives, but being hardwired this way is just one step deeper into the madness.

You secretly resent when someone asks you for a favor

I mean, yeah, we were totally asking for it and aggressively campaigning for them to ask us for that favor, but—let's be real—it's partially because we didn't think you'd really take us up on it. Just because we're people-pleasers doesn't mean we have endless energy, and are never lazy. We're lazy sometimes! We want to offer to help, but we also kinda want you to turn down our offer.

...But we also kind of judge / hate you if you don't let us help

DOES ABUSING MY TIME AND EMOTIONAL AVAILABILITY NOT SATISFY YOU ANYMORE?!

You are in constant unspoken competition with other people-pleasers

Some of the most awkward conversations I've had in my life have been with other people-pleasers. I've been all, "You can borrow my sweater if it matches your outfit," and another people-pleasing friend will be all, "You can borrow my car," and then I'll be like, "RIP MY FREAKING KIDNEYS OUT OF ME, THEY'RE YOURS, I INSIST." Things can get...out of hand.

First example that comes to mind: You really, really need to pee on a long drive, but you don't want to That Guy who makes everyone pull over just so you can empty your precious bladder. By the time you finally speak up, it's so bad that you're demanding to stop immediately, and everybody's even more annoyed with you than they would have been in the first place.

Every first date I've ever been on thinks they were ON FIRE the whole night, because people-pleasers have mastered the ancient art of pity laughing.

You feel the need to fill in every potential awkward silence

And you usually do this by asking random, nonsensical questions or accidentally over-sharing way too much about yourself. When a conversation isn't running smoothly, you feel like it is your personal responsibility to make it not awkward by using your word vomit as a giant conversation Band-Aid.

If a salesperson throws even a little bit of shade, I turn on so much charm that Rainbow Brite would probably punch me in the face.

I've always known this about myself, but it has never been made more clear than in the past few weeks, since I moved to New York: I am a MAGNET for those people who aggressively offer you deals to go into salons, or discounted comedy shows, or some deal or another. You feel awkward walking away once one of them is clearly super excited to have reeled someone in.

You feel so uncomfortable if someone ever acknowledges your hard work

Hearing someone say "thank you" for something is like briefly being thrilled by hearing nails on a chalkboard. You are so pleased, but also have no idea what to do or say, and thus fester into a ball of awkward yet again.

...But you're also super sad if they don’t

Pay attention to meeeeee! I just did nice things for you because I'm awesome, UGH.

You have genuine trouble ever saying the word "no"

Even if you really, really, really don't want to do something, you want to see the look of disappointment on someone else's face even less. Because of this, I've been roped into far too many embarrassing things to possibly count, including and not limited to, performing in character as Elsa at not one, not two, but three children's birthday parties (which I HIGHLY do not recommend if you have a shred of self-respect left in your bones).

Basically you are a perpetual (but still helpful) hot mess