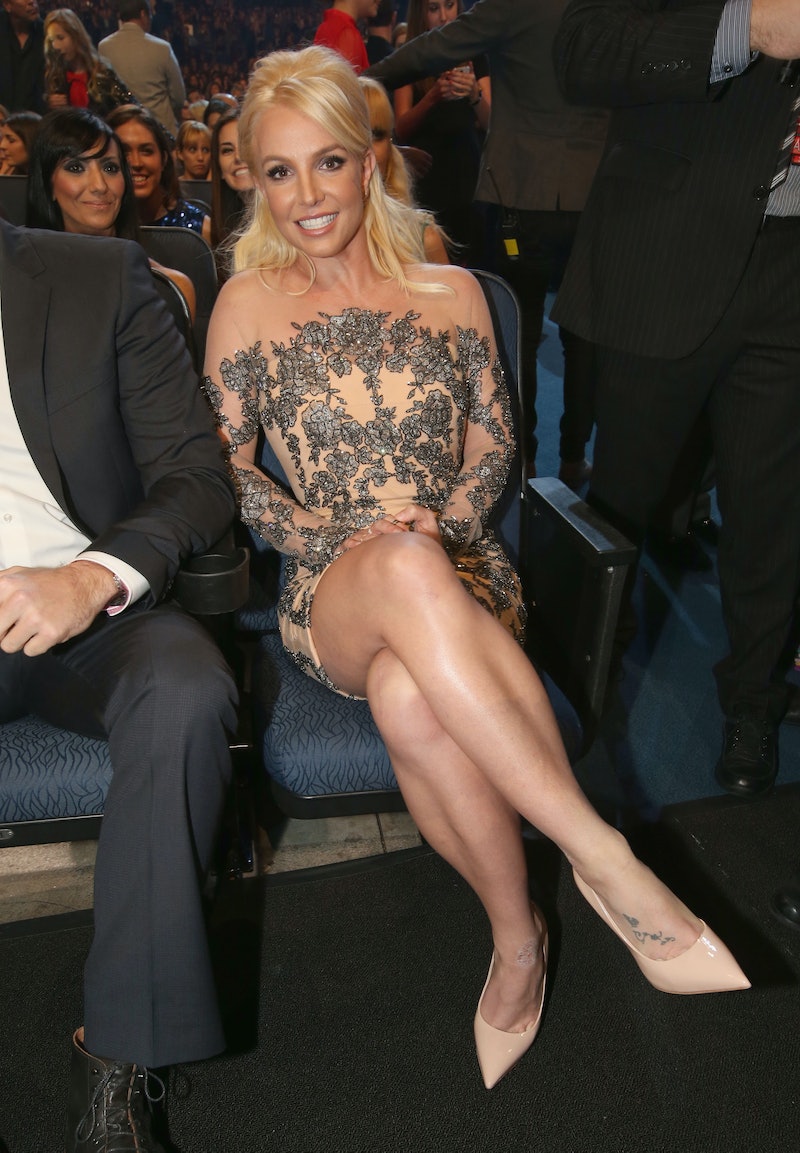 Remember that Britney/Iggy collab that was supposed to drop at "the beginning" of 2015? Well, we finally have some more details about the highly anticipated project. Over the weekend, The Sun reported that Britney Spears and Iggy Azalea's new song is called "Pretty Girls," and that it was co-written by 2011 X Factor U.K. winners Little Mix. Thanks to The American Society of Composers, Authors and Publishers (ASCAP) website, we also recently learned that "Pretty Girls" may have been produced by The Invisible Men — the same trio of musicians behind Azalea's "Fancy" and "Beg For It."

It's important to keep in mind that this information hasn't been confirmed yet, but if it turns out to be true, I'll definitely be looking forward to the track. Something tells me that Little Mix and The Invisible Men made a great team. Unfortunately, we still don't have a release date for "Pretty Girls," but I'm optimistic we'll get to hear it soon. After all, Spears started working on new music all the way back in September 2014, so, in theory, she could be ready to put out a new single in the very near future.

Let's take a look at some of Little Mix and The Invisible Men's past material in order to get a better idea of what "Pretty Girls" might sound like...

"Wings" has been covered a number of times on American Idol.

"DNA" has an epic, booming chorus that you won't be able to get out of your head for weeks.

"Move" is my favorite Little Mix jam so far.

According to Billboard, the Invisible Men–produced "NY Raining" will be featured on the upcoming Empire finale on Wed., March 18.

"Laserlight" proves that The Invisible Men know their way around a variety of different genres.

If these songs are any indication of what "Pretty Girls" might sound like, I think it could be Spears' best single yet.