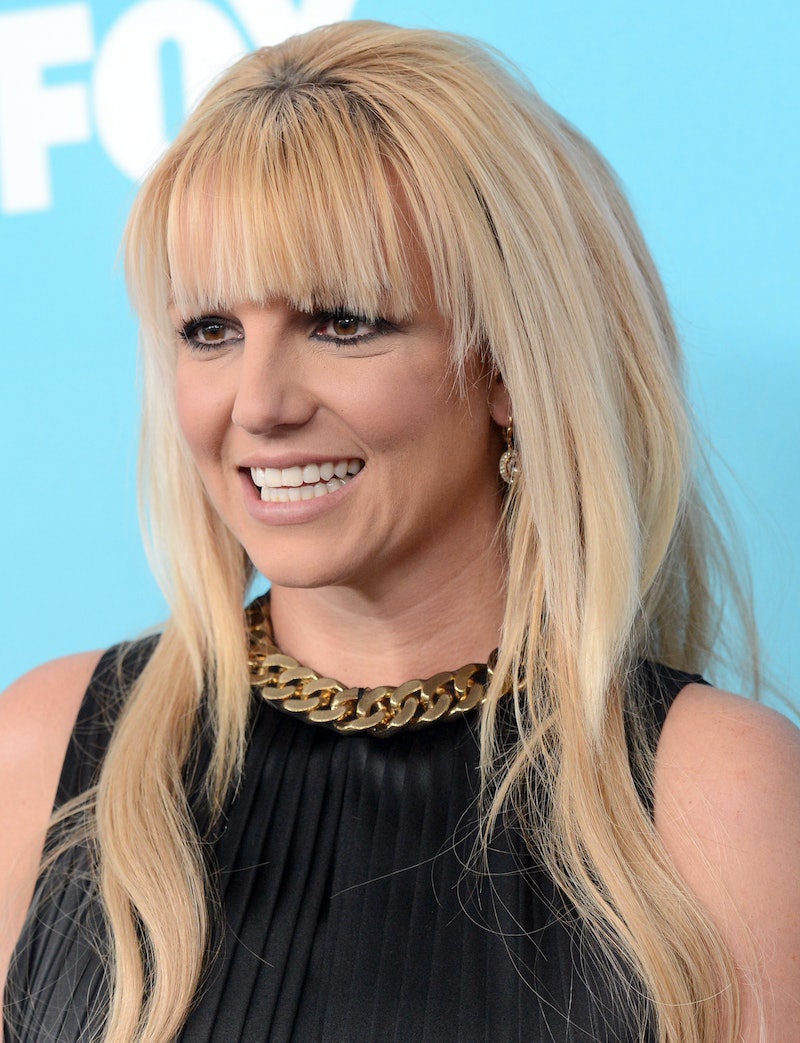 Very important news, so listen up: New Britney Spears music could be on its way very soon. On Thursday, Spears posted a photo of herself on Instagram taken from inside a recording studio, with the caption, "Studio today! Yay!" In the photo, Spears stands in front of what could be a sheet of lyrics with headphones on, looking absolutely jazzed to be there. It's good to know she's hard at work in the studio again and clearly intent on moving on from her ex-boyfriend David Lucado as quickly as possible. Spears has seen some tough times throughout the course of her career, but it seems she's learned to bounce back quickly, which makes me SO happy, because the boyfriend drama is getting stale. There's a new Britney Spears now, and I like her a lot.

If Spears is back in the studio again, this must mean a new single could be released soon, which could mean a new album, and a subsequent tour. Like Spears singles gone before, this new (completely hypothetical at this point) single could very well set the tone for the potential album and might give us a look at the new post-breakup Spears. Using Spears' track record of singles as a reference, here's what her new song could sound like:

A Thoughtful, "What's The Deal With Us" Ballad

Not my first choice. But I'll take it.

A "You're Terrible But I'm Still Not Over You" Song