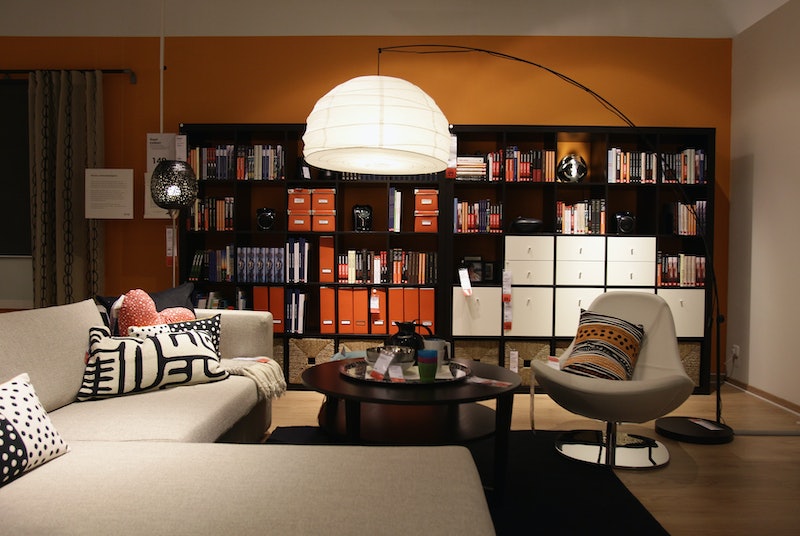 Looks like Ikea doesn’t believe in fun anymore: This week, the company forbade people from taking part in hide-and-seek games in its Netherlands stores. The policy came after thousands of people hoped to play the game in various events in stores across the Netherlands. But all those dreams are now over, as all events related to playing hide-and-seek in Ikea have been canceled due to safety concerns.

The different events on Facebook were hosted by either individuals or groups, each with their own twist of how to play hide-and-seek. In Amsterdam, for example, teams of five people would all wear yellow shirts to participate. During each round of the game, there would be five "sardines" with red shirts and if you found one of them, you'd sit next to them on the ground. The first team to find all of the sardines would win — just as long as no one misbehaved, or they'd be disqualified.

But there’s apparently a huge difference between Zooey Deschanel and Joseph Gordon-Levitt playing games in Ikea versus a group numbering in the thousands. With that many people around, the situation becomes ripe for danger and can quickly become a risky situation. “It’s hard to control,” Ikea Group spokeswoman Martina Smedberg told Bloomberg. “We need to make sure people are safe in our stores and that’s hard to do if we don’t even know where they are.”

For example, an Ikea store in Eindhoven was bracing for a hide-and-seek event of 32,000 people, and wasn't the only one with a large number of people hoping to play hide-and-seek. An Amsterdam store event had 19,000 people RSVP as attending in a Facebook event, while 12,000 were expecting to play in Utrecht.

The game gained traction after Ikea allowed one of its Belgium stores to let about 500 people participate in an organized hide-and-seek day. That event, was organized by Elise De Rijck, an event organizer from Antwerp, as part of a list of things she wanted to do before her 30th birthday and participants spent the entire day hiding in all sorts of Ikea furniture and items, like the notable Ikea shopping bags and fridges. What appeared to be a great event was a “once off thing,” said an Ikea spokesperson to the NL Times. Just like the Ikea monkey.

Naturally, the event organizers of the hide-and-seek games in the Netherlands are looking for other locations to host the event. And though there’s nobody who doesn’t appreciate a fun way to play a childhood game again, canceling this event is for the best. For those of us in the United States and other countries, we can just imagine what it must be like and secretly play as well. As for the rest of the people in the Netherlands, they can just stick to Ikea hacks and going to Ikea for the furniture.