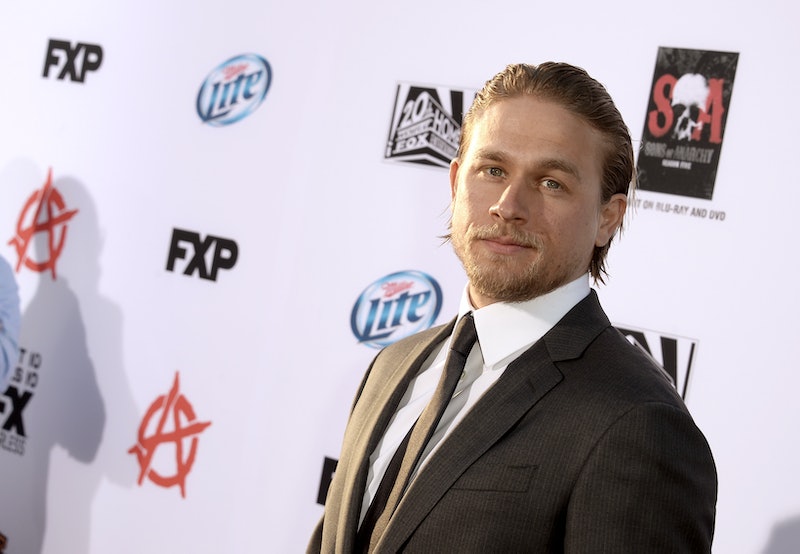 It's starting to seem like a day can't go by without some sort of Fifty Shades of Grey drama causing an Internet frenzy. Just four days ago, it was announced that star Charlie Hunnam was no longer playing the lead role in the the film adaptation of E.L. James' bestseller, and on Tuesday, it was reported that the producers had hired a script doctor to fix up Kelly Marcel's screenplay. Now, the latest news from the set is that Universal has drawn up a shortlist of actors to replace Hunnam, and, breaking hearts everywhere, none of them is Ian Somerhalder.

According to The Hollywood Reporter, Jamie Dornan, Alexander Skarsgard, Theo James, and Christian Cooke are all in the running to play the coveted role of Christian Grey. While we still argue that Somerhalder would be a better choice than all of them, we have to admit that the contenders have potential. Here's how they stack up:

Dornan, a 31-year-old Irish actor, is apparently the frontrunner for the role, and we can understand why. He has the good looks of Christian Grey, and is best known for playing a serial killer/family man on BBC's The Fall, meaning he knows a little something about complicated roles. And he's no stranger to nudity, a necessity for the 50 Shades role; Dornan appeared naked in a May episode of the show.

Personally, Skarsgard is our pick for the role, out of all the actors on the shortlist. It's well known that the True Blood star is not shy about nude scenes, and he shares Christian Grey's tall height and smoldering stare. He's a little old for the part, but otherwise, he fits the bill perfectly. And we're not the only ones who think so; Skarsgard himself addressed casting rumors last year by saying that he "was born to play that part." And the fact that James was inspired to write Fifty Shades because of another vampire tale, Twilight? Well, the pieces seem to just fall in together.

James seems a little too nice for the part of domineering, intimidating Christian Grey, but he is the right age, and you can't deny that he's attractive. Plus, he's familiar with book-to-movie adaptations, having starred in the upcoming Divergent, based off Veronica Roth's YA bestseller.

Honestly? We just don't see it. Cooke is good-looking, but he's too scruffy to play the clean-cut billionaire Christian Grey. (Then again, so was Hunnam.) Still, he had several nude scenes in Trinity, a 2009 British drama show, giving him a step up from some of his competitors.

Out of all the men, Skarsgard's our pick, but really, any of the four would be fine by us. Hopefully, once the replacement for Hunnam is chosen, the rest of the Fifty Shades production will go a lot more smoothly. Who are we kidding, though? Filming doesn't start for another month, and already, the movie is being declared a disaster. If it actually makes it to theaters, it'll be something of a miracle. Like Anastasia, we'd simply say: Holy crap.