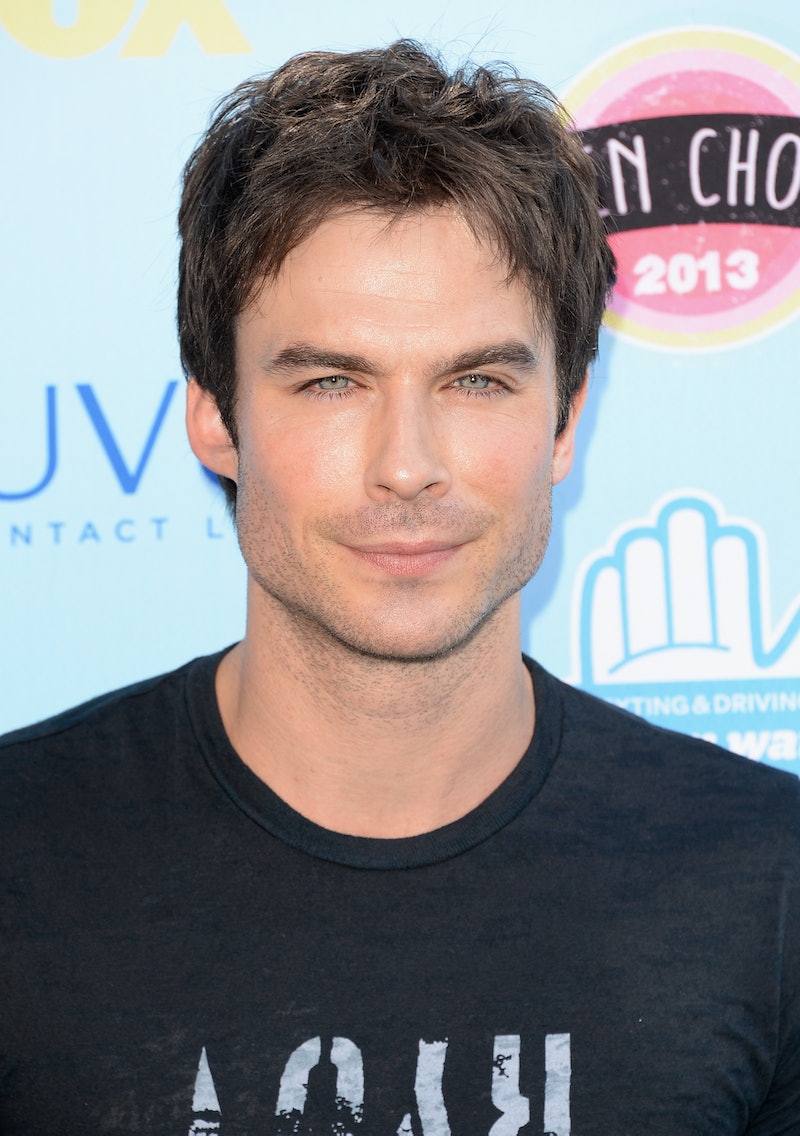 We the people formally request that Ian Somerhalder be cast as Christian Grey in the upcoming movie, 50 Shades of Grey. In the aftermath of Charlie Hunnam's unfortunate departure from Fifty Shades , a film that is guaranteed to turn into a monolithic franchise in the next five years, a significant role has been left empty, and it is clear who should fill it. Outlined below are our reasons the entirely of womankind is ready for Ian Somerhalder to get naked and wield a set of handcuffs.

It is truly unclear why the director, Sam Taylor-Johnson, has been so vehemently holding out on the most keen of all the actors vying for the role of Christian Grey, but we the public will not stand for it any longer. This injustice cannot continue. Somerhalder is gagging to be Christian Grey (confusing S&M pun intended), and gosh darn it, we should let him play the role. Those sparkly light eyes and ability to make us swoon with a simple hair flip dictate that the needs of the people must be met, and they must be met now. Somerhalder will play Christian Grey, he will whip us into a sexually-frustrated mania (yes, all S&M related puns are super intentional), and he will have loads of naked scenes in which his butt gets significant screen time. These are our demands, and we will not silenced or ignored.

Firstly, any actor that openly campaigns for a role with the wholehearted support of the movie's viewing audience should be a shoo-in for the role, no questions asked. Isn't pandering to a sexually starved target audience the entire point of making these porn-y low-quality books into movies in the first place? Fifty Shades of Grey isn't going to win any Oscars, and Charlie Hunnam would've made an extremely sexy Christian Grey, but he isn't going to do it, so going with the fan favorite wouldn't be a bad move. In fact, it would probably be a very bankable move, so whats the hold up?

Secondly, people have said that Somerhalder might be a strictly small-screen star, but let us not forget, stars are made by franchises. Did anyone know Daniel Radcliffe or Robert Pattinson before their big roles? No, because that's how franchises work — they earn basquillions of dollars and aggressively hype up-and-coming actors. Somerhalder might be a big hit with Vampire Diaries fans, but for those of us who didn't watch Lost, don't watch the CW, or don't work in entertainment journalism probably aren't familiar with him. This could be a chance for those icy blues to make their impact internationally. If he can't play the role well, then it's just another shitty movie we watch just to see a real six pack and a perky butt; if he can pull it off, we might actually have a better Twilight on our hands.

Also, he is extremely, criminally good-looking. Which is basically Christian Grey's essential selling point, so c'mon Hollywood: Follow our lead here. We want Ian Somerhalder as Christian Grey, and we won't settle for anything less.