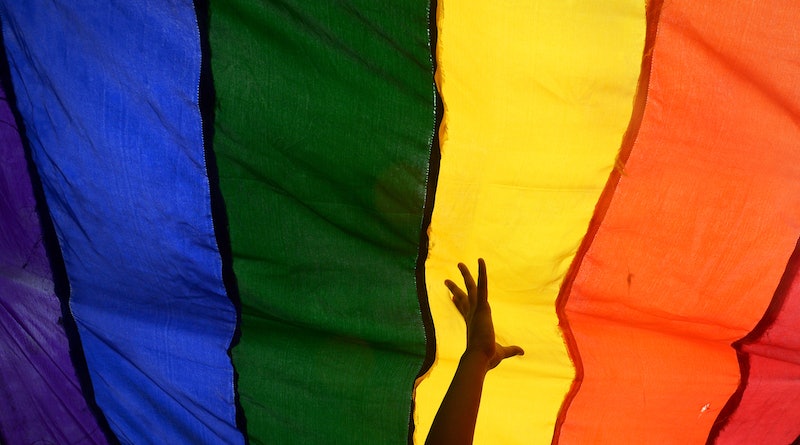 Indiana just took one step backwards in equality and one step forward in passing the controversial Religious Freedom Restoration Act. On Monday, the Indiana House Judiciary Committee gave the nod of approval to the religious freedom measure, Senate Bill 101, which would let private business owners refuse service to customers based on religious beliefs. The House committee voted 9-4 to push the bill along to the next step in the process, which is to send it back to the full House for a second reading.

So what exactly would this bill do, if passed? Bustle’s Abby Higgs wrote two weeks ago, back when the Indiana State Senate first passed the bill:

Its alleged intention: “to prevent laws that substantially burden a person’s free exercise of religion.” Essentially, it means that, while freedom of religion is one of our unalienable rights, freedom to be a minority is not. Because it “burdens” another person’s religious rights.

So, for example, a Christian pharmacist could refuse to dispense contraceptive pills if it conflicted with their religious beliefs, Indiana station WTHR posits. Or, to cite a real-world example, in the case of the Christian baker in Colorado who refused to make a cake for a same-sex wedding, the pending legislation in Indiana would have ensured that the baker’s rights were protected.

Moreover, the bill opens up the question of just how far personal freedoms extend. At some point, the fight for religious freedom crosses a boundary into discrimination. Does one really have the right to protect his or her own freedom at the expense of another person’s freedom?

That question has stirred strong opinions from people both in opposition and in favor of the religious freedom measure. At the hearing Monday, hundreds showed up at the statehouse to make their opinion known. Fox28 reports that supporters wore green shirts, while the opposition wore red. Supporters say the bill is necessary to protect both business owners and the freedom of religious belief. On the other hand, many say that the bill would essentially endorse discrimination against gays, lesbians, and other minorities.

"I'm a woman, I'm African American," Whittney Murphy, who opposes the legislation, told Indiana’s WTHR. "I'm also a member of the LGBT community. So, if I walk up to a store and there's a sign that says no LGBT people, I remember reading from history there were signs that said no African Americans and that was based on religion as well."

Particularly when placed in comparison to past discrimination, the Religious Freedom Restoration Act seems a dangerous measure to pass. Sure, it may appease Indiana’s religious community by preserving and protecting their "rights," but it also would signal that their rights take precedence.