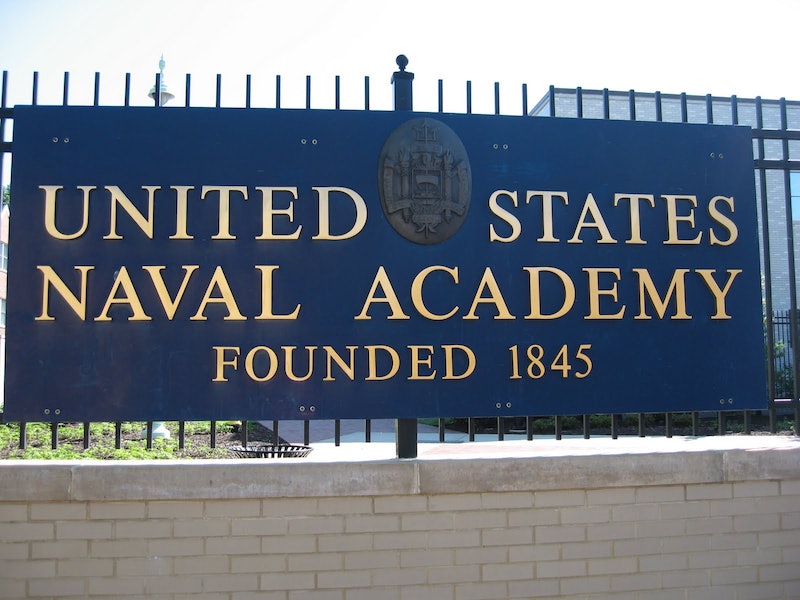 What is it with the military and sexual assault? According to a news release on Wednesday, the U.S Naval Academy has finally charged three midshipmen (who are also current and former Navy football team players) with two violations of military justice code: rape, or sexual misconduct, and making a false official statement.

The incident in question reportedly occurred over a year ago at a party in an off-campus house in Annapolis. The alleged victim (a female midshipman) says she woke up with bruises and no memory of the night before, but then "learned from friends and social media that three football players were claiming to have had sexual intercourse with her while she was incapacitated," according to a statement made by her lawyer, Susan Burke.

Although the victim reported the incident to the Naval Criminal Investigative Service at the time, the accused were apparently let off scot-free, while she was punished for underage drinking, and forced to keep going to their football games (!). The case was then closed, reportedly due to the victim’s “unwillingness to cooperate."

The Navy agreed to reopen the investigation once the girl sought legal help, though, and her lawyer said on Wednesday that she is “cautiously optimistic that justice will finally prevail in this case.”

But she warned that "even if this case is successfully prosecuted, the larger problem remains: rape cases in the military are controlled by untrained and biased commanders whose career interests may be served by covering up incidents like this one. The Naval Academy's handling of this case raises troubling questions about how the victim and the football players were treated. This case reflects why rape victims are fearful and skeptical of the military justice system." No kidding.