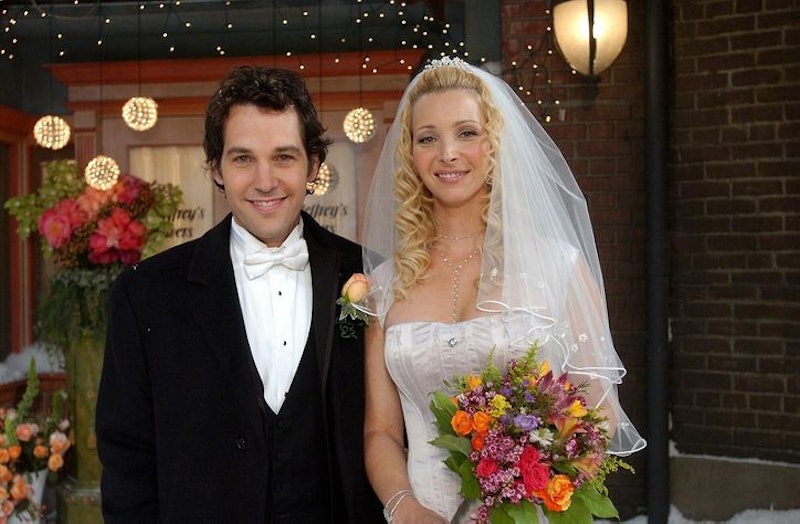 The men of Phoebe Buffay's love life are as eclectic as her songs: They're each unique, and not without their complications. Even though the show centered around the love story between Ross and Rachel, Phoebe had plenty of her own romances in Friends (like Mike!) — as well as heartbreaks, interesting, uh, dating choices, and so much more. (Remember that time she and Monica fawned over a guy in a coma?) What I loved most about Phoebe's love interests were just how atypical many of them were. Though she herself was a creative type and an artist, she never dated within that specific mold — instead, she dated a lot of different men, like firefighters, teachers, police officers, and scientists.

In the end, however, Phoebe ended up with Mike Hannigan (played by the endlessly lovable and ageless Paul Rudd) and it was by total coincidence, too. Had Joey never faked a blind date for Phoebe and just shouted, "Mike!" into the abyss of Central Perk, then who knows if they ever would have met. Mike was above and beyond the best man Phoebe ever loved. He was a sensitive lawyer who left the field to follow his dream of becoming a pianist. During their beautiful winter wedding Mike declared that he loved Phoebe because she is "so wonderfully weird," and they made beautiful music together forever and ever.

But what if Phoebe never found her lobster in Mike Hannigan? What if her lobster was one of her other boyfriends? Let's see what it would have been like if Phoebe stayed with one of these blasts from the past.

David had to leave Phoebe for research opportunities in Minsk, and, alas, their love was not meant to be — but, he did return at the end of Season 9 to declare his undying love for her while she was seeing Mike. What if she had chosen David over Mike? Realistically, Phoebe would probably have ended up in Seattle or Maine near a research facility, or maybe in a rural midwest town where David teaches at a university. Either way, being with David would mean following him wherever his career goes, or asking him to plant his feet in New York. Hey... whoever said love was easy?

They would release a series of successful children's albums before moving on to host a kid-friendly show called Smelly Cat and Friends. (It's a viral success.)

Phoebe would put forth a strict "no shooting outside of work" rule, and they would move into a brownstone in Brooklyn.

Sure, he was gay and then not, but Phoebe is open-minded! She would travel the country with him from ice-capade to ice-capade, and help design his rink wardrobe. It could have been a perfect life — with the added bonus of him not lying about his sexuality and having a green card!

If Phoebe was going to end up with anyone other than Mike, it would need to be this guy. Hot, passionate love and poetry? It's a win-win. Phoebe would focus on her music, Vince would save the lives of countless New Yorkers, then the duo would reunite at home to be an adorable couple together. Really, it's a good thing Mike was so perfect, otherwise Vince would have TOTALLY won this race.