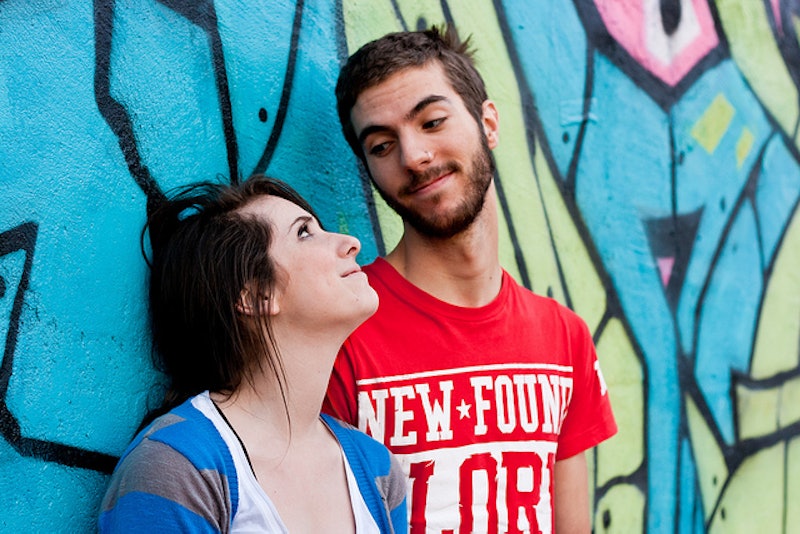 When it comes to sex, I like to say, "The longer you wait, the longer you date"— and I try to wait 90 days. I know that there are naysayers shouting, "But my boyfriend and I had sex on the first date and now we're married with three kids!" Okay. There are loopholes in every "rule" – and I'm not even calling this a rule. Just, from my experience, my personal set of guidelines, I really like to first hone in on the emotional connection with someone instead of rushing the physical. Otherwise, I find that hormones take over. We’ve all been there. Just the other day, a friend said to me about a few-weeks-old relationship, “But I can’t break up with her — the sex is amazing.”

Also, I'm not talking about flings. I'm talking about if you want a bona-fide, committed relationship and want to try something different, a la waiting as close to 90 days as possible before you sleep with the person you’re dating. And by the time you do have sex, I guarantee it’ll be amazing because of the emotional tie you’ve established. Here's why:

1. You get to know the person emotionally, not his/her body (per se).

This way, you’ll know the relationship is primarily based on your emotional connection with someone, not the physical. What do you two have in common, interests and values-wise? Running? Biking? Volunteering? What’s the person’s favorite childhood memory? What do they want to do with their life, and what do they actually do? And think of all the non-sex dates you can go on. I know that sounds crazy, but it’s true. You will have plenty of time for sex later. You’ll see.

2. You can still get to know his/her body (without having sex).

I’m not saying to be 100 percent chaste and join a convent. I’m just saying there are plenty of other things to do, physically speaking (wink, wink — I’m sure you can use your imagination).

3. You don’t get too attached.

Like the male friend I mentioned above, both men and women seem to get more attached (that damn, oxytocin!) after having sex. That’s great, but why can’t this attachment happen after you learn more about them — from what makes them tick to their temper.

When I started my 90-day lifestyle, it happened by mistake. Between boyfriends, I’d read a bunch of dating books by therapists and many emphasized the importance of an emotional connection with someone, and the physical then being even better. About five dates into seeing a new guy, he said, mid-makeout, “Do you want to have sex?” “Noooo,” I said, jumping up from the couch. Of course I wanted to, but more of me wanted to get to know him better first.

After all, up to that point, I knew plenty of surface things about him, but not deeper things like who his best friend was and how they met or what his long-term life goals were or if he quit his job now, where he’d go live. So I blurted out, “I like to wait 90 days.” “Okay,” he said. He patiently waited (and I actually think it happened past 90 days, because we were having so much sexless fun that we lost count). And then the cycle continued when I dated other people, each lasting 1-3 years.

Then, there are the times that the more I get to know a new guy in 90 days, the more I discover that he and I are not a good match and will never make it that far. When this happens, I'm grateful that nothing happened and I save myself for someone I want to date, someone to potentially have a long-term future with.

5. You have extra time to talk about sex, pre-sex.

The CDC estimates that nearly 20 million new sexually transmitted infections occur every year in the country. Plenty of STIs go undiagnosed, and plenty of people who have them don't have symptoms — but that doesn't mean they can't something to their partner. One time, I was dating someone and we were waiting the 90 days. But, about 60 days in, I learned that he had never used a condom. NEVER! Whaaaaaaat? “I’ve only been with a handful of girls. They said they were on the pill, and they all seemed nice.” Nice?!

Having 90 days gives you time to feel comfortable and be open and honest with your partner. Ask questions. Talk about sex, condoms, birth control, etc.

6. Sex after waiting is more amazing than ever.

People say sex is an important part of a relationship and I agree. But by waiting, by the time you do it, I think it'll be amazingly, electrifyingly, a-million-fireworks-in-the-sky great, because you and your partner will be so emotionally connected and invested in one another by this point.

YAY! Congratulations! You made it to Day 90, this huge end goal! Now, have lots and lots of sex!! Also, maybe go off to a cool hotel for the occasion and make a vacation of it!