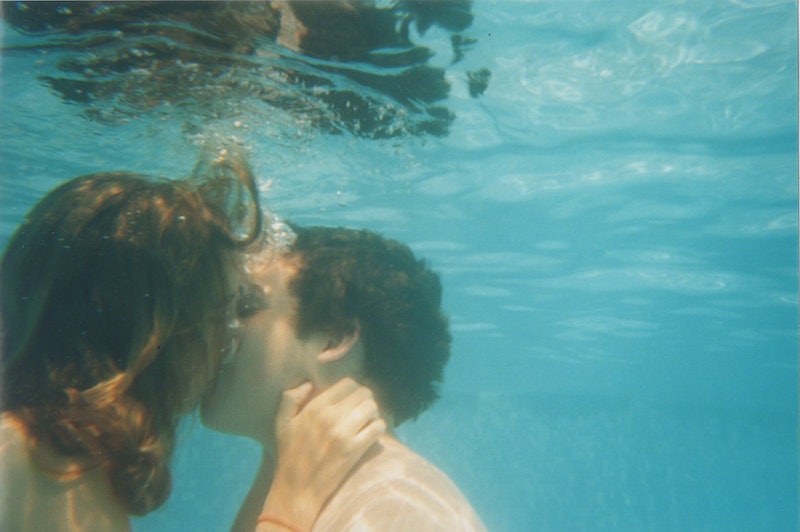 There's a reason food hunger is likened to sex hunger: Both using the word "appetite" to describe the urge to satisfy it. And sex, like hunger, is a totally basic, foundation-level human need (unless you made a conscious, independent decision to abstain for whatever reason, which you don't need me to tell you is totally fine). Sometimes you will gleefully devour an entire vat of oatmeal or, like, a whole can of those disappointing black olives simply because you're starving and you need that internal gnawing feeling to end. We experience bouts of this in the sexual sense, too—like when you suspect you seriously might start humping all peripheral strangers should you fail to masturbate or otherwise get off before leaving the apartment. Other times, you have a very specific hunger—one that can't be sated by just any gruel or couch cushion. It's like...truffle-infused, pine nut-stuffed baguette or NOTHING. Because no matter how hot that oatmeal is, it does not begin to compare to those pine nuts—so frankly, it's that or you'll just skip.

One friend once told me seriously the best comparison between whatever sex and "in love" sex. It's the same as out-of-season, non-organic tomatoes vs. homegrown, organic ones. You get into a habit of ordering a scoop of 'maters on your burrito, whether they're the good ones or the bad ones, no matter how emaciated they look, no matter how watery you know for sure they will taste. But then! Should you drop to your knees, put in the work, and grow yourself nice little tomato vines (or perhaps more realistically, visit your local farmer's market on a weekend day just before noon)—then you get the actual appeal of how tomatoes can taste: a hint sweet, bright, slight twang, and seriously? No weird, uncomfortable bumps. Not that the imported tomatoes are inherently bad or you shouldn't even bother with them—imported tomatoes have their place—but holy cow those organic (orgasmic?) ones. Let's talk more about the organic tomatoes of boning: Having sex with someone you love. Here's how it's different from sex with someone you aren't in love with:

This person you love—with whom I'm assuming a sturdy foundation of trust is already in place—has seen you at your most vulnerable. And if not at the most vulnerable, they've at least caught glimpses of your TMJ mouthguard or heard you angry-cry from the other side of a door after you got disappointing news. If they didn't judge you then, they won't judge a momentary, noisy skin suction (because those happen). And when you're not worried about what someone thinks of you (duh, they're madly in love with you, and at least for now, nothing could dampen that), you're free to have totally un-self-conscious sex, which is always the hottest.

When you feel comfortable enough to ask a partner to grab some tampons for you while making a grocery run, you're likely capable of letting them know it makes you see major orgasm-sparkles when they do that thing, right there. In the same vein, they should indulge in the same kind of honesty. And guess what's hot? Looking at your partner's completely ecstatic face and know you're the one responsible for making it look that way. Simultaneous orgasm, anyone? Yes, please. (Conversely, this also applies if your partner tends to jackhammer to the finish line but this kinda summons a vagina funeral on your end and you tell them so they may adjust accordingly.)

You're more familiar with each other's bodies

Again, the honesty thing. Keeping a little artillery of truth chunks you gather through repeat romps can lend to better sex in the future. Did you notice how your partner flipped when you did that thing to their nipples? Awesome. Keep doing it. But also—

Comfort lends itself to having an open mind

Which means you can try new stuff! You might feel a little nervous to attempt a different position or experiment with toys (which you should def do) with someone you don't feel emotionally connected with. When you know someone completely, fully has your back and is going to protect you, you can let your physical and emotional guards down all the way, and have an infinitely better time.

C'mon—this is someone who's seen your cellulite a whole bunch of times, and still thinks you're hot AF, regardless.

Booty calls are fun and have their place, and maybe I'm alone in this anxiety, but when I was having a lot of casual sex, I'd often miss my chance to get off because I'd get sidetracked thinking about that night's train schedule. How was I gonna get out of there and how soon? Simmering in a little love puddle—or a slightly more-formed and cooled cube—means there's no stress to hurry and get going. Chances are, you're staying over or vice versa or you live together. No rushing to catch the train every single time. You can take your time, hang out, have sex until you pass out, at which point you can (and should) order post-coital delivery grub, obvs.

When you're boning a person you're bonkers for—and who is also bonkers for you—you're both aiming to get the other one off. So you'll both be more open to direction, attentive to subtle physical cues, and not stop 'til you make the other person have a hearty O.

There's no pressure to be perfect

That being said, if one or both of you leave the sticky sex tangle without actually climaxing, it's not the end of the world. But most of the time, performance anxiety strikes when we're afraid this might be our only shot to knock someone's socks off. With someone you love, this is not the first time you're getting down and dirty—and hopefully, it's far from the last. You get to try again. And again and again and again.