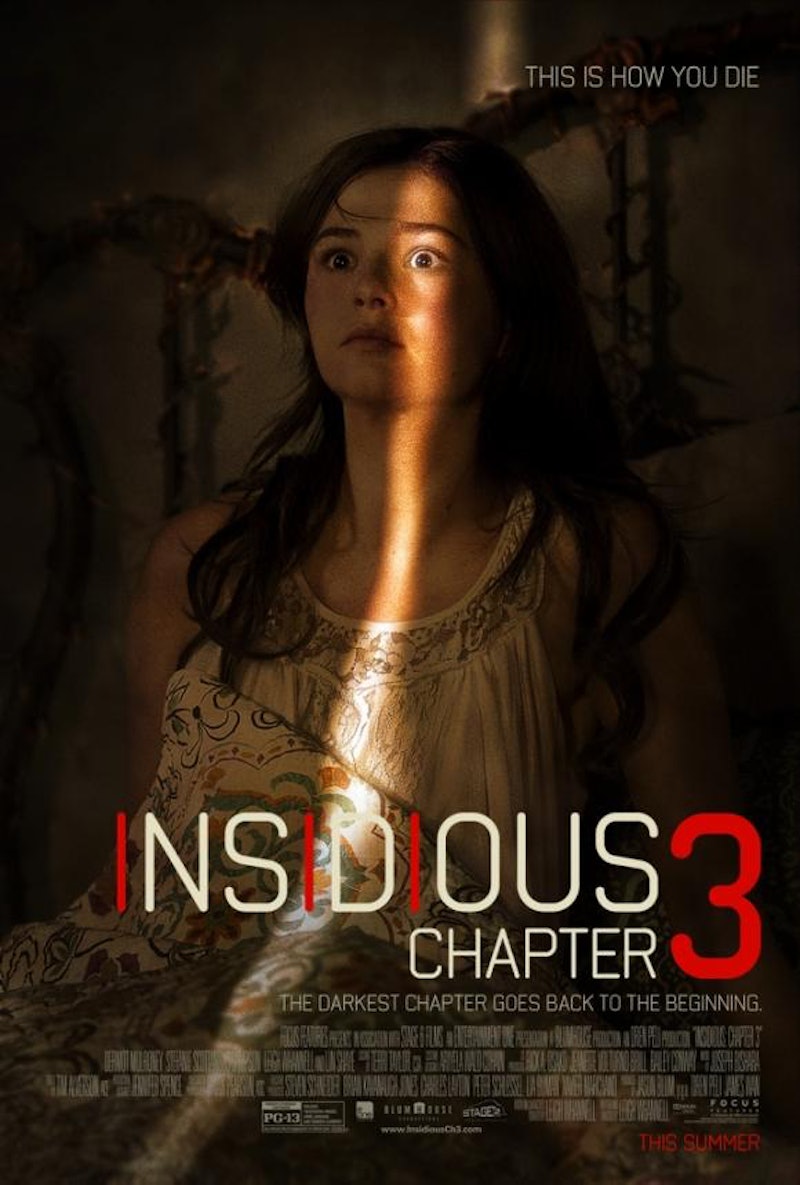 It's time for your Wednesday spook, guys: there's now a new trailer for Insidious: Chapter 3 , along with a new promo poster to boot. And they are both freaky as all hell. The last Insidious: Chapter 3 trailer was released in October, but this new one is decidedly darker and focuses on all the... insidious stuff that happens to a different family, a dad, and daughter. Elise the psychic from previous films comes back, though, to help try to smooth things over with the dead.

The new trailer is not for the faint of heart. Even though, unfortunately, sometimes trailers for horror movies are much scarier than the movies themselves, this one looks particularly promising. Great use of eerie music and long stretches of silence and dark, dark shadows in the trailer (when you watch it, I suggest turning up the brightness all the way on your computer). It's a shame that Patrick Wilson and Rose Byrne won't be back, but who knows? The new cast could out-scare them. And as good as the original Insidious was at scaring the ever-loving crap out of us, the second installment paled in comparison, so maybe the third in the trilogy will redeem the franchise. Here are 7 moments from the trailer that will keep us up at night:

Let's Start At The Very Beginning

Who doesn't love an origin story?! Insidious: Chapter 3 begins before the events of the first chapter, focusing on the haunting of a new family, as a young girl named Quinn is haunted by her dead mother. Astral plane psychic Elise (played by Lin Shaye) from the first 2 movies comes back to assist.

Dead mom who looks nice but is actually a malevolent spirit!

Whatever the hell this is. Note: Quinn also looks under her bed after hearing noises. Classic mistake.

Dermot Mulroney as hot sensitive dad that's just trying to raise a daughter on his own/ protect her from astral projecting into an evil alternate world.

Total NOPE to ghostly footprints leading up to a broken window — but also total yes. Naturally father and daughter immediately look out the window to investigate, because this is a horror movie...

They looked out the window only to discover what's driving the subplot: there's a spirit of a man that committed suicide in their building!

Brave psychic Elise confronting the spirits of The Further that have taken Quinn. She is pretty bold when it comes to standing up to paranormal evil entities.