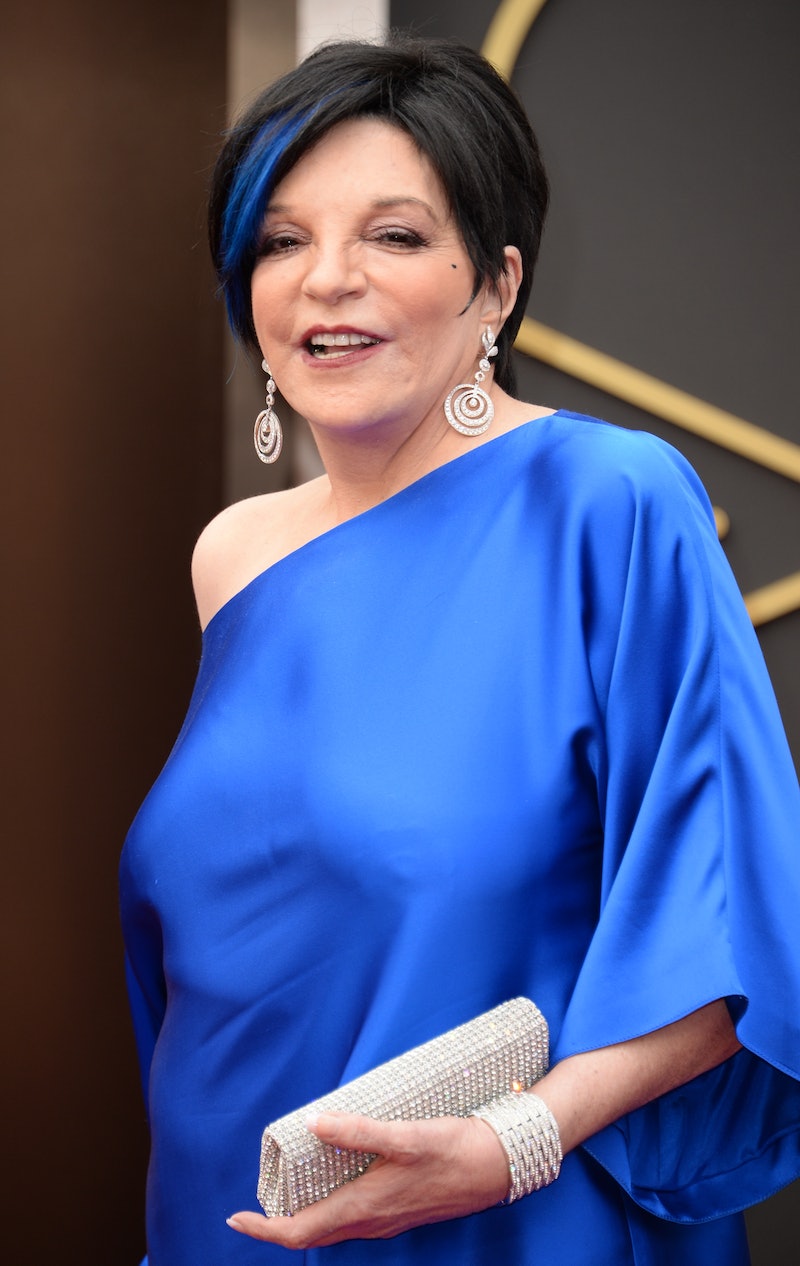 While this news is devastating to hear, at the very least, it sounds like her progress is already promising: According to People, Liza Minnelli has entered a rehab facility in Malibu for substance abuse. The 65-year-old actress, who most recently appeared in Season 4 of Arrested Development in 2013, checked in to a facility in the area "several days" ago, according to TMZ, and has been making "excellent progress" since admittance. A representative for Minnelli confirmed the development, saying:

Liza Minnelli has valiantly battled substance abuse over the years and whenever she has needed to seek treatment she has done so [...] Considering she's doing so well, we expect that she'll be released shortly.

Minnelli reportedly entered the facility (which remains unspecified) for alcoholism, which she's previously publicly struggled with, along with drug abuse. Minnelli has previously entered rehab multiple for alcohol and drug abuse — most recently in 2004. She's spoken openly about her struggles with addiction in the past, most notably during an episode of Inside The Actors Studio back in 2006. When host James Lipton asked Minnelli why she fell victim to struggles with addictions after seeing the effect it had on her mother, Wizard of Oz star Judy Garland (who tragically died of a drug overdose in 1969), Minnelli said:

Well, the answer to your question is in your question. Nobody would do that... nobody would do that if they'd seen the things that I'd seen unless they couldn't help it. And within the last year they have discovered the gene for alcoholism, so all the people who say, "oh, you're just a slob," or "you're just this," or "it's a lack of willpower"... I've won 3 Tonys, an Academy Award, 3 Golden Globes — a lack of willpower?! I don't think so. This is a disease. And the sooner we know that, the better. But it's a disease that you don't have to succumb to, you can live with it — you know, you get a daily reprieve by just believing in each other and how good God is to you and looking in each other's face and saying, "how you doing today, you only got one day at a time. Don't blow it."

While it's saddening to see that Minnelli is still struggling so deeply with substance abuse, it's a good to hear that she's getting the help she needs and making such notably amazing progress in fighting her addictions.