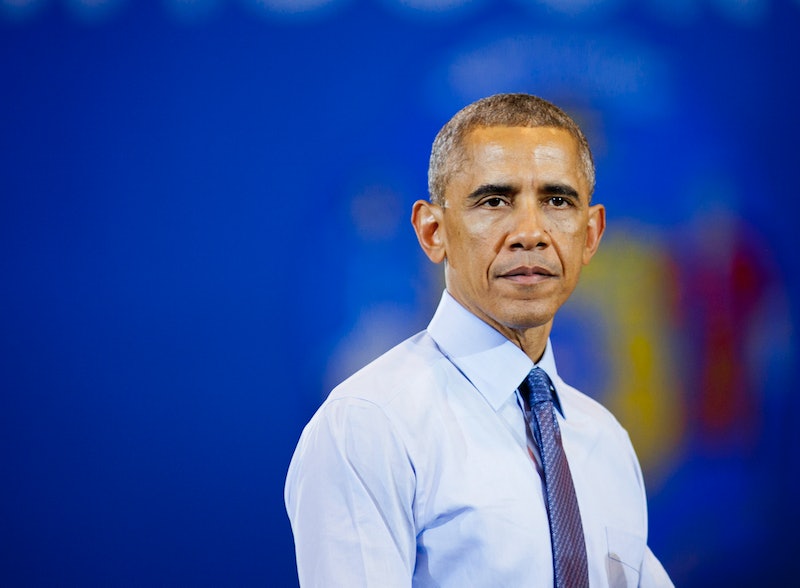 With a little under two years left to his presidency, Barack Obama has perhaps become bolder in his ideas and more willing to take on his Republican detractors: free community college, curbing entitlement growth, and now, in what could be one of his most controversial suggestions yet, President Obama broached the idea of mandatory voting, saying it could be "transformative" for the nation.

Addressing a civic group at a Cleveland town hall on Wednesday, Obama discussed the pervasiveness of big money in U.S. politics and attached it to the issue of voting rights, CBS News reported. Stressing that the U.S. should make it easier, not harder, for its citizens to vote, Obama pointed to Australia, where mandatory voting is in place.

Other countries have mandatory voting ... It would be transformative if everybody voted. That would counteract money more than anything. If everybody voted, then it would completely change the political map in this country.

The president also had another argument for making voting compulsory: To encourage those typically disinclined to vote an opportunity to express themselves in politics and exercise their right as an American citizen — something that many Republican lawmakers have worked to impede.

The people who tend not to vote are young, they're lower income, they're skewed more heavily toward immigrant groups and minorities... There's a reason why some folks try to keep them away from the polls.

According to the Associated Press, Obama is correct in that regard. The news wire reported that the United States Election Project found that less than 37 percent of those eligible to vote cast ballots in the 2014 midterms, a dismal figure by any means.

On top of that, the president's optimism that high voter turnout could potentially cancel out the effects of big money in politics — already so detrimental to the democratic process — is a compelling one. Jury duty, taxes and public education is all mandatory, so why shouldn't voting be, too?

Persistently low voter turnout on election day has led a number of political scientists to float the same idea, but critics have questioned its practicality and methods of enforcement. And of course, with any potential law in the U.S. that makes something a requirement, the question of freedom arises — does freedom to vote also mean the freedom to not vote?

Mandatory voting also raises the issue of whether all citizens can be informed voters or not. Haydon Manning, an associate professor at Flinders University's School of Social and Policy Studies in Adelaide, South Australia, said that such a requirement could potentially damage the "democratic experience," backfiring on its intentions.

"Mandatory" voting makes it easier for politicians to keep the focus on attacking opponents, without being distracted by the task of encouraging a sometimes disillusioned party base to turn out. ...

Turning the vote out might not be a problem, but wooing disengaged citizens now requires banal sloganeering and crass misleading negative advertising. To me, this can diminish the democratic experience for those who take the time to think through the issues.

Since the Supreme Court's ruling in Citizens United, super PACs have sprung like wildflowers during election campaigns, skewing the essence of a democratic country and steering the course of the elections. USA Today reported that in his Wednesday speech, Obama said it would be "fun" for the U.S. to consider a Constitutional amendment to change big money's role in the electoral system — but conceded that its chances were slim.

Realistically, given the requirements of that process, that would be a long-term proposition.

According to the Institute for Democracy and Electoral Assistance, today, at least 26 countries require citizens to vote, including Belgium, Peru, Uruguay and Singapore.