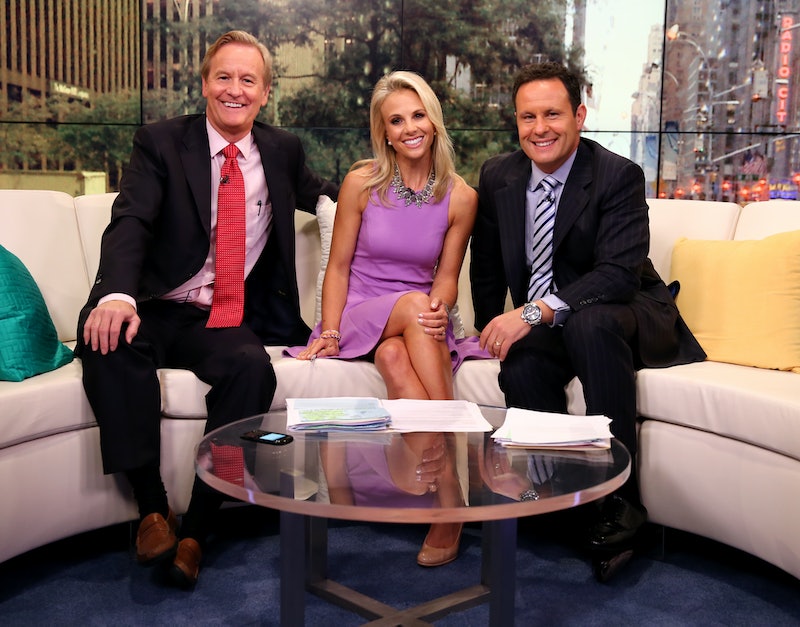 This week, all-white participants on a Fox News panel demanded an “apology” for a Black History Month event, as Talking Points Memo reported. In a display of intolerance sadly characteristic of the network, guests on Thursday morning’s Fox & Friends program complained about their Virginia school district’s event, which was designed to raise awareness about police brutality. The pair claimed the event was inappropriate for their young daughter, although the subject matter seems more pertinent than ever — especially in Virginia — in the light of Martese Johnson’s recent bloody arrest.

A headline declaring “Trouble With Schools,” introduced the segment, during which the Black History Month event was censured for “pushing an anti-police program.” Ominous music abounds. The guests, identified as Charles and Rebecca on the show, are the shell-shocked parents of an 8-year-old girl who attends public school in Virginia’s Orange County district. Rebecca described the offending event, telling host Elisabeth Hasselbeck:

Everywhere that we looked were students, high school students, wearing shirts that said "Black Lives Matter," "I Can't Breathe."… As I was flipping through my program, it had "Hands Up, Don't Shoot." It had quite a few different acts that I was worried were going to be quite controversial.

Rebecca, in distress, messaged her husband about her concerns (“This isn’t exactly what I thought it was going to be…”). Charles, a deputy sheriff, messaged back that she should pull their daughter out of the situation and return home. Rebecca determined that she would stay on, since their daughter had a commitment to sing a Motown medley with the school choir. Then, she told the host:

Students started coming out on stage saying things like, "I'm from Ferguson, Missouri. I was told to put my hands up. I did and I was shot seven times. My name is Michael Brown." … I immediately realized that this was not something that was a good idea for my daughter to be seeing.

Charles said that the traumatic event had had ongoing effects on their child: “[She] had some serious questions as to why do cops shoot black people, and why do cops shoot good people.” The parents then felt pressured into having a discussion with their daughter about current events, “which we should never have had to have had,” noted Charles.

The “Trouble With Schools,” it seems, is that they’re making kids think. Prompting a child to contemplate this sort of moral question is clearly an offensive and dangerous undertaking, requiring an admission of guilt. “The response from the school board has not been satisfactory,” Charles said. “There has been no apology. There has been no 'This will not happen again.' And that needs to be done.”

Hasselbeck bade goodbye to the pair, reassuring them that no doubt the story would have plenty of people “rallying around you.”

Meanwhile, in New Jersey earlier this month, a sign in a store window encouraging people to celebrate “White History Month” — and incorporating Ku Klux Klan imagery — was removed due to public backlash.