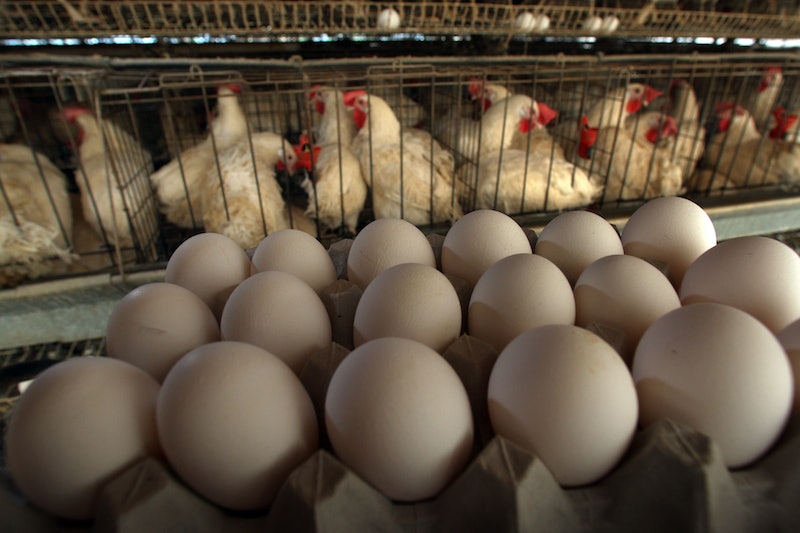 For good reason, the recent recall of Kraft Macaroni and Cheese caused quite the stir. People were finding “metal shards” in their boxes of mac and cheese. Kraft Foods since recalled 242,000 cases, or 6.5 million boxes, of its Macaroni and Cheese. But, as TIME pointed out, finding metal pieces in food boxes isn’t actually that much of an anomaly. There are many foods that are commonly recalled. While Kraft Foods recall was pretty massive and garnered a lot of attention because of the product’s sweeping popularity, everything from ice to cereal has been sold with bits of metal in it. And the contamination of food with foreign objects, such as “metal shards,” is just one of the many reasons that food can be recalled.

Some of the most common reasons for food recalls are the presence of undeclared allergens, Salmonella, and contamination with Listeria monocytogenes. Other reasons that make the list are nutrient imbalances in the food and drug contamination.

That’s a lot to worry about. And with the recent Purina lawsuit for selling "toxic" dog food that allegedly killed thousands of dogs, even our pets aren’t safe from food recalls. While these recalls are pretty much out of our control — who would’ve guessed there would be metal in that box of Kraft Macaroni & Cheese? — what we can do is be cognizant. Here are some of the foods that are most frequently recalled, so you’ll know what to keep a particularly close eye on next time you’re at the supermarket.

Chicken is the most popularly bought meat in the U.S., and it’s also one of the most common causes of foodborne illness, The Huffington Post reports. Chicken is commonly recalled for Salmonella, so be sure to keep chicken cold and to cook it thoroughly.

Cantaloupe’s porous rind makes it more susceptible to contaminants. Moreover, since it’s not an acidic fruit, pathogens grow more easily once you cut it open, The Huffington Post says.

If you’re worried about undeclared allergens, keep a close eye out when buying baked goods. Unlabeled allergens, including nuts, wheat, soy, dairy, and eggs, still top the list of reasons for food recalls, The Huffington Post reports, and baked goods are a big culprit.

Think clover, mung bean sprouts, and alfalfa. These seemingly innocuous and nutritious sprouts have been linked to an estimated 30 food-related illness outbreaks since 1996, The Huffington Post reports.

Beef is one of the most common products to which E. coli can be traced, TIME reports.

Eggs, like chicken, are one of the most common transmitters of Salmonella.

More like this
Tacos Are Chef Kay Kay’s True Love Language
By Maxine Harrison
I Tried The $20 TikTok Viral Oishii Strawberries — Here's What I Thought
By Sophie Hanson
Trust Me, Pickle Martinis Are The New It Drink Of The Season
By Emma Carey
The Finger Lickin’ Good KFC x HYPE Collab Serves A Bucket Bag For Chicken
By Darshita Goyal
Get Even More From Bustle — Sign Up For The Newsletter